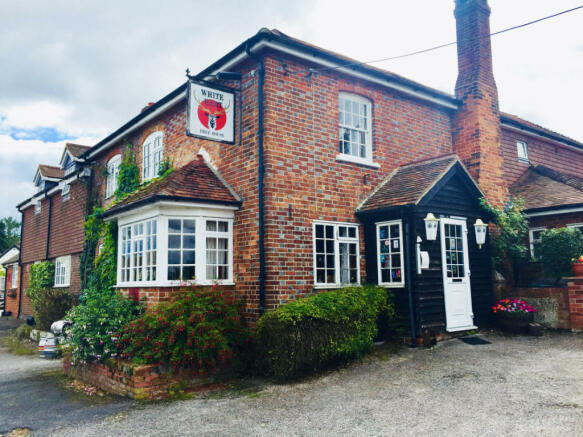 The White Hart is a large detached property of brick construction under a pitched tiled roof with an extension to the rear. The pub is set in its own grounds of approximately half an acre, with the original building dating back to the early 19th Century.

The extension was added in 2004 by the current owners, which allowed the addition of the nine letting bedrooms. The first floor of the main building provides spacious four bedroom owners' accommodation which has seen a recent refurbishment.

The White Hart occupies a prominent position in the picturesque village of Charter Alley in North Hampshire. The property lies approximately five miles to the north west of Basingstoke and draws much of its business from here and the surrounding villages.

Junction 6 of the M3 is six miles to the south of the property allowing easy access and provides additional business from other local towns such as Farnborough and Winchester.

The inside of The White Hart is sectioned into several areas including two bars, a large dining room with exposed beams, a family room and a ‘snug’, totalling to over 100 covers.

The space has great potential and allows for a number of layout options which could be altered, depending on the ongoing plans of the new owner. The letting bedrooms have their own entrance from the rear car park with a reception area, allowing guests easy check-in.

The property also boasts a well equipped trade kitchen with good quality equipment and separate preparation and wash up areas. There is also a basement level beer cellar and separate dry store, as well as ladies and gents toilets and office area.

We are advised that most of the fixtures and fittings will be included in the sale, with the exception of a few personal items, which the owner would like to keep.

The White Hart has nine en suite letting rooms which are currently set up as double rooms. All rooms have WiFi, high definition TVs and tea and coffee making facilities. The letting rooms were added in 2004 and provide an additional lucrative revenue stream to the business. Room bookings are mainly driven from the corporate market mid week and leisure market on weekends.

The White Hart is set on its own plot of land and has front and rear parking for a total of circa 30 vehicles. There is ample on street parking to the front of the property as well. There is also an attractive beer garden to the rear with landscaped borders and benches for customer use.

On the first floor of the property and consists of four bedrooms, two en suite, a separate bathroom and a lounge.

The White Hart has a reputation in the area as a quality eating and drinking establishment that is frequented by locals, as well as visitors from the surrounding towns and villages. The pub has been listed in the Good Beer Guide for 25 consecutive years.

The rooms are of a good standard and currently run at approximately 60% occupancy, with much of their trade coming from the local corporate market.

The current owners have scaled back the operation to suit their lifestyle with figures showing a consistent turnover of c.£200k pa representing a significant opportunity for a new owner to increase revenue.

The Rateable Value is £12,000 for the year commencing April 2010. Current rates payable are zero.

To view this media, please visit the on-line version of this page at www.rightmove.co.uk/commercial-property-for-sale/property-62877557.html 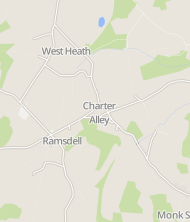 Disclaimer - Property reference 4850010-fh. The information displayed about this property comprises a property advertisement. Rightmove.co.uk makes no warranty as to the accuracy or completeness of the advertisement or any linked or associated information, and Rightmove has no control over the content. This property advertisement does not constitute property particulars. The information is provided and maintained by Christie & Co , Reading. Please contact the selling agent or developer directly to obtain any information which may be available under the terms of The Energy Performance of Buildings (Certificates and Inspections) (England and Wales) Regulations 2007 or the Home Report if in relation to a residential property in Scotland.