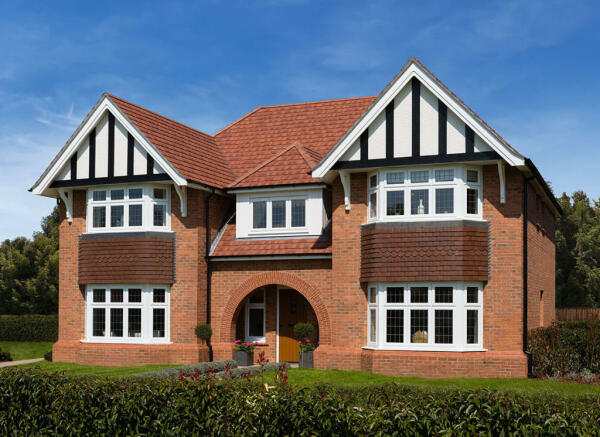 
The Blenheim is an executive home of the very highest standard offering five double bedrooms and extensive living space that will meet all the needs of your family and your guests.
With its impressive double bay window frontage, with central arched entrance and delightful brickwork detailing, the Blenheim makes a powerful first impression which the interior more than lives up to.
The full width living area comprises a designer kitchen, with top quality appliances and convenient utility / boot room with exterior access, a central dining area with patio doors to the garden and a separate seating area, making it the hub of family life. You'll also find a separate lounge and dining room/study, both with bay windows, and a downstairs cloakroom.
To the first floor, there are five bedrooms, all double in size, including a magnificent master suite with dressing area and en-suite, plus a second en-suite bedroom. The landing is large enough for a seating area, while the family bathroom has a separate bath and shower.
A substantial home of the very highest specification, the Blenheim delivers everything the discerning homebuyer demands.

Working in London doesn't mean you have to live in the city. Kings Hundred is a delightful place to set up home, situated in open countryside, four miles to the west of Woking, in the village of Bisley, yet it is just 35 minutes from London by train from nearby Brookwood Station, making your commute quick and easy.

Bisley brings you the best of both worlds, with plenty of open spaces and greenery, yet all the facilities of the town within easy reach, as well as all of the opportunities and attractions of the city. Which makes it the perfect place for our Heritage Collection homes, which themselves give you the best of both, with traditional Arts and Crafts inspired architecture and family friendly modern interiors.

There is a Sainsbury's local in Bisley and a larger Sainsbury's store in nearby Knaphill, along with Waitrose and Morrisons supermarkets in Woking town centre.

Nearby Knaphill has an impressive selection of local restaurants, including La Bella Amalfi (Italian), The Garibaldi (pub grub), Forbidden City (Chinese) and Shimla Spice (Indian). There are also a number of excellent gastro pubs in the area, including the Hen & Chickens, The Nags Head and the Crickets Inn, along with the Inn at West End.

There is a choice of primary schools for Kings Hundred residents, with Bisley Church of England Primary (rated Good by OFSTED), Knaphill Lower School (rated Outstanding) and St Hugh of Lincoln Catholic Primary all close by. Bisley also boasts a popular nursery and a Montessori nursery can be found in nearby Knaphill.

Older children have a choice of high schools in Woking, including The Winston Churchill School, which is a specialist sports college, Woking High School, and the impressive Gordon's School, which is one of Britain's most academically successful state schools.

Golfers will be spoiled for choice with so many challenging rounds within a short drive, including Chobham, Westhill, Woking and Worplesdon golf courses. Alternatively, if you prefer shots of a different kind, you'll find the National Shooting Centre at Stickledown Range, Brookwood, with numerous shooting clubs you can join.

Woking town centre boasts a popular arts venue in The Ambassadors, which houses two theatres, the New Victoria and the Rhoda McGraw, along with a six screen, independent cinema, making it the focus for evening entertainment.

Woking has an excellent range of shopping, with its two major retail areas, Peacocks Shopping Centre and Wolsey Place now connected by Market Walk, which has a number of fascinating fixed stalls to browse around. You'll find all your favourite High Street names in town, along with a traditional farmers' market every third Thursday and selected Saturdays throughout the year. The Lion Retail Park in Woking is home to big name brands such as Argos and Currys.

Of course, with London just over half an hour away, a shopping trip to Oxford Street or Carnaby Street is easily achievable in an afternoon.

Trains from nearby Brookwood Station will speed you in to the capital in just 36 minutes, with regular rush hour services to London Waterloo. There are also regular trains to Farnborough, taking around 7 minutes. The station is well equipped for commuters, with almost 400 car parking spaces as well as storage for over 200 bicycles.


More information from this developer

To view this media, please visit the on-line version of this page at www.rightmove.co.uk/new-homes-for-sale/property-83004830.html 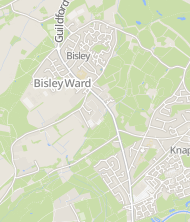 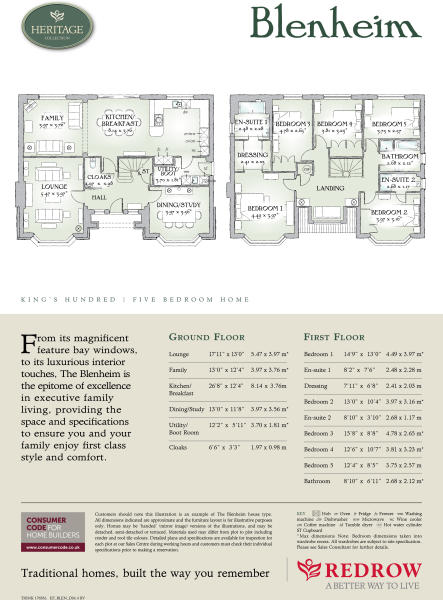 Disclaimer - Property reference 23ed7599-5e1f-4368-b3ec-ce1e3aa8f089-48_5_42_101368. The information displayed about this property comprises a property advertisement. Rightmove.co.uk makes no warranty as to the accuracy or completeness of the advertisement or any linked or associated information, and Rightmove has no control over the content. This property advertisement does not constitute property particulars. The information is provided and maintained by Redrow Homes (Southern Counties). Please contact the selling agent or developer directly to obtain any information which may be available under the terms of The Energy Performance of Buildings (Certificates and Inspections) (England and Wales) Regulations 2007 or the Home Report if in relation to a residential property in Scotland.