Has Wimbledon 2022 ignited your passion for tennis? In a nod to one of the sport’s most famous tournaments, we’ve picked popular second home destinations where you’ll have access to world-class tennis facilities. New balls, please… 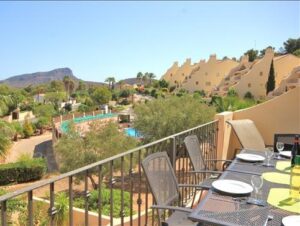 Recent decades has seen Spain develop into one of the world’s leading tennis nations, embodied by the record-breaking Rafa Nadal, deemed by many as the greatest player of all time. Little wonder the sport is popular throughout the Costas and Spanish islands, with clubs common in most towns and courts included as part of the leisure facilities in holiday resorts.

Mijas Costa is a stretch of the Costa del Sol where you’re never far from not only a golf course but also tennis court. Noteworthy facilities include the Lew Hoad Tennis Club, set amongst the urbanisations beneath Mijas and a few minutes from the beach at Fuengirola. In the Costa Blanca, the northern part around Dénia and Jávea has top-notch facilities at the La Sella Tennis Centre, Club de Tennis Jávea and Los Pinos Tennis Club.

Still on the mainland, Spain’s top-seeded tennis destinations include the renowned La Manga Club, situated by the Mar Menor in Murcia. This famous golf and leisure resort is a popular training camp venue for national sports teams. It recently invested €2million upgrading its tennis academy, the result being the new Racquets Club, now deemed one of the best venues in Europe. 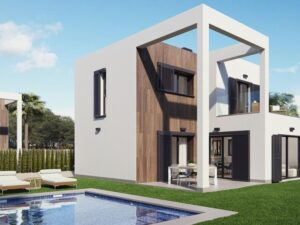 Then there is Mallorca, a tennis mecca and home to the famous Rafa Nadal Academy in Manacor, the local hero’s hometown in the east of the island. Over in the southwest near Palma, is the prestigious Mallorca Country Club in Santa Ponsa. Created in collaboration with Wimbledon and currently the only club in Europe with all three championship level surfaces (real grass, clay and hard), it hosts the high-profile ATP Mallorca Championships.

Five minutes away in the resort of Peguera is the Tennis Academy Mallorca, where the likes of Boris Becker, Tommy Haas and Steffi Graf have trained over the years.

Reflecting the international cachet of its leisure resorts, the Algarve is a hot spot for world-class tennis facilities. Unsurprisingly, the upmarket Golden Triangle area is the centre of it all. The Campus sports complex in the resort of Quinta do Lago includes acrylic and clay courts, while the neighbouring Vale do Lobo has one of Portugal’s largest tennis facilities, with nine hard courts and four clay. Vilamoura has a nine-court academy, but another nearby option is the Algarve Tennis and Fitness Club in Almancil, which boasts five tennis courts (acrylic, artificial grass and clay). 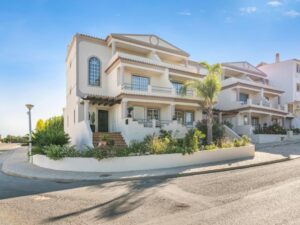 Elsewhere in the Algarve, the Pine Cliffs Resort near Albufeira has a five-court facility that is managed as an Annabel Croft Tennis Academy. The resort is managed by Marriott International and has investment options with fixed rental returns.

Further west on the edge of Portimão is the Penina Hotel & Golf Resort, also with a five ATP hard courts. The friendly family resort of Praia da Luz in the western Algarve also courts, located near the beach and used by the Jonathan Markson Tennis Academy.

These days, leading ski resorts offer just as much action off the slopes as on and some have embraced tennis as a year-round activity. Chamonix has two tennis centres, namely the impressive Richard Bozon Centre in Chamonix town and smaller Tennis Des Iles in Argentière further down the Valley. Still in France, tennis fans can get plenty of game time in the Méribel Valley – home to 13 courts and the Tignes-Espace Killy area, which has a total 20 courts dotted around the villages.

Across into the Swiss Alps, Gstaad isn’t just a luxury ski destination – it hosts a highlight of Switzerland’s sporting calendar, namely the Swiss Open, part of the ATP Tour and dubbed the ‘Wimbledon of the Alps. The sports centre there offers year-round tennis. 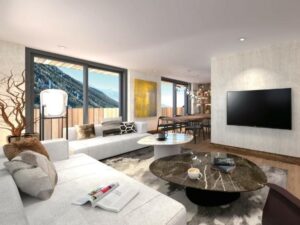 An equally esteemed venue on the international tennis circuit is the Klosters Arena, located in royals-favourite Klosters. Opened in 2016, it has six outdoor clay courts, including a small stadium, as well as three indoor courts, making it good enough to host tournaments on the ITF Tour.