Looking for a deal with two-wheel appeal?

One positive upshot of lockdown is more of us spending family time outdoors on our bikes! So why not choose somewhere with exciting cycling trails when you’re hunting for your perfect overseas home? Here are a few ideas… 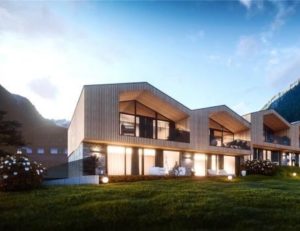 Tyrol, Austria
A mecca for mountain-bikers from around the world, the Alpine region of Tyrol is just as exciting for thrill-seekers on two wheels as it is for skiers in the winter months. This picturesque corner of Austria boasts a staggering 6,000 kms of designated mountain bike trails with routes suited to all levels and many accessed by cable cars, as well as 300kms of trickier single-track paths.

It’s home to the 1,000-km Bike Trail Tyrol, the longest continuous mountain bike trail in the Alps. Serious bikers could start their house-hunt in the scenic Paznaun Valley area, where 754 kms of trails make it one of the largest and most varied biking domains in Europe. Paznaun villages there include See, Kappl, Galtür and well-known ski hub Ischgl, which hosts the legendary Ischgl Ironbike, an annual 75.8km race across gruelling mountain terrain.
Getting there: Fly to Innsbruck, alternatively Munich or Salzburg 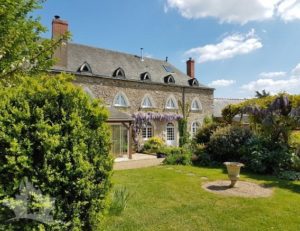 Large character house in the Loire

The Loire, France
A land of diverse rolling landscapes and meandering waterways, wherever you are in France you’re likely to have access to safe, scenic cycling. This is thanks to the country’s national network of ‘voies vertes’ (green routes), dedicated trails through the countryside that typically follow canal towpaths and disused railway lines. Longer dedicated cycle routes that combine green routes with strectches of minor roads are called ‘véloroutes’.

The Loire Valley, which snakes between the Pay-de-la-Loire and Centre regions, is a popular cycling destination thanks to its 2,800km of cycleways. This includes the La Loire à Vélo (The Loire by Bike) trail, a trans-regional route that crosses two regions, six départements and six major urban areas. Besides the plentiful cycle paths and pretty river scenery, bicycle trips through the Loire Valley take in some of France’s most picturesque old towns and chateaux, including those at Amboise, Angers, Blois, Chinon, Montsoreau, Orléans, Saumur and Tours.
Getting there: Drive via Calais (5.5 hours) or other ferry-port (most less than four hours). 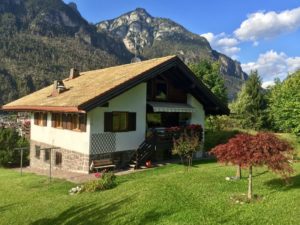 Trentino, Italy
A mountainous province that includes the highest peak in the Italian Dolomites, Marmolada, and a section of Lake Garda, Trentino is a real gem for all types of cyclists. Serious road bikers will know it for its climbs and winding mountain roads, as well as its famous Giro del Trentino and Maratona dles Dolomites races. Mountain-bikers are spoilt for off-road trails, popular areas being around Val di Fassa and Madonna di Campiglio, where cable cars stay open all year for reaching high peaks.

And thanks to recent government investment, Trentino now has more than 400 kms of bike trails, much of them tarmac, making its cycling networks one of the largest of all Italian provinces. Many of the routes are gentle and suited for family outings, such as those around the northern shores of Lake Garda or the Valsugana around Lake Caldonazzo.
Getting there: Fly to Verona, Bergamo, Milan, Venice, Bologna 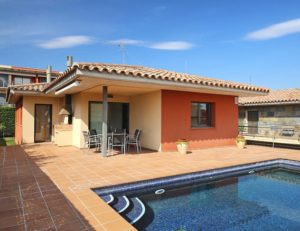 Alt Empordà, Catalonia
The northern half of Spain’s Costa Brava is home to the verdant Alt Empordà district, which boasts a web of largely undiscovered cycle trails. The diversity of the landscape there makes it an especially enjoyable place to explore on two wheels. On the coast, it includes the sweeping Bay of Roses, where paths skirt Mediterranean beaches beside pine forests, passing through pretty villages such as Sant Martí d’Emuries or through the wetlands area of Aiguamolls Natural Park. North of the bay takes you to the enchanting, craggy pensinsula of the Crap de Creus natural park, with its choice of trails, some ending at the picture postcard fishing town of Cadaqués.

Inland from the bay, before you enter the picturesque wooded foothills of the Pyrenees, which offer plenty of off-road trails for mountain-bikers, easy gravel paths meander through orchards and farmland around ancient villages, stretching inland towards the pretty town of Figueres, birthplace of the region’s most famous son Salvador Dalí.
Getting there: Fly to Barcelona or Girona.