What a time to be alive. Facebook and Twitter are huge, but few would have ever believed that social media could become so powerful that it would lead to one of the greatest revolutions in the history of humanity.

In case you are in any doubt, I am referring to the uprisings which have now led to the governments of both Tunisia and Egypt being overthrown by their subjects, a civil war in Libya which now involves the UK, the US and NATO, major protests in Algeria, Bahrain, Iran, Djibouti, Iraq, Jordan, Syria, Oman and Yemen; and minor protests in Kuwait, Lebanon, Mauritania, Morocco, Saudi Arabia, Sudan and Western Sahara.

Years of suppressed anger at oppression and mistreatment have exploded and the Middle East North Africa region will never be the same again. But what does this mean for Turkey?

Turkey borders the MENA region. Turkey is a secular Muslim country; there lies the potential for fear over possible knock on effects of the revolution. 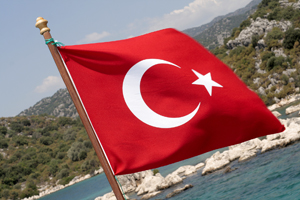 There will be no revolution in Turkey as some people have suggested. Yes, Turkey has still got human rights issues to resolve, and yes, Turkey needs to do a lot of work to bring its standards on press freedom and freedom of speech up to western standards. But Turkey is a democratic country with a stable government. In fact, the ruling AK party recently passed a bill called the Constitutional Reform Bill, which will take the military out of Turkish governance for the first time since the 1980 coup.

So stable is the Turkish government that it is being hailed as a shining example of how a Muslim country can have a democratic political system.

What’s more the AK Party is currently riding a wave of popularity as the economy booms, and employment and affluence rise. Experts expect the party to win a third term in the election in June.

Thus, Turkey is still a safe place to buy/invest in property. Not only is the government stable, but the economy is stable as well. The budget deficit has fallen to below 2%, and inflation has just fallen to the lowest level since 1970 at 4.2% in March. This gives the Central Bank masses of room to control interest rates, which are currently also at a record low of 6.2%. What’s more the economy grew 8.4% in 2010, and the expectation is for at least 6% growth this year.