What 2019 meant for British buyers abroad!

Brexit and unrest at Westminster have made 2019 a roller coaster year for the UK, especially for anyone planning to move to Europe. At the same time, many of us have weathered the conditions and pressed on with a purchase on the Continent. Here’s a snapshot of what has shaped the overseas property landscape for British buyers during the past 12 months… 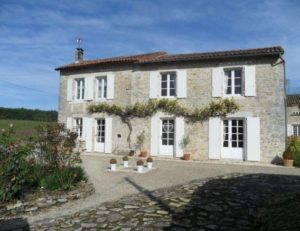 Brexit uncertainty
“Nothing is agreed until everything is agreed”, said those in power attempting to negotiate an agreement for the UK’s departure from the EU. Which has left us all floundering in the dark somewhat since that Referendum three-and-a-half years ago.

Trouble is, however acceptable (or unacceptable) any terms of a blueprint withdrawal deal (with a transition period) appear, until they are first agreed in principle and then ratified by both UK and European parliaments, they remain draft agreements! Three rejections of draft deals by Westminster, the resignation of one PM and appointment of another, two missed Brexit deadlines, various extensions and ‘flextensions’ and a general election later, and it would appear that finally we are close to reaching this pivotal point and some much-needed closure.

At least for now, we will leave the EU at the end of January 2020, highly likely with a deal and transition period fixed until the end of next year. In the interim, many of us have put life-changing decisions on hold, including moving to an EU country or even buying property in one. 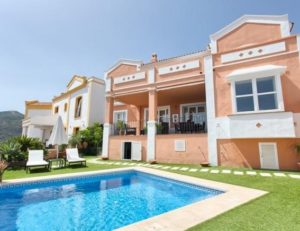 For people planning to relocate to EU countries, it’s details about their healthcare and pension rights as a non-EU citizen that are especially salient. The first few months of 2020 should see many of these questions answered.

The go-getters!
All that said, stats from overseas property firms indicate that swathes of British people brushed aside the fear of the unknown and pressed on with relocation and buying plans. Deal or no-deal, they decided that Brexit and the dithering of the UK government were not going to stop them carrying out their life-long dream – life is too short, after all.

Leading French agent Leggett Immobilier reported a record number of enquiries from UK buyers in the first six months of 2019, saying “sales since January have been through the roof”. This was off the back of a report from bank BNP Paribas International showing that sales of French property to British buyers rose five per cent in 2018 “despite the uncertainty caused by Brexit”, so that British buyers make up 27 per cent of all foreign sales – more than any other country. 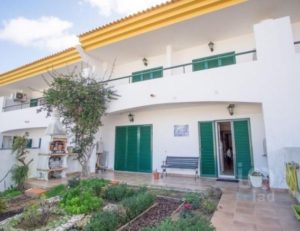 For many people, Portugal’s Algarve ticks all the boxes!

It’s a similar story in Spain, where in 2019 Brits retained their crown as the largest group of foreign buyers. They account for 14 per cent of the overseas market, way ahead of the next largest groups, namely the French and Germans, with 8.4 per cent and 6.6 per cent respectively. While UK demand on the Costas has fallen since Brexit, according to figures from the Spanish Notaries Association, it is still significantly higher than it was in the crisis years between 2009 and 2013.

A survey done this year by Property Guides shows that the Costa Blanca is the number one destination for Brits, attracting 42 per cent of all votes. Close behind is the Costa del Sol, with 38 per cent, followed by the Costa Almería (31 per cent), the Costa Cálida (18 per cent), Valencia (17 per cent) and the Costa Brava (14 per cent).

Rate expectations!
British buyers enjoyed a welcome – if temporary – upswing in the pound’s value towards the end of the first quarter of 2019, when it hit highs of €1.16 at the end of March and into April. This came after spending most of 2018 trundling along between £1/€1.12 and £1/€1.13. But many potential buyers still held on to memories of the pre-Referendum rate of £1/€1.30-plus, causing some to hold off their property search in the hope of a turnaround in the pound’s value. 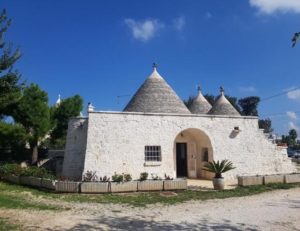 Puglia in Italy is home to unique ‘trullo’ character homes!

Alas, the situation got worse. Worsening economic and political sentiment, but in particular the escalating fear of a no-deal Brexit, meant that in the second week of August the rate plummeted to a 10-year low of £1/€1.072. The pound recovered quickly though and the Conservative’s majority win at the December election caused a two-and-a-half year high against the euro (£1/€1.19)!

Sensible buyers will be speaking to currency specialist Smart Currency Exchange, who can offer guidance on the optimum way to exchange and transfer euros to Europe, according to your personal needs. To learn more, visit our Currency Zone.

Cheap mortgages
Some good news across European markets in 2019 has been the historically low costs of a euro-mortgage. The European Central Bank’s Euribor, to which banks based in the EU peg their mortgage rates, has spent the year lingering in negative territory. This year has seen a keenness amongst European banks to lend to Brits and other foreigners, with some very enticing deals. In France, for example, brokers are quoting rates of from 1.3 per cent fixed for 15 years (with a 60 per cent loan to value)!