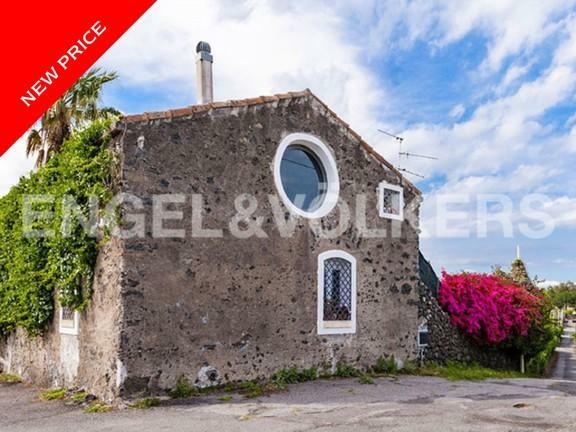 A charming farmhouse, built in the early 20th century according to traditional building techniques, still preserves the characteristic lava stone façade. The property has been recently renovated with care and modernity.
Located near the sea and surrounded, in part, by the nature reserve of the "Timpa" of Acireale, it has a living area that extends over the entire ground floor, consisting of a cozy living room with open kitchen, a very bright studio, a bathroom and a laundry room. The sleeping area is on the intermediate floor, served by an elegant master bathroom.
The rooms overlook the well-kept surrounding garden of about 320 m², equipped with an automatic irrigation system that draws from an underground water reserve of 2,500 liters.
All installations are in accordance with legal standards and the house is equipped with heating system.
The property is located near Acireale, the second most populous municipality of the metropolitan city of Catania, which is famous for its history, churches, for the Baroque and for the noble palaces that enrich not only the historical centre, but also many other corners of the city.
Abroad it is known for its Carnival and for some picturesque villages on the Ionian sea (Capo Mulini, Santa Tecla, Santa Maria la Scala, Pozzillo) and the "Timpa", a promontory about 80 meters high and sheltered by lush Mediterranean vegetation. A nature reserve of the Timpa was established in 1999 in order to protect the enormous naturalistic, geological and landscape heritage of the area.
The hinterland is mostly cultivated with citrus trees that, in the flowering period, smell the air with its blossoms. The closest airport based in Catania is around twenty kilometers away. 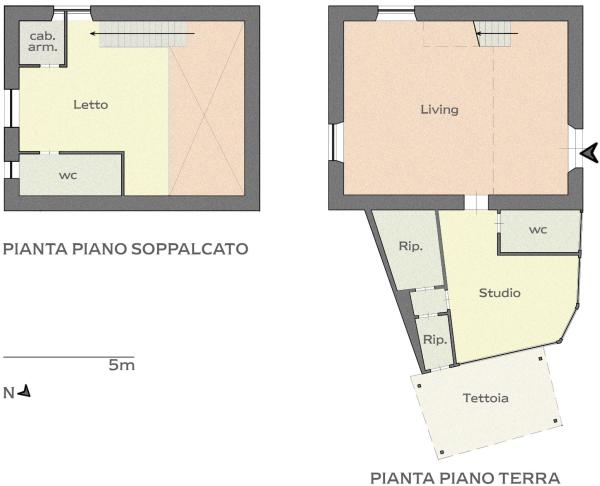 Engel & Völkers is one of the worlds leading service companies in the provision of high quality residential and commercial real estate and yachts in the premium segment. With its licensing system and the 5,000 employees in 38 countries Engel & Völkers is the only German company among the top 100 franchise companies in the world. Around 540 shops specialized in high residential real estate and 60 commercial offices which provide office, retail and industrial space, investment properties, residential and commercial buildings and property portfolios offer private and institutional clients a professional range of services.

This is a property advertisement provided and maintained by Engel & Voelkers Italy, Engel & Volkers Taormina - Etna (reference W-02FG1K) and does not constitute property particulars. Whilst we require advertisers to act with best practice and provide accurate information, we can only publish advertisements in good faith and have not verified any claims or statements or inspected any of the properties, locations or opportunities promoted. Rightmove does not own or control and is not responsible for the properties, opportunities, website content, products or services provided or promoted by third parties and makes no warranties or representations as to the accuracy, completeness, legality, performance or suitability of any of the foregoing. We therefore accept no liability arising from any reliance made by any reader or person to whom this information is made available to. You must perform your own research and seek independent professional advice before making any decision to purchase or invest in overseas property.

Engel & Völkers Taormina - Etna Piazzetta Leone, 2 98039 Taormina Italy
More properties from this agent
Request Details
or call 03339 395574
Calling from outside the UK? 00393473883443
Save Property
Add Notes
Please sign in or create an account to add notes
Print
Send to Friend