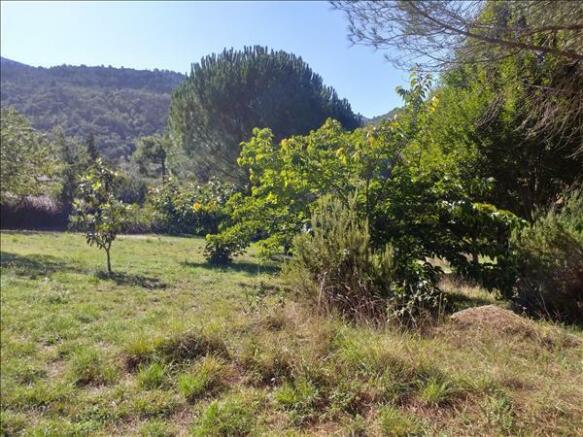 Alet-les-Bains is located near a hot springs in Aude in the south of France. The village is roughly one and a half hours from the sea and one hour from a winter sports centre. To each side of the village, the mountains come to a height of 750 metres above sea level.
The origins of the abbey of Alet-les-Bains are unknown other than that of a priory in the eighth century. It was likely founded by Béra, viscount of Razés. By the twelfth century, it had much influence and many pilgrims. In 1318, the abbey became a bishopric in order to continue the fight against the Cathars; as it stayed until the French revolution. The diocese had eighty Parishes and spanned from Formiguères to Saint-Paul-de-Fenouillet. A wall, with four gates, built in the twelfth century to protect the abbey can still be seen today.
The main sights of the town include: Abbey and cathedral of the seventh century; Medieval, fortified castle; Hotels of the twelfth and fourteenth centuries; Source of thermally heated water, discovered by the Romans over two thousand years ago; Thermal spa.

More information from this agent

ACI is a joint English/French run estate agency in the most southerly, sunny part of France. We offer a friendly, informed, service for all aspects of property search, purchase, sale, rental & management as well as a full before and after sales service.

We can help with mortgage applications, business planning for investment purchases, and day-to-day practical matters from dealing with utility companies to getting your car registered.

Whether your interest is for holiday, retirement, or investment purposes; whether you are looking for a pied-à-terre or a chateau and whether your budget is 20k or 1m - we are here to help.

This is a property advertisement provided and maintained by Century21 ACI, Limoux (reference 88574_AUD1L2526C3419) and does not constitute property particulars. Whilst we require advertisers to act with best practice and provide accurate information, we can only publish advertisements in good faith and have not verified any claims or statements or inspected any of the properties, locations or opportunities promoted. Rightmove does not own or control and is not responsible for the properties, opportunities, website content, products or services provided or promoted by third parties and makes no warranties or representations as to the accuracy, completeness, legality, performance or suitability of any of the foregoing. We therefore accept no liability arising from any reliance made by any reader or person to whom this information is made available to. You must perform your own research and seek independent professional advice before making any decision to purchase or invest in overseas property.