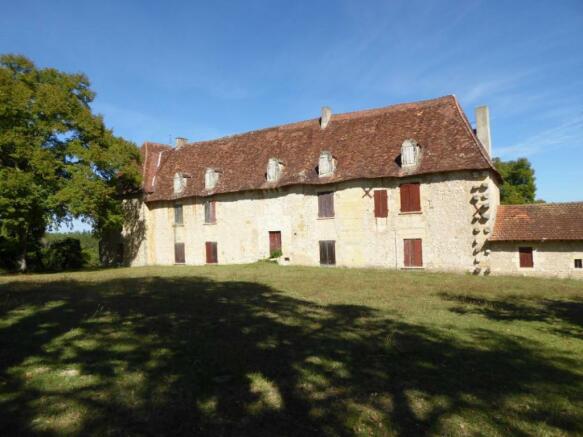 Magnificent property of 6.5 hectares of meadows and woods, in the center of Perigord at the gates of Perigueux. On a hill, authentic castle of the XVII which follows a former noble haunt, already known at the beginning of the XVI century. Surrounded by a quadrangular enclosure or appear of old machicoulis in some places. Under a pediment with ailerons, the portal dating from the seventeenth century is flanked by pilasters. The house has a square plan composed of two bodies of buildings with two levels. Its tiled roof is four-sided. It is pierced by skylights allowing the lighting of the attic and several chimneys take place there. Inside the castle in a large room paved pebbles, a fountain is installed since the eighteenth century. The writer Lagrange-Chancel lived in the castle during the eighteenth.

This is a property advertisement provided and maintained by Selection Habitat, RODEZ (reference 94792_1200924451) and does not constitute property particulars. Whilst we require advertisers to act with best practice and provide accurate information, we can only publish advertisements in good faith and have not verified any claims or statements or inspected any of the properties, locations or opportunities promoted. Rightmove does not own or control and is not responsible for the properties, opportunities, website content, products or services provided or promoted by third parties and makes no warranties or representations as to the accuracy, completeness, legality, performance or suitability of any of the foregoing. We therefore accept no liability arising from any reliance made by any reader or person to whom this information is made available to. You must perform your own research and seek independent professional advice before making any decision to purchase or invest in overseas property.