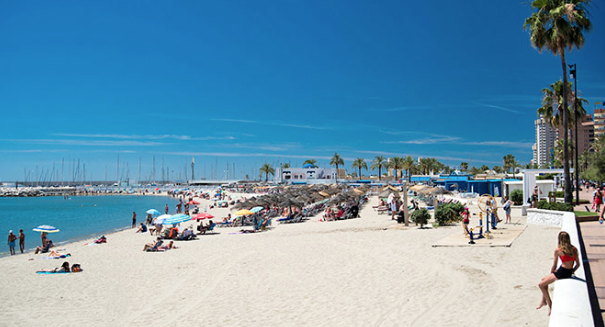 Situated between Malaga and Marbella, is a town on the Costa del Sol in southern Spain, known for its sandy beaches and a keen vacation spot. South of the city center, the medieval Moorish Sohail Castle towers over the coastline, and hosts concerts, festivals and a medieval market in summer.

Since the 1960's, foreigners have been discovering the joys of living in Fuengirola. At the beginning of the 1960's, there were around 8,500 people living in this small village. By 1980 there were some 30,000 and now there are over 63,000 official residents. In the summer season, this number swells enormously with tourists.

With its breathtaking panoramic views from the hills of Costa del Sol, this one of a kind property must be seen to be appreciated and would be ideal as a private mansion or with the high level of tourism in the area it could also work as a stunning hotel and restaurant.

Fuengirola is close to the Malaga Airport with other transit options available such as train and bus routes available.

Previously, a tiny fishing village, Fuengirola has become a vibrant metropolis with character. The advent of many up-market tapa bars, good cafes and restaurants, interspersed with chic boutiques and other shops of interest, as well as fabulous beaches makes it the perfect holiday destination.

The main square, Plaza de la Constitución, has been re-designed but still retains its unique enchantment. It looks pretty especially at Christmas, when it is decorated with very attractive lights and ornaments. It is also attractive during the Fuengirola summer feria, when the whole town takes part in the annual street celebrations.

A walk down the narrow, pedestrian streets leading off the main square is a voyage of discovery for the many visitors, who come across some of the hidden secrets and delightful corners of this friendly, Andalucian town.

At the moment we have this exclusive property located in Andalusia listed on the market and offers excellent qualities throughout.

Originally built by a Baron in 1955, this property went through a vast update designed by the well-known architect Anders Dyrup in which three years of work went into place starting in 2006 until the estate was completely restored with distinct focus on keeping the original Andalusian house style details, while having stringent focus on meeting the highest Scandinavian quality standards with all aspects of the project was closely monitored.

This is a property advertisement provided and maintained by Century 21 Dolce Vita, London (reference J-4) and does not constitute property particulars. Whilst we require advertisers to act with best practice and provide accurate information, we can only publish advertisements in good faith and have not verified any claims or statements or inspected any of the properties, locations or opportunities promoted. Rightmove does not own or control and is not responsible for the properties, opportunities, website content, products or services provided or promoted by third parties and makes no warranties or representations as to the accuracy, completeness, legality, performance or suitability of any of the foregoing. We therefore accept no liability arising from any reliance made by any reader or person to whom this information is made available to. You must perform your own research and seek independent professional advice before making any decision to purchase or invest in overseas property.