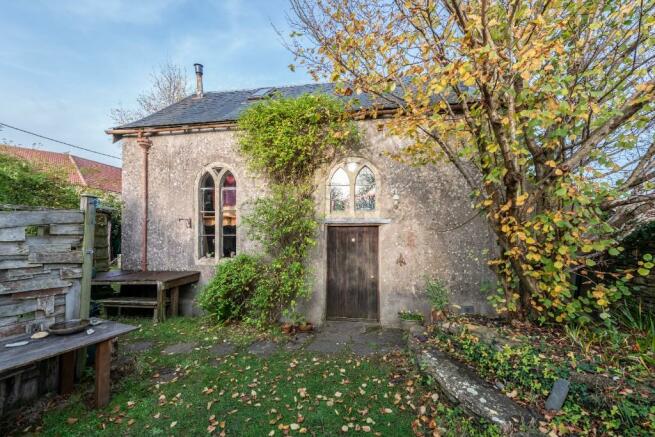 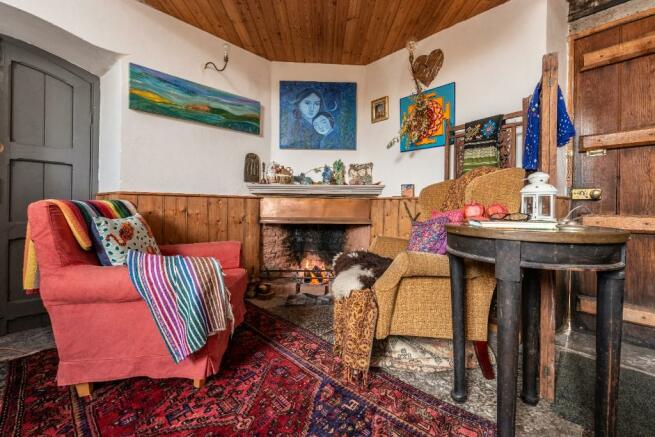 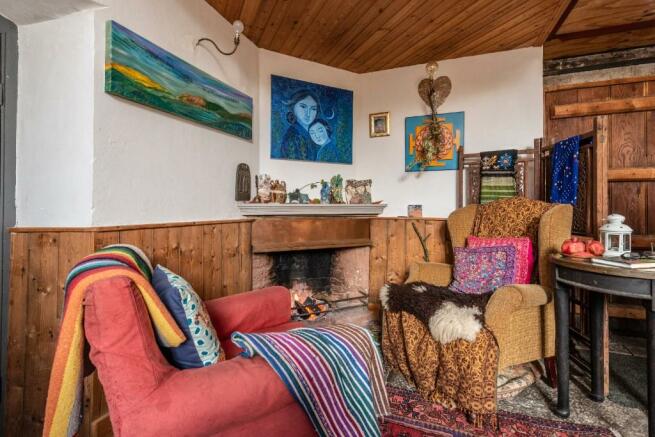 Situated in the very heart of the sought after village of Upton Noble is this thoroughly charming detached converted Chapel.

Once you have walked through the door you will be totally captivated and delighted by the light, space and true character of this truly unique home.

The ground floor is an open plan affair with flagstone floors. The quirky kitchen space has a generous dining area and an Aga and windows over looking the garden. Walking over to the sitting area why not take a seat by the fire and drink in the atmosphere?

Upstairs there is a mezzanine level with work space, bedroom and bathroom with a further bedroom up a second level.

There are long windows giving wonderful views over the adjoining Somerset countryside,

Outside, the gardens are private and enclosed. There is a detached cabin with woodburner and a workshop There is a lawned area with flower and shrub borders. There is a gate which opens on to the parking area.

Properties of this nature are rare to the market so we would advise early viewing.

Hunter French Estate Agents were formed in 2005 by Stephen Hunter and Karen Dumine both of whom had been working in corporate Estate Agency since 1996 and 1988 respectively.

They decided to join forces and opened an Estate Agency that actually focused on selling property rather than mortgages, overseas homes and insurances! In 2007 their second branch was opened in Corsham, followed by Devizes, Frome, Tetbury and now the latest office to open in 2020 is Bruton in Somerset headed up by D

Disclaimer - Property reference HFBR00115. The information displayed about this property comprises a property advertisement. Rightmove.co.uk makes no warranty as to the accuracy or completeness of the advertisement or any linked or associated information, and Rightmove has no control over the content. This property advertisement does not constitute property particulars. The information is provided and maintained by Hunter French, Bruton. Please contact the selling agent or developer directly to obtain any information which may be available under the terms of The Energy Performance of Buildings (Certificates and Inspections) (England and Wales) Regulations 2007 or the Home Report if in relation to a residential property in Scotland.