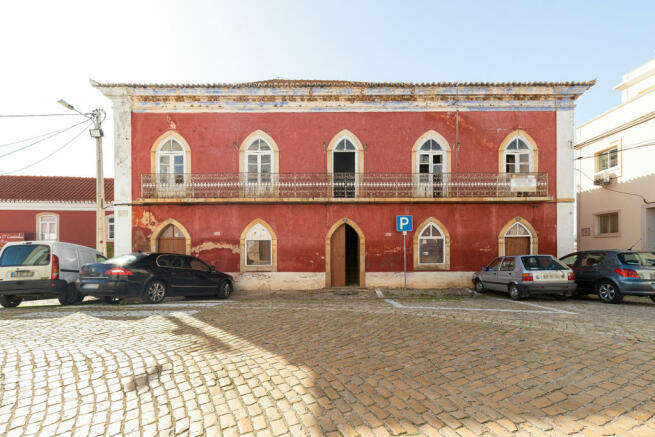 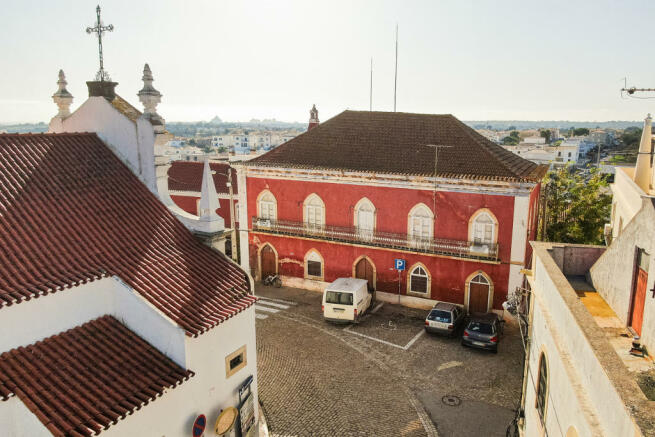 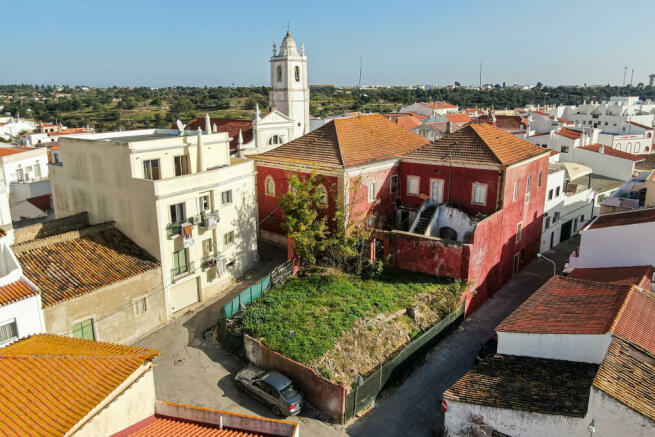 Manor house in Alcantarilha built in the early 20th century by João Narciso D´Oliva. The building consists of 11 bedrooms, kitchen, living room, patio with patio and cistern, running balcony, terrace and several rooms. The building needs rehabilitation works and has enormous potential for the construction of a boutique hotel or a Loft. This building was classified as a Property of Municipal Interest and is exempt from the Municipal Property Tax.This house, or built complex, acquires, due to its size and color, a great visibility in the urban agglomeration of the village, presenting two quadrangular bodies united, being the one on the west side of smaller dimensions in relation to the one located in front of the main façade of the church. It is exactly towards the entrance of the temple that the noble facade of this building is turned, thus demonstrating the social relevance of its owner.Given the unevenness of the land, the building was built on two floors on the main elevation and on three on the rear elevation. The roofs are all four-tiered, and the facades topped off by cornices, while also observing the mass wedges simulating ashlar stonework. The building acquires an important prominence in the Alcantarilha landscape, either for its red color of iron oxide, or for the regular set of spans with ogival stonework frame that appear in all the facades. Inside, there are still visible mural paintings, also highlighting the central staircase leading to the upper floor with an elegant iron railing similar to that found outside.

We are a real estate agency that has the goal not only to meet the expectations of our clients, but to exceed them.

Whether you’re trying to buy or sell a property, we will work closely with you so that we can get the best deal, together. Our team of real estate agents is experienced, trained, focused on getting the best results. We know that having good listings is not enough to meet the needs of those who are looking for a home. We study the local market to give you the best recommend

This is a property advertisement provided and maintained by SouthPort Realty Unip Lda, Carvoeiro (reference 199729) and does not constitute property particulars. Whilst we require advertisers to act with best practice and provide accurate information, we can only publish advertisements in good faith and have not verified any claims or statements or inspected any of the properties, locations or opportunities promoted. Rightmove does not own or control and is not responsible for the properties, opportunities, website content, products or services provided or promoted by third parties and makes no warranties or representations as to the accuracy, completeness, legality, performance or suitability of any of the foregoing. We therefore accept no liability arising from any reliance made by any reader or person to whom this information is made available to. You must perform your own research and seek independent professional advice before making any decision to purchase or invest in overseas property.