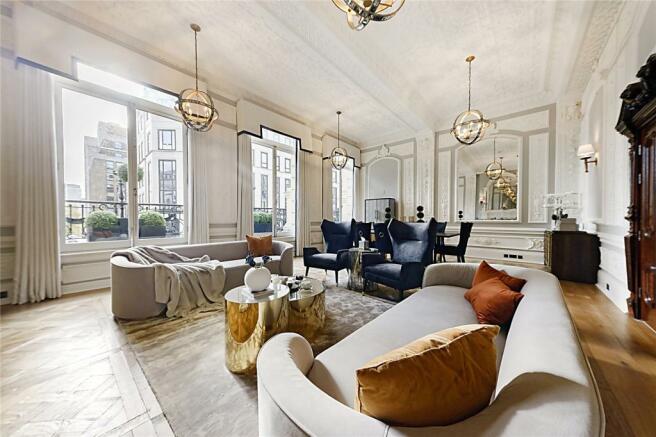 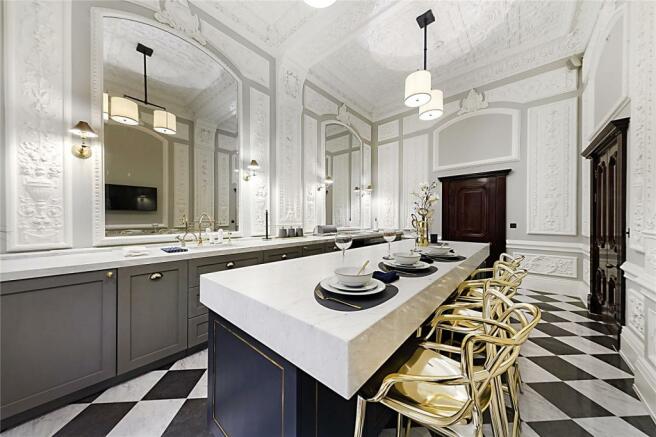 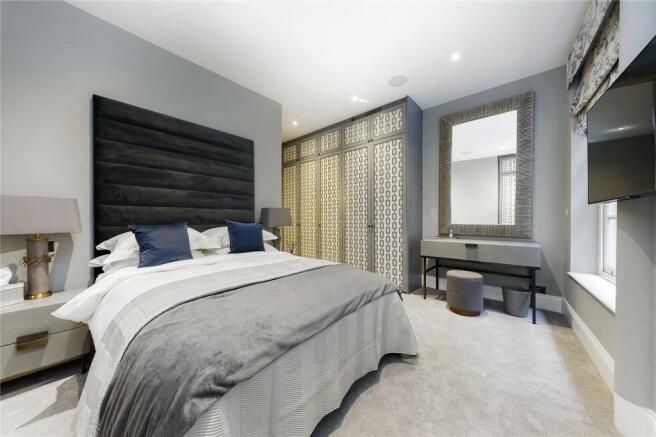 Double doors lead into the beautiful entrance hall which has a door to the terrace. The grand reception room has an ornate high ceiling and three pairs of French doors opening onto balconies. A door leads to the well appointed and recently renovated kitchen/breakfast room.

Gatti House is situated on the north side of the Strand, opposite the junction with Adam Street.
Culture devotees can take their pick from all the must-see West End shows in London’s theatre district, while also frequenting the likes of the English National Opera, the Royal Opera House, the National Portrait Gallery, Ronnie Scott’s and Somerset House, to name just a handful of nearby attractions.
Covent Garden’s substantial retail offering takes in countless designer outlets including the likes of Dior, Mulberry, Burberry, Chanel and the flagship Apple Store.
The surfeit of dining options range from casual eateries such as Bocca di Lupo, Dishoom and Balthazar, to fine dining fixtures, including the likes of The Ivy, J Sheekey and Hawksmoor. The locale is brimming with historic pubs, upscale cocktail bars and wine bars.
Living right in the heart of central London brings unbeatable transport connections. Charing Cross Railway Station is nearby with both mainline and underground services, and underground stations at Embankment and Covent Garden.
There is a Virgin Active gym almost opposite the building on the Strand.

Disclaimer - Property reference MFL200105_L. The information displayed about this property comprises a property advertisement. Rightmove.co.uk makes no warranty as to the accuracy or completeness of the advertisement or any linked or associated information, and Rightmove has no control over the content. This property advertisement does not constitute property particulars. The information is provided and maintained by Savills Lettings, Mayfair. Please contact the selling agent or developer directly to obtain any information which may be available under the terms of The Energy Performance of Buildings (Certificates and Inspections) (England and Wales) Regulations 2007 or the Home Report if in relation to a residential property in Scotland.