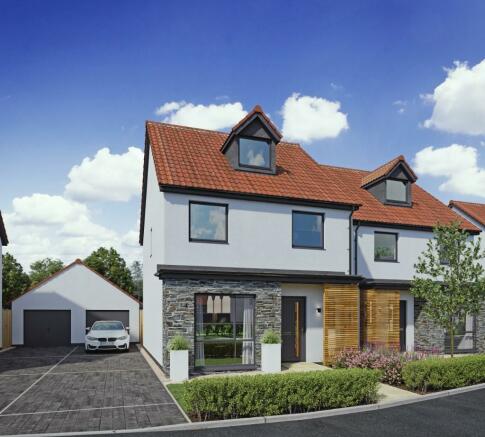 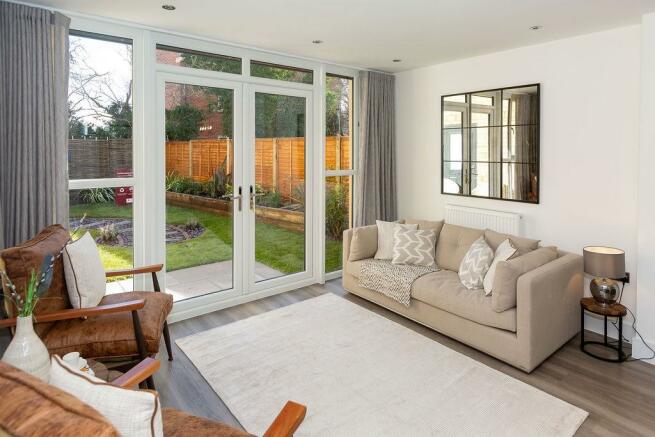 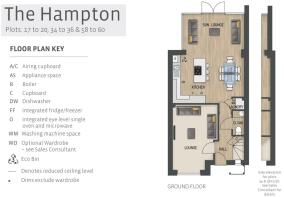 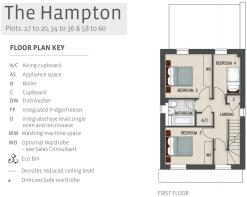 Newland Homes at Court De Wyck is a brand new development of 75 new homes in a unique historic setting in Claverham, North Somerset. Originally established in the 12th Century by the Bishops of Bath and Wells, Court de Wyck retains a majestic splendour as the backdrop to modern living.

Claverham is a small village in North Somerset, approximately half way between Bristol and Weston-super-Mare. This popular location strikes a perfect balance between countryside living and accessibility to the motorway for travel to Bristol and other areas.

Court de Wyck is set in 3 hectares of land in an area that already includes the local village hall and May Day field - both important local community facilities. Positioned within existing mature landscaping and benefiting from many retained trees there will be a secluded feel to this development set well back from the main road. Currently home to two Grade-II listed buildings, Court de Wyck Manor and the former chapel, the 75 new homes to sit alongside range from stylish 2, 3 and 4-bedroom properties in various configurations through to the unique Wyck barn.

Named after the clover fields that surround it, Claverham retains a rural heritage through farms, market gardens and local horticultural businesses but is now also home to many commuters. Village character comes from the fields, footpaths, stone walls and winding lanes, allowing easy access to the countryside, plus a variety of farm buildings and cottages.

In the recent past the Court de Wyck estate housed the Lickley Engineering Centre and work carried out here in the 1980s included design and development of aerospace flight controls for various aircraft including the Harrier jump jet.

The village is blessed by St Barnabas Church at the top of the High Street (not much more than a narrow lane today) and the Free Church in Claverham Road. However, these are both pre-dated by 12th century Court de Wyck. Once one of the most magnificent properties in the area, it was rebuilt in the early 1800s although the original 14th century chapel and tythe barn were left untouched. These historic buildings, sympathetically considered for the future, form part of the next era for the village alongside distinctive contemporary homes bringing new life to Claverham for many years to come.

There's a local newsagent/local store and a takeaway food shop but most of the other closest local amenities are in nearby Yatton including a large Co-op supermarket and a number of other shops, takeaways, coffee shops and restaurants, mostly centered around Pages Court Shopping Centre. Larger supermarkets, shopping centres and out of town stores can found a little further afield at either Clevedon or Westonsuper-Mare unless you want to venture to Bristol or Bath.

Education on your doorstep

For families, Claverham is fortunate to benefit from an excellent local Primary school - Court-De-Wyck Church School, Ofsted rated 'Good' - located directly opposite the entrance to the development and there are at least half a dozen other Primaries within 3 miles including 'Outstanding' Wrington Church of England Primary School. For Secondary education, nearest options are Backwell, Nailsea and Ravenswood Schools, all rated 'Good', while Churchill Academy & Sixth Form, just 5 miles south, is rated 'Outstanding'. There are also many other education options towards Weston-super-Mare and of course in Bristol as well.

There are no shortage of opportunities to enjoy the outdoors from a base at Claverham. The spectacular Mendip Hills are just a few miles south, including Blagdon and Chew Valley lakes offering all sorts of outdoor pursuits. Meanwhile, closer to home, Cadbury Hill Local Nature Reserve and hill fort affords great views and is a perfect spot for dog walking. For more organised and competitive sports you'll find a tennis club in Cleeve, cricket clubs in Cleeve and Claverham plus a bowling club in Yatton as well as several golf clubs within a 20-minute drive.

For more luxury you can visit 'theclubandspa' at Cadbury House Hotel less than 5 minutes down the road and make use of pool, sauna, steam room as well as a state-of-the-art 'Technogym'. However, for a more invigorating outdoor swim, you can always brave the sea at Weston-super-Mare or else simply stroll along the sands waiting for the tide to come in. Alternatively visit Portishead marina or the splendid Clevedon Pier for further opportunities to enjoy the sea air.

Conveniently located just off the A370, Court de Wyck is within easy reach of Weston Super Mare and Bristol with the M5 (via Junction 21 - St Georges) allowing direct access to the national motorway network.

Yatton has a mainline commuter rail service so you can be at Bristol Temple Meads in less than 20 minutes and then it's just 95 minutes into London Paddington. In addition, Bristol International airport at Lulsgate is just 5 miles east should you want to travel further afield.

Court De Wyck
About this community: 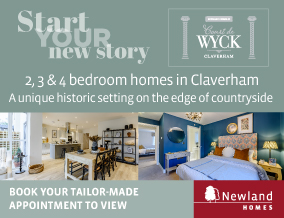 We specialise in medium to large-scale developments of apartments, townhouses and executive homes.

Disclaimer - Property reference The_Hampton. The information displayed about this property comprises a property advertisement. Rightmove.co.uk makes no warranty as to the accuracy or completeness of the advertisement or any linked or associated information, and Rightmove has no control over the content. This property advertisement does not constitute property particulars. The information is provided and maintained by Newland Homes Ltd. Please contact the selling agent or developer directly to obtain any information which may be available under the terms of The Energy Performance of Buildings (Certificates and Inspections) (England and Wales) Regulations 2007 or the Home Report if in relation to a residential property in Scotland.