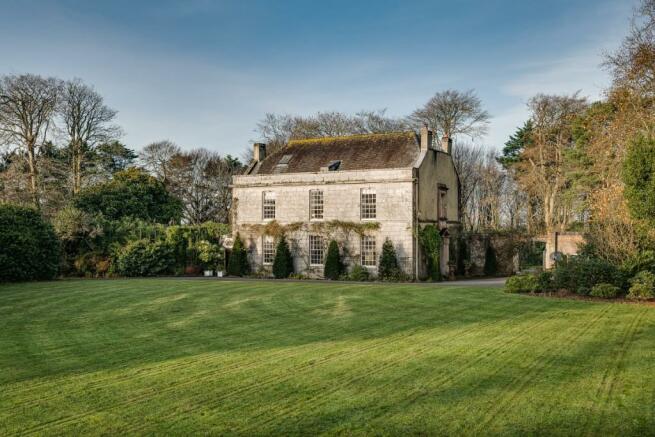 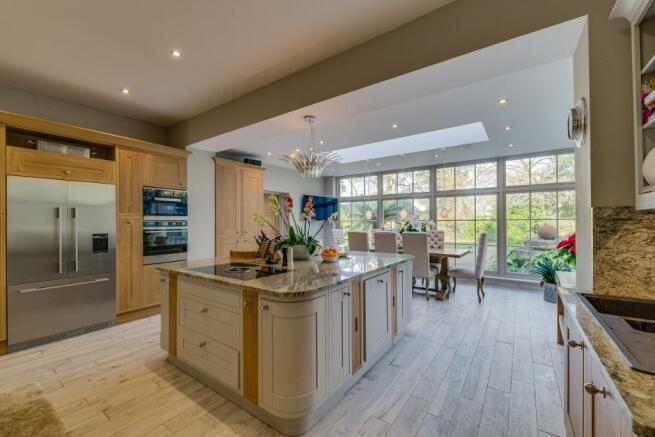 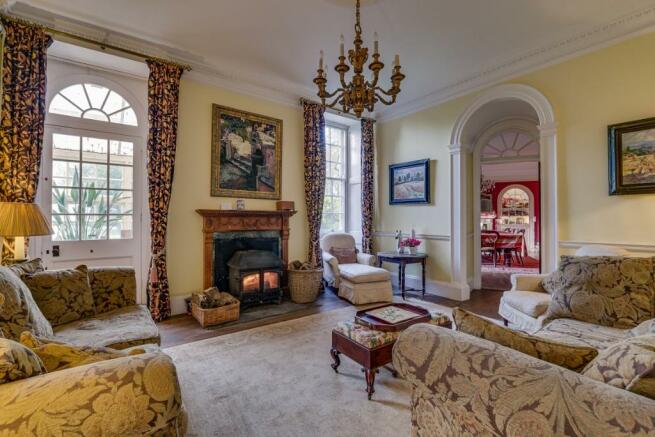 Trevella is a truly gorgeous Georgian country house set in a private and rural position in the heart of the Cornish countryside with fine views over its own land. It is ideally situated roughly halfway between the dramatic cliffs and long sandy surfing beaches of the north coast and the sheltered deep water estuaries and wooded creeks of the south coast.

Despite it's private, rural setting, Trevella is close to all the Truro schools including The Polwhele House Prep School, just 3 miles away. For those wanting regular access to London Truro also has a mainline railway station with fantastic overnight 'sleeper' service to London Paddington, and Trevella is also within easy reach of the A30 and Newquay Airport, providing excellent transport links in and out of Cornwall.

The name Trevella has many different spellings and has appeared as Trefulloe in 1771, Trevellow in 1815. In the Doomsday records of 1087 AD, Trevella is shown as a small holding attached to Killigrew, which was the seat of the Arwenack family, which later founded Falmouth in 1600.

John Haweis, a Truro doctor, owned 'Trefulloe' for many years and when he died in 1760 he then left the house now named 'Trevella' to his sister from here it passed to David Haweis of Killiow. However, the will was so complicated that the legal costs resulted in it being sold in 1782 for £1,100 to John James, who in 1790 built the Georgian extension to the original medieval house.

In 1935, the house was bought by William Bickford-Smith Esq. and then in 1954 the house and estate was purchased as a wedding gift by Lord Falmouth of Tregothan for his daughter who lived there until the house was sold in 2006 to the present owner.

Trevella has a classic Georgian façade, with simply perfect proportions and large elegant windows overlooking the lawns. First impressions of the property are outstanding and the house is approached down an impressive winding drive which teases the visitor for a glimpse until arriving at the front of the house.

The porch leads through to an entrance hall with a parquet floor and an open fireplace. Next is the central reception hall which forms the heart (and great entertaining space) of the house, and leads off to the main family living and reception rooms. There is a large sitting room with an open fireplace and wood burner, and a library/study fitted with bookcases. The elegantly proportioned dining room has a wooden floor and a wood burner and lovely long vista over one of the lawns to the woodland beyond. Behind the dining room is the fabulous family kitchen/breakfast room, which has been the subject of a sympathetic extension into the rear courtyard garden. The cloakroom, utility room and cellar entrance are all nearby.

The Garden Cottage at Trevella was completely and stylishly renovated in 2017 and now provides high quality two bedroom holiday or guest accommodation. There is a large open plan kitchen dining and sitting room on the ground floor with two en suite bedrooms on the first floor. Internal double doors link the house and cottage in a hallway beyond the kitchen, in addition to the separate, private entrance porch with cloak/wc.

Beyond the house and further down the driveway is a large traditional stone barn, currently used for extensive garaging, a workshop and general stores. Stairs lead up to a large loft space above which the owners have used for children's parties in the past. Beside this is a substantial timber-clad wood store. Adjacent to the cottage are a series of outbuildings that include three stables, a tack room and hay barn.

GARDENS AND GROUNDS (AND LAND)

The are idyllic 14 acres of gardens, bluebell wood, herbaceous borders and paddocks with extensive unspoilt views over the neighbouring countryside. Like many Cornish gardens it is spectacular in April and May with many mature magnolias and rhododendrons. Spring woodland planting and herbaceous and mixed borders provide a delightful backdrop through the summer months. Tree ferns grace the driveway before the view opens out over the front lawns and across the ha-ha to distant woodland. A cobbled granite courtyard with its well and granite troughs makes a tranquil spot to enjoy the evening sun.

The wildlife around Trevella is particularly varied as there has been a wildlife sanctuary here for over 50 years. There is an abundance of birds from tiny wrens, to the woodland noises of owls and woodpeckers. More unusual guests include hares, peacocks and stoats to name just a few!

The southerly lawn has been opened up by the current owners and now leads down to the drive beyond which is a large and impressive vegetable and herb garden with an array of raised beds and a large greenhouse. There is also an orchard and plenty of woodland.

Please visit Jonathan Cunliffe's website for full details, to request a brochure or contact them direct to arrange a viewing

We believe property is about people. After all, it is people that fall in love with a home, people that decide to buy, and people that decide to sell. So at Jonathan Cunliffe we put our clients first, with sound advice, total discretion and a highly personal service. Add to this the skills and contacts gained from our founder's 25 years in the profession, and an eye for the little details that so often make all the difference.

Disclaimer - Property reference JC205623. The information displayed about this property comprises a property advertisement. Rightmove.co.uk makes no warranty as to the accuracy or completeness of the advertisement or any linked or associated information, and Rightmove has no control over the content. This property advertisement does not constitute property particulars. The information is provided and maintained by Jonathan Cunliffe, Cornwall. Please contact the selling agent or developer directly to obtain any information which may be available under the terms of The Energy Performance of Buildings (Certificates and Inspections) (England and Wales) Regulations 2007 or the Home Report if in relation to a residential property in Scotland.