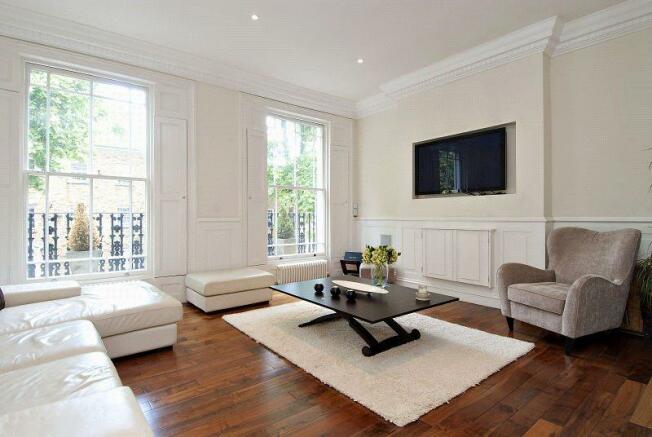 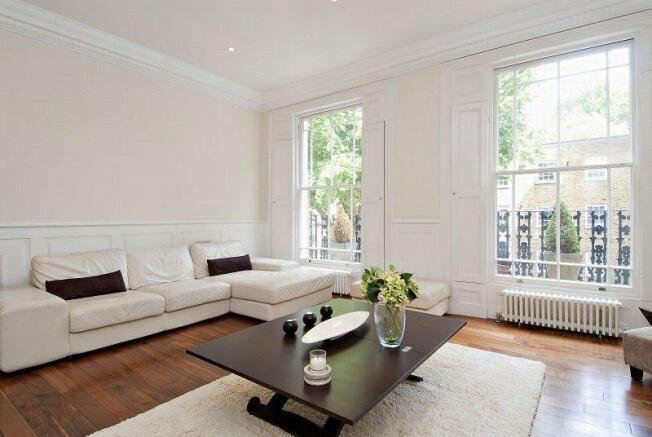 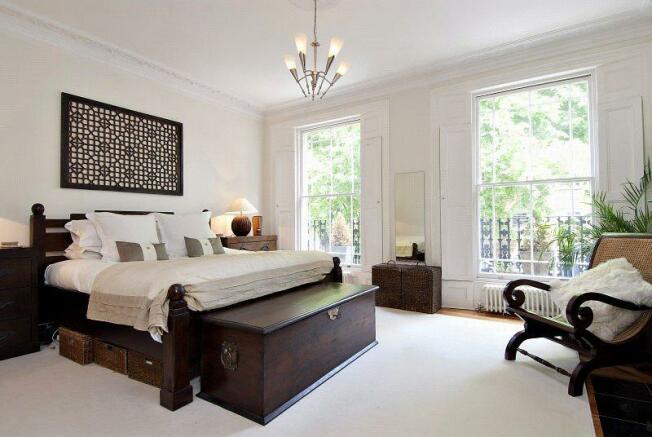 The property has been restored to the highest standard. Period features include ceiling mouldings and shuttered windows, and there is an attractive contemporary fireplace in the main bedroom. The property further benefits from a small but nicely kept communal garden.

Compton Road is a quiet, well regarded tree lined road in Canonbury, a short distance from Highbury Corner. Comprising an impressive Georgian terrace to the west and new Georgian buildings set back from the road on the east.

Highbury and Islington station (Victoria Line, Overground and National Rail) is approximately 350 metres walk. Oxford Circus can be reached within 4 stops, National Rail links to Old Street and Moorgate, and London Overground connects to East and South London. Canary Wharf can be easily accessed by taking the London Overground towards Stratford International and changing onto the Jubilee line.

Check to plan your commute.

Canonbury is a small residential district within the London Borough of Islington. One of the most popular areas in Islington, it has a rich literary, artistic and theatrical history, having boasted George Orwell, Evelyn Waugh, Samuel Phelps and more recently Cate Blanchett and Emma Watson as residents.

Pretty tree lined streets feature a mix of Victorian, Georgian and Neo Georgian architecture. Most properties in the area benefit from communal or private gardens, and the open space of Highbury Fields is only a short walk away. The New River is at the centre of the area. Built as an aqueduct in the 18th Century to supply fresh water from Hertfordshire to Central London, it is now a beautiful stretch of leafy urban serenity, and the streets surrounding the river, including Willow Bridge Road, “The Alwynes” (Alwyne Road and Alwyne Place) and Canonbury Park South, are virtually devoid of through traffic and are among the most desirable addresses in North London.

Canonbury has some independent shops along Canonbury Lane and several popular gastro pubs pubs and restaurants, but with Upper Street close at hand, most shopping, drinking and dining experiences are to be had there. The world famous Almeida Theatre is close by, as are several other smaller but no less creative theatrical venues.

Disclaimer - Property reference ISL110035_L. The information displayed about this property comprises a property advertisement. Rightmove.co.uk makes no warranty as to the accuracy or completeness of the advertisement or any linked or associated information, and Rightmove has no control over the content. This property advertisement does not constitute property particulars. The information is provided and maintained by Savills Lettings, Islington. Please contact the selling agent or developer directly to obtain any information which may be available under the terms of The Energy Performance of Buildings (Certificates and Inspections) (England and Wales) Regulations 2007 or the Home Report if in relation to a residential property in Scotland.