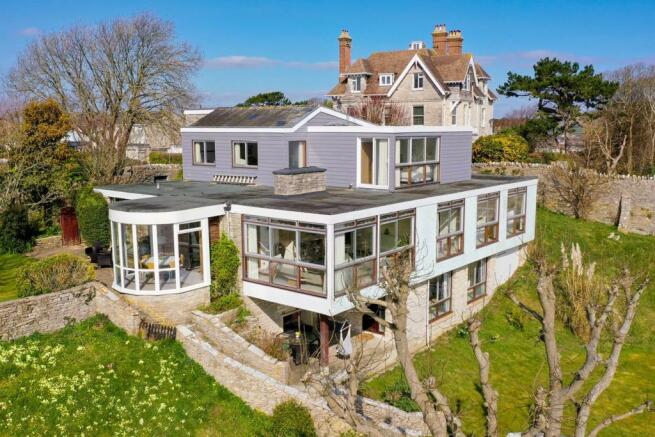 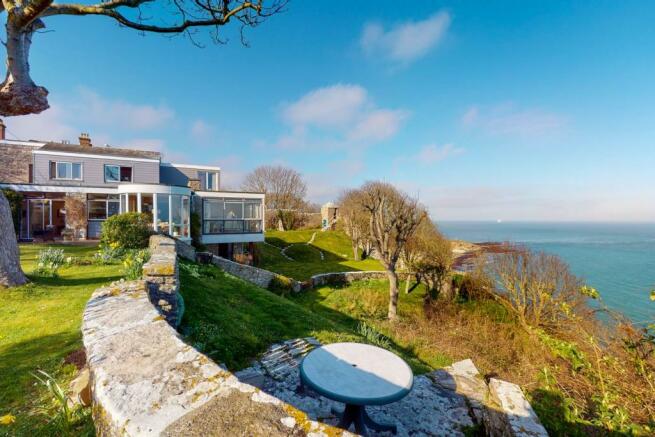 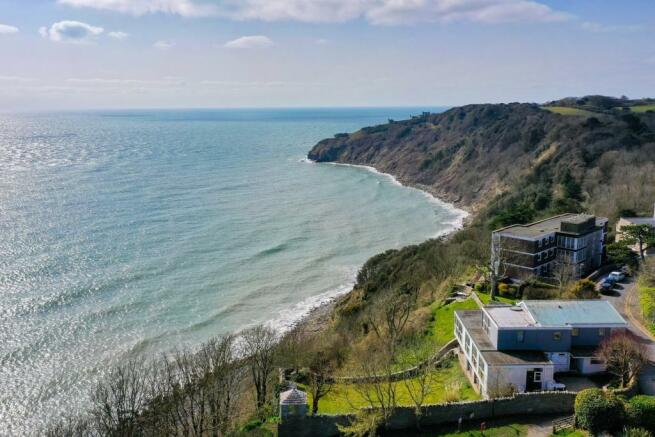 Durlston Wall was acquired by architect, John Morgan, in 1961. The walled garden was originally part of a property to the south, which was subsequently redeveloped as apartments. In 1961, John converted it into a holiday cottage for his family at the same time work started on the main house, involving several phases of development between 1961 and 2006. An additional area of land to the north of the garage was purchased and originally used as a parking area and later, as a garden. The gardens are stunning and the wall after which the property is named forms part of the boundary of the coastal walk. Within the grounds are two original lookout points which overlook the bay and Castle. Over the period of ownership, the house has been extended and remodelled with the accommodation now extending to over 4,000 sq ft. The property has been used as a holiday home over the years for family and guests. The current configuration provides the opportunity to split the property into self-contained accommodation. All of the principal rooms enjoy uninterrupted panoramic views of Durlston Bay. The lower ground floor was partially excavated into the bank, constructed from stone and concrete on rock foundations. This comprised one large room and an external terrace, and was fitted with a small kitchen and used in conjunction with the converted garage as holiday accommodation. Between 1963 and 1967 the main ground floor was constructed mainly in timber frame and glass, comprising the living room, two bedrooms, kitchen/diner and bathroom. The master bedroom on the roof was next to be completed, with a spiral staircase linking the three floors. There followed the circular dining room, which originally featured curved glazing rescued from a tea shop shop called Gunter's, in London. A further development was the addition of two additional bedrooms to the north side of the house.A major phase of development came in 1973, when the rear of the house was completely remodelled. The ground floor was extended back in stone towards the road and comprised a new hall, front entrance, kitchen, studio, cloakroom and garage. The final phase came in 1986, with the addition of the separate entrance and staircase leading up to the partly self-contained flat, with a living room, study and dressing room. This was directly linked to the existing master bedroom and bathroom on the first floor. One further minor change came in 2006, when the void to the north of the lower ground floor was converted to a shower room.

Located on the Cliff top overlooking Durlston Bay, adjacent to the coastal path which forms the last leg of the 630 mile South West Coast Path just over half a mile from the seaside town of Swanage, with it’s award winning sandy beaches and a variety of resturants bars and shops. 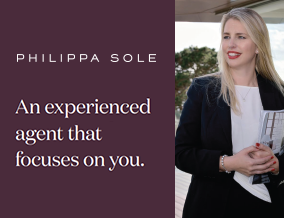 For more information refer to additional services
ABOUT US

My business is built on personal recommendation and client referrals based on my track record as an independent sales, letting and search agent. I provide a friendly customised service, combining in-home consultation with an extensive online presence.

Disclaimer - Property reference 20258992. The information displayed about this property comprises a property advertisement. Rightmove.co.uk makes no warranty as to the accuracy or completeness of the advertisement or any linked or associated information, and Rightmove has no control over the content. This property advertisement does not constitute property particulars. The information is provided and maintained by Philippa Sole, Poole. Please contact the selling agent or developer directly to obtain any information which may be available under the terms of The Energy Performance of Buildings (Certificates and Inspections) (England and Wales) Regulations 2007 or the Home Report if in relation to a residential property in Scotland.