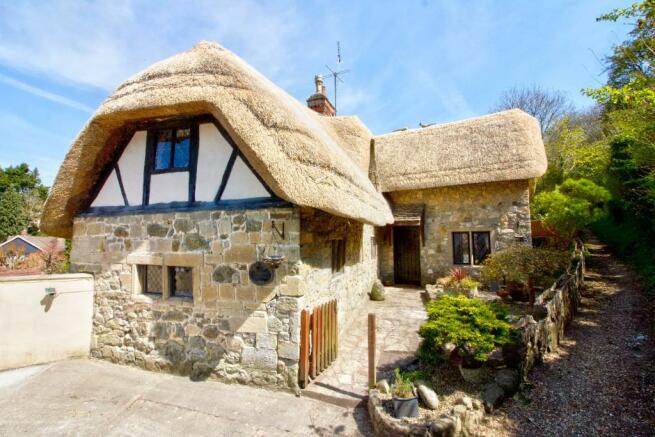 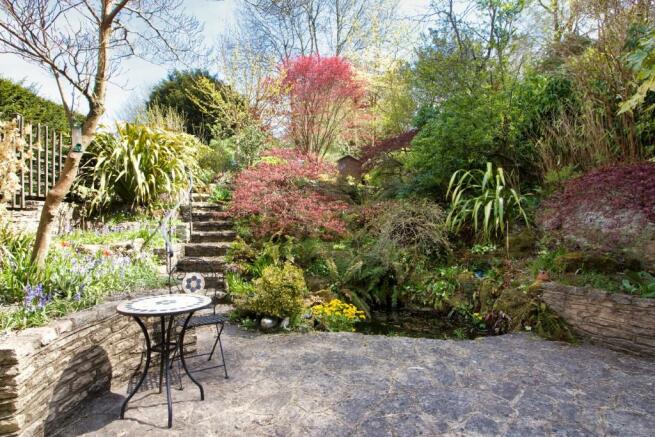 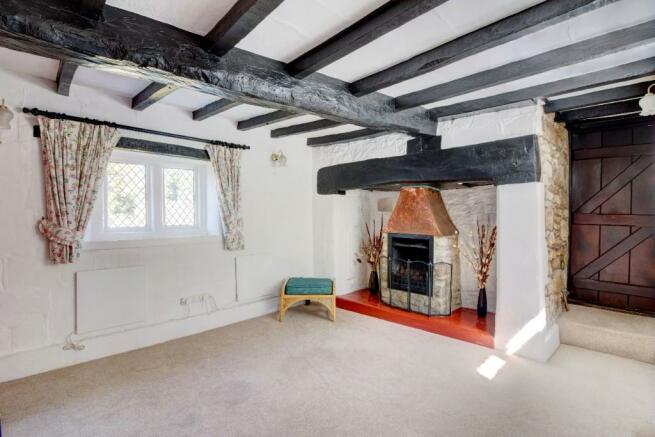 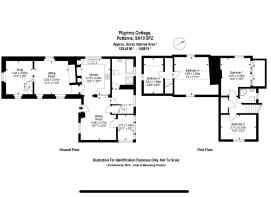 Pilgrims cottage is steeped in local history and is an utterly charming 16th century detached village home which is listed grade II and retains immense charm and character which includes many exposed beams and timbers and stone mullion leaded light windows.

Peacefully and discreetly situated in the very heart of this sought after village with its strong sense of community.

Completely re-thatched in April this year. the new thatch provides a beautiful contrast to the
16th century stone exterior and paints a stunning picture as you approach the cottage from the lane. Some of the ashlar masonry used in its construction came from a bishop's palace that used to stand in Potterne.

The ground floor features a cosy sitting room with living flame gas fire in an inglenook, and a smaller snug in the original part of the house.

The kitchen is large enough for informal dining, and has lovely views across the village. In the newer part of the house is the dining room, with the double glazed sun room leading off. There is a spacious bathroom on the ground floor.

Upstairs in this part of the house are two double bedroom with useful storage space, and a shower room.

A guest bedroom and the study is reached by a separate staircase from the snug, which is perfect for accommodating guests.

The delightful private garden is designed for ease of maintenance with a terraced area with a distinct oriental influence, Interesting shrubs and small trees flank a series of ponds. At the highest point there is a seating area that is perfect for enjoying the sun.

Potterne is a sought-after village with a strong community spirit which lies c.2 miles south of the old market town of Devizes. There are an excellent range of local facilities which include a convenience store/post office, thriving church, primary school at nearby Worton, George & Dragon public house and village hall which hosts a number of different events which include an annual pantomime, art exhibition and gardening and weekly lunch club. The village is surrounded by open countryside with many beautiful walks literally on the doorstep. A very special place in which to live


INTERESTING HISTORY;
Pilgrim's Cottage is situated in a lane in the village of Potterne which looks for all the world a tranquil country retreat yet it was the scene of a high society crime passional in the 1940's.

Sightseers came to press their noses to the windows after Mavis Wheeler shot her impresario lover, Lord Vivian, as he tried to squeeze into the cottage through a tiny window following a tiff.
Mavis was a great beauty whose second husband, Sir Mortimer Wheeler (later to become famous for archaeology programmes on television) divorced her after discovering her with a lover in another house in Potterne in 1941.

She then dallied with Augustus John, also a Potterne resident, and bought Pilgrim's Cottage for rural weekends in 1947.

Here she entertained her current beau Lord Tony Vivian. The couple had been out for drinks when they had a row and she returned to the house and locked him out.
When Tony attempted entry via a very small window she took out a gun - it had been given to her by yet another lover - and shot him in the abdomen.

The chip the bullet took out of the mullion window can be seen to this day. She then was filled with remorse and called for help but nonetheless was tried and found guilty of grievous bodily harm in a temporary court set up in Devizes Hospital.

Lord Tony gave evidence wearing silk pyjamas from a bed, attended by a nurse. Amazingly he continued to see Mavis after her release following six months in jail, when she put the cottage up for sale and moved away. 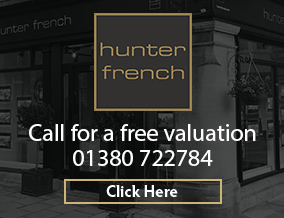 Hunter French was founded in 2005, with a real passion for people and property. We have been serving prime location villages across Somerset and Wiltshire for over a decade with offices strategically situated in Bath, Corsham, Devizes and Frome.

Hunter French is very much a people business. We pride ourselves on offering our clients a personal, uncompromising service. Operating as an expert property collective, tailored to the spec

Disclaimer - Property reference HFDZPILG. The information displayed about this property comprises a property advertisement. Rightmove.co.uk makes no warranty as to the accuracy or completeness of the advertisement or any linked or associated information, and Rightmove has no control over the content. This property advertisement does not constitute property particulars. The information is provided and maintained by Hunter French, Devizes. Please contact the selling agent or developer directly to obtain any information which may be available under the terms of The Energy Performance of Buildings (Certificates and Inspections) (England and Wales) Regulations 2007 or the Home Report if in relation to a residential property in Scotland.