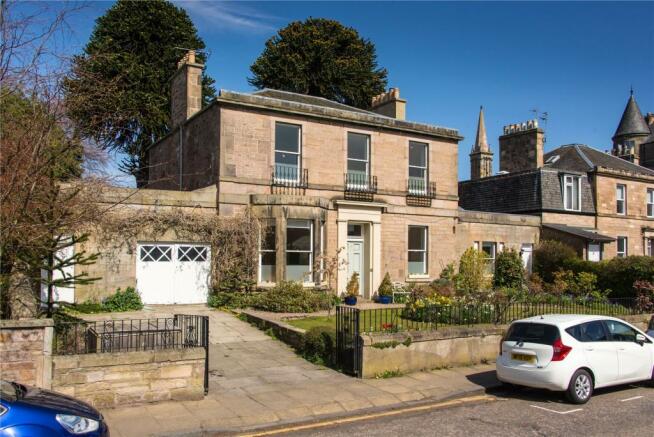 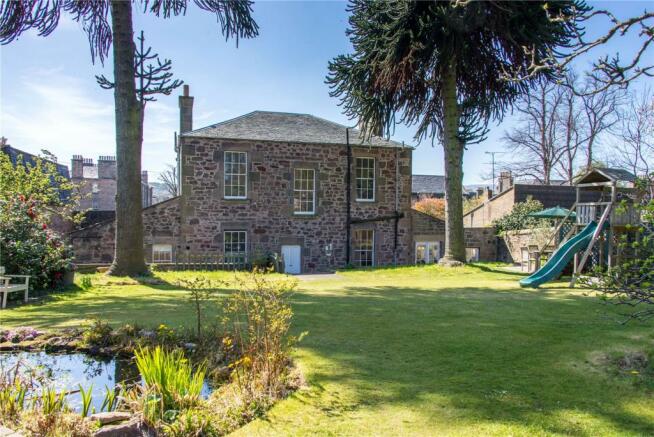 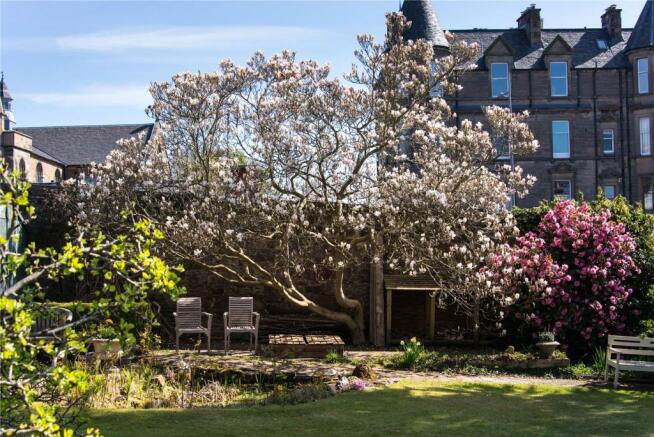 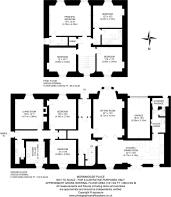 Tenure: Please confirm if this is a freehold property with Rettie & Co

A rarely found detached Georgian villa set within a spectacular stone wall-enclosed garden featuring a large expanse of lawn, two ancient monkey puzzle trees, apple and cherry trees as well as a fishpond. Located in the highly desirable residential area of Morningside and dating back to 1824, Trafalgar House is reported to be so named by the architect as he was a close relative of Lord Nelson.
With several later Victorian architectural additions, the two -storey classical villa now offers six double bedrooms with two of these located in a self-contained apartment within the property that could easily be incorporated back into the main body of the house
The wisteria-draped handsome villa benefits from an abundance of charming period features such as the cast-iron window guards on the front façade, sash and case windows with working shutters, decorative ceiling cornicing and original fireplaces.
The contemporary interiors work harmoniously with the fine period features and the open plan flexible ground floor entertaining and dining space is ideal for modern family living.
The property sits just a stone’s throw from all the local amenities offered along the cosmopolitan Morningside Road and is close to several excellent schools and less than two miles from Edinburgh’s city centre.

Viewings by appointment only 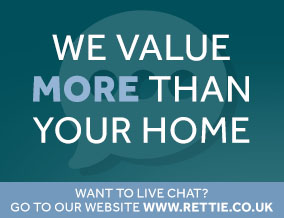 Located in the heart of Edinburgh's New Town, the Rettie & Co. Head Office is set within a historic Georgian Townhouse. Our vibrant flagship office is home to more than 40 staff, including our Edinburgh sales, country house, farms & estates, development services and new homes sales teams.

Disclaimer - Property reference PER210205. The information displayed about this property comprises a property advertisement. Rightmove.co.uk makes no warranty as to the accuracy or completeness of the advertisement or any linked or associated information, and Rightmove has no control over the content. This property advertisement does not constitute property particulars. The information is provided and maintained by Rettie & Co, Edinburgh. Please contact the selling agent or developer directly to obtain any information which may be available under the terms of The Energy Performance of Buildings (Certificates and Inspections) (England and Wales) Regulations 2007 or the Home Report if in relation to a residential property in Scotland.