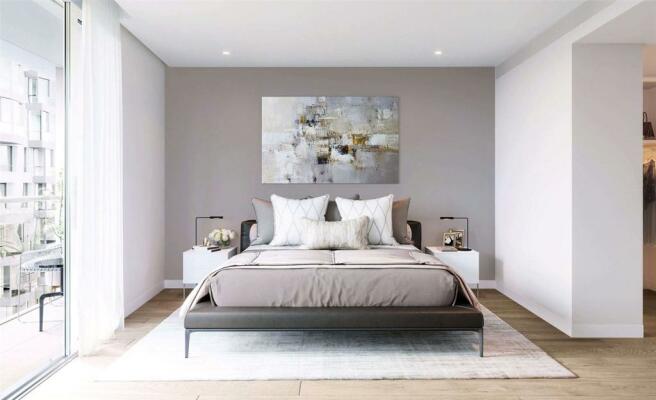 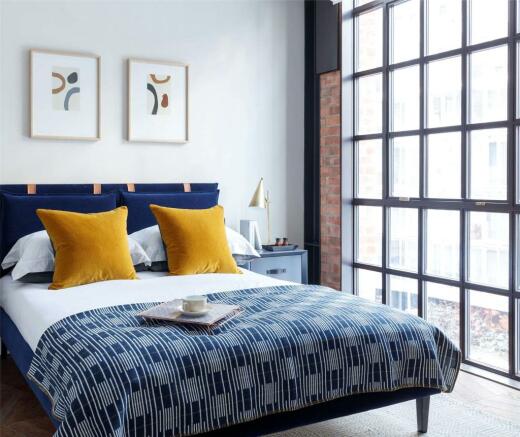 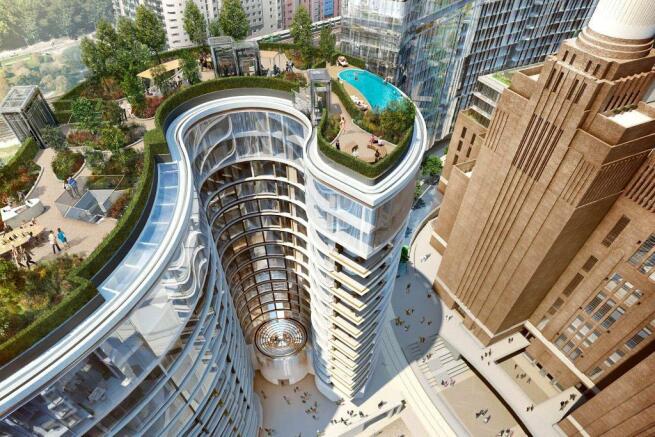 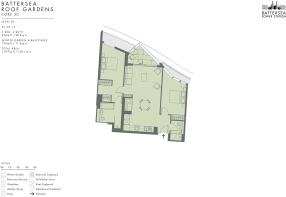 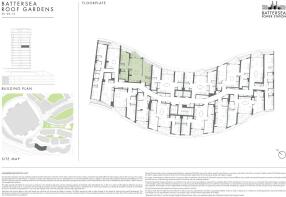 A place of power. Uniting people from far away and just around the corner. A landmark that’s a symbol of positivity. From morning light to vibrant night. By the river, where quiet calm and restless energy live. Here, everyone can experience extraordinary spaces. Framed by six million bricks, and chimneys that touch the sky. This is a place to fuel the imagination. Where architectural masterpieces live together. Overlooking the capital from a peaceful haven in the sky. With flagship stores and signature restaurants. Where technology giants mingle with local artisans. A place to work, shop, eat, enjoy and sleep. Here, life doesn’t feel ordinary. It feels extraordinary.

Even when the power had been turned off, people still saw Battersea Power Station as the Art Deco masterpiece it was – created to meet the energy demands of post-war London. It was built in two phases. The first phase in the early 1930s produced a rich and decadent interior before it was completed in a more austere fashion during the 1950s. Those four chimney stacks still make the building instantly recognisable, as they rise above a new 42-acre neighbourhood that reaches out along the banks of the River Thames.

Battersea Power Station has long energised London in more ways than one. It is an enduring symbol of the creativity that makes the city so unique. The Power Station was photographed for the cover of Pink Floyd’s Animals album in 1977, served as a shoot location for the Batman film The Dark Knight, and has hosted fashion shows and art installations with the likes of the Serpentine Gallery choosing the space to showcase work. This cultural legacy is set to continue, with the destination’s ambitions to harness and make spaces for the creative excellence that courses through the city’s veins. Whether it’s the London Seafood Festival, a big-name art exhibition or the bringing together of London’s finest design minds, there’s always a reason to visit Battersea Power Station and enjoy a carefully curated programme of events and exclusive celebrations.

Circus West Village strikes the perfect balance between city living and providing an oasis of calm. Choose from the array of artisan bars and restaurants to sample cuisine from all over the world. Vivek Singh’s Cinnamon Kitchen, Francesco Mazzei’s Fiume and Danish pizza restaurant Mother are just a few of the favourites. Look out for local gems like Battersea Brewery, which has its own microbrewery tucked under the arches, and admire the flowers at Moyses Stevens – London’s oldest and most prestigious florist. The Village is also home to spin studio Boom Cycle, and the one-of-a-kind Archlight Cinema, which shows a carefully curated selection of films in an intimate setting. Here, you’ll find a community brought together not only by the good things in life, but also by a packed schedule of events celebrating everything from the seasons to seafood, all set against the ebb and flow of the River Thames.

This neighbourhood is a place like no other – where life feels truly extraordinary. It’s London’s most happening place to be, where history and hi-tech meet on the banks of the River Thames. There is awe-inspiring architecture, from Foster + Partners’ Battersea Roof Gardens to Gehry Partners’ Battersea Prospect Place. At the heart of it all is Sir Giles Gilbert Scott’s Power Station, lovingly restored and re-energised by WilkinsonEyre with a never-seen-before chimney lift experience providing panoramic views across London. The area has been carefully curated to be a thriving quarter right on the River Thames. The vibrant Circus West Village already features world-class bars and restaurants, interspersed with the finest British and global retail brands. The addition of Electric Boulevard looks set to create an irresistible shopping and leisure destination. The new Zone 1 Northern Line Extension will be a gateway to the site, keeping Battersea Power Station well connected to the whole of London.

History meets hi-tech at Battersea Power Station. Nestled in the carefully restored original facade are three neighbourhoods: Switch House West, Switch House East, with Boiler House Square in the centre. There will be 253 new homes in total, some featuring the original brickwork of the Power Station itself – others crafted with a more modern aesthetic. All will have access to the extraordinary rooftop gardens that offer a unique perspective of the station’s towering 51-metre chimneys. All this will be infused with the energy of the neighbourhood below. The bustling entertainment quarter – with its 1,400-capacity event space, cinemas, restaurants, retail, parks and public piazzas – will be a small city in itself, with a dazzling choice of dining, shopping, socialising and live shows.

Walton Estates is a luxury property agency, specialising in the sales and acquisition of luxury property in prime and super-prime London. With more than £500 million in total sales and £50 million in active listings annually, Walton Estates establishes itself as a leader in the luxury market, priding itself on providing an exclusive individual experience like no other.

Disclaimer - Property reference WAE210002. The information displayed about this property comprises a property advertisement. Rightmove.co.uk makes no warranty as to the accuracy or completeness of the advertisement or any linked or associated information, and Rightmove has no control over the content. This property advertisement does not constitute property particulars. The information is provided and maintained by Walton Estates, Powered by Keller Williams, Knightsbridge. Please contact the selling agent or developer directly to obtain any information which may be available under the terms of The Energy Performance of Buildings (Certificates and Inspections) (England and Wales) Regulations 2007 or the Home Report if in relation to a residential property in Scotland.