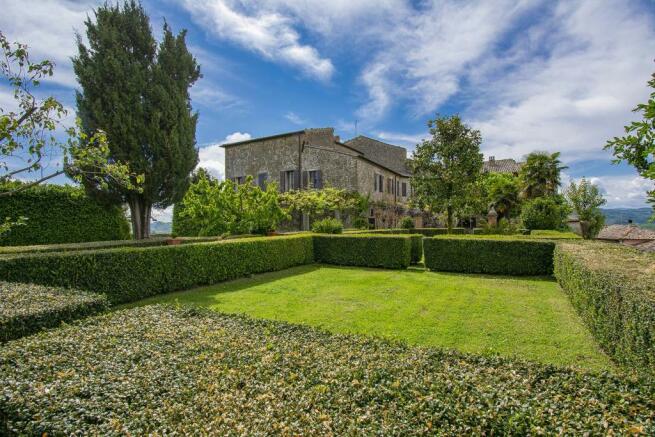 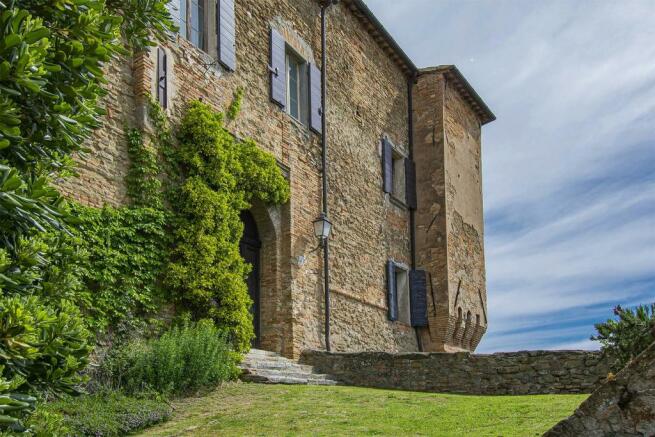 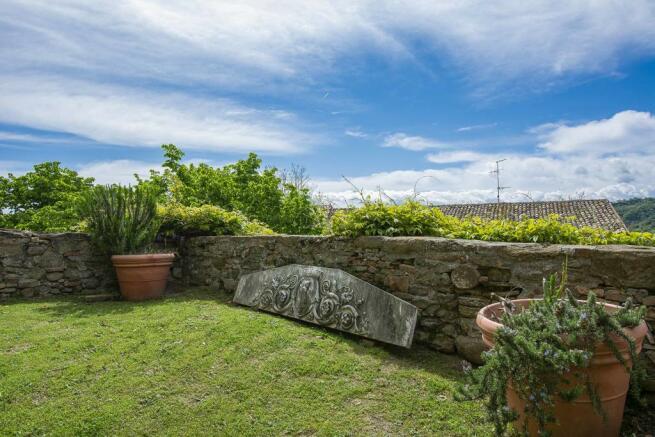 Set in the delightful village of Monteleone not far from Cesena, this magnificent castle dating back to 1200 is well maintained with all the original features, restored and preserved with great attention to detail, protected by its high walls and the two ancient towers that act as sentinels, inside it hides a small church and a precious private garden.
The exact origins are not documented, it can be assumed that the Monteleone locality around the year 1000 was a possession of the Ravenna church. For years disputed between the Church and the municipality of Rimini, a first fortified tower was probably built in the 13th century. It remained as a possession of the Malatesta until 1335, then it was conquered by Francesco degli Ordelaffi, lord of Forlì and subsequently sold to the Montefeltro family, to then return under the control of the Holy See and subsequently in 1433 again of the Malatesta.

In 1485 it returned to the control of the archbishop of Ravenna, and was given to the Roverella di Cesena family who held it until 1745.
Important extensions and the transformation from a castle to a summer residence date back to this period, and at the same time the construction of houses on the ancient wall circuit was encouraged, demolishing the previous ones more leaning against the building and obtaining the hanging garden in their place.
The Guiccioli family succeeded the Roverella in 1745, and in this period the famous English poet Lord Byron, guest of Count Alessandro Guiccioli, slept in the Castle. The Guiccioli family owned the castle until 1960, when it was sold to the current owners, who lived there until a few years ago.
The complex adjacent to the castle consists of two renovated units and other cottages scattered over the property grounds.
The property also has a large panoramic terrace, where on clear days you have a splendid sea view and a view of the uncontaminated and hills of Cesena.

The property includes approximately 360 hectares of land, of which 8 hectares are vineyards in production.
Very close to the splendid Adriatic coast and just over an hour from Bologna airport, the Castle is a prestigious residence in one of the most popular seaside areas in Italy.

This is a property advertisement provided and maintained by Italy Sotheby's International Realty, Italy Centre-South (reference 201503_487101002303) and does not constitute property particulars. Whilst we require advertisers to act with best practice and provide accurate information, we can only publish advertisements in good faith and have not verified any claims or statements or inspected any of the properties, locations or opportunities promoted. Rightmove does not own or control and is not responsible for the properties, opportunities, website content, products or services provided or promoted by third parties and makes no warranties or representations as to the accuracy, completeness, legality, performance or suitability of any of the foregoing. We therefore accept no liability arising from any reliance made by any reader or person to whom this information is made available to. You must perform your own research and seek independent professional advice before making any decision to purchase or invest in overseas property.