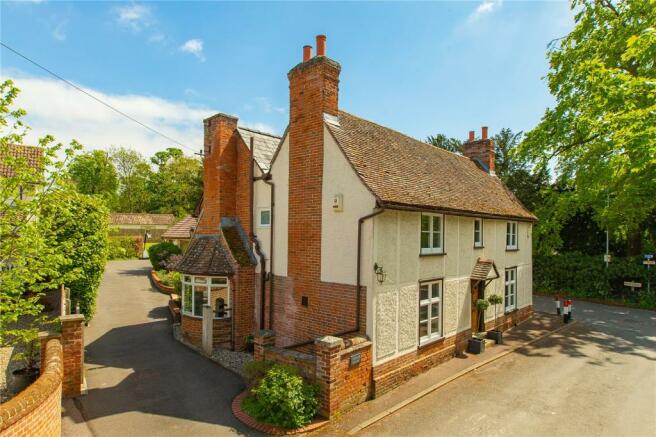 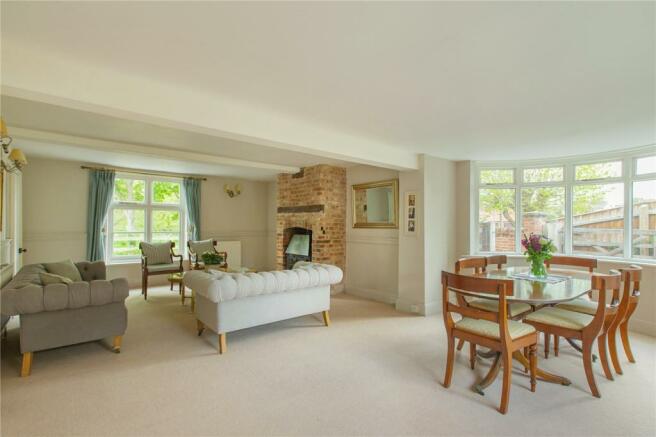 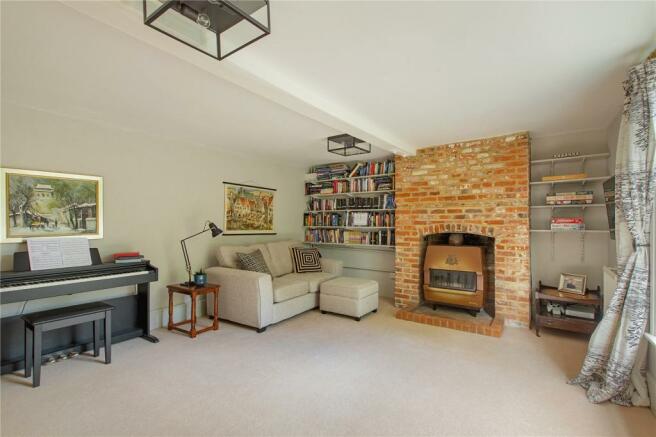 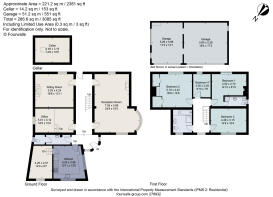 The Corner House is a Grade II listed property which originally dates back to the 18th century with later 19th and 20th century additions. The house which is built of brick and decorated plaster panel elevations beneath a mix of peg and slate tiles is being sold with no upward chain.

The property is approached through a panelled oak door in the centre of the house with a gabled canopy which leads into the main hall and runs the full depth of the property.

To the left of the hall, an impressive double reception room runs from the front to the rear of the property with triple aspects and consequently benefits from an abundance of natural light. The room is further enhanced with a side bay window and a large brick exposed fireplace with wood burning stove. On the opposite side of the hall is the dining room/second sitting room which enjoys views over the small area of woodland to the front and has a brick fireplace with solid fuel room heater incorporated. There is a study/playroom towards the rear of the main hall and has a split level floor. At the back of the hall is the cloakroom with hand basin and coat hanging area and the separate water closet beyond.

Overlooking the rear garden is a well fitted kitchen/breakfast room which has a range of painted oak floor and wall mounted units with formica work surfaces, tiled splashbacks and room for a breakfast table. Built-in appliances include a Smeg double oven and five ring gas hob with extractor above.

Adjacent to the kitchen is the well-appointed utility/boot room which has access to a cellar beneath The gas central heating boiler is located in this room along with a Butler sink and plenty of storage.

On the first floor is the landing which leads to the four bedrooms and bathroom. The main bedroom has delightful views to the front and a cast iron Victorian fireplace with cupboards on either side. Across the landing from there is the second bedroom/guest suite with en suite shower room which also enjoys an open aspect to the front. There are two further bedrooms and a well-appointed family bathroom

Outside: The driveway which is entered through a five bar gate passes by the side of the property leading to the triple garage which has parking for several vehicles to the front.

Immediately adjacent to the back entrance is a beautiful landscaped garden area with Indian sandstone terrace, well stocked borders and lawn. Beyond the garage is a large lawned area surrounded by attractive brick and flint walls.

• Hinxton is an attractive, highly regarded South Cambridgeshire village that benefits from a public house in the centre of the village, The Red Lion, village hall and church together with recreation ground all within walking distance. The river Cam runs through the village and the parish's southern boundaries form the border between Cambridgeshire and Essex.

• Hinxton is the home to the Wellcome Trust Genome Campus. At the opposite end of the village is the historic mill, used for grinding corn, ceased operation in 1955 and fell into disrepair until being restored in the 1980s and is now open to visitors.

• Furthermore, Hinxton is conveniently placed for access to the M11 which in turn leads south to Stansted Airport, the M25 and London.

• The medieval market town of Saffron Walden is about 5 miles to the south east where there are excellent shopping facilities for everyday needs including a Waitrose Supermarket and schooling in the independent sector at Dame Bradbury’s (part of The Stephen Perse Foundation).

• The University City of Cambridge is 9.5 miles to the north where there are comprehensive shopping, recreational and cultural facilities together with a full range of independent day and boarding schools including renowned prep schools such as St Faiths, King’s and St John’s College Schools, secondary schools include The Perse Co Ed, Stephen Perse School and The Leys.

• For the London commuter fast and regular Mainline rail services are available from Whittlesford and Great Chesterford Stations 2.5 & 2 miles away leading to Cambridge and London Liverpool Street.

(all mileages and times are approximate)

Disclaimer - Property reference CAS210110. The information displayed about this property comprises a property advertisement. Rightmove.co.uk makes no warranty as to the accuracy or completeness of the advertisement or any linked or associated information, and Rightmove has no control over the content. This property advertisement does not constitute property particulars. The information is provided and maintained by Savills, Cambridge. Please contact the selling agent or developer directly to obtain any information which may be available under the terms of The Energy Performance of Buildings (Certificates and Inspections) (England and Wales) Regulations 2007 or the Home Report if in relation to a residential property in Scotland.