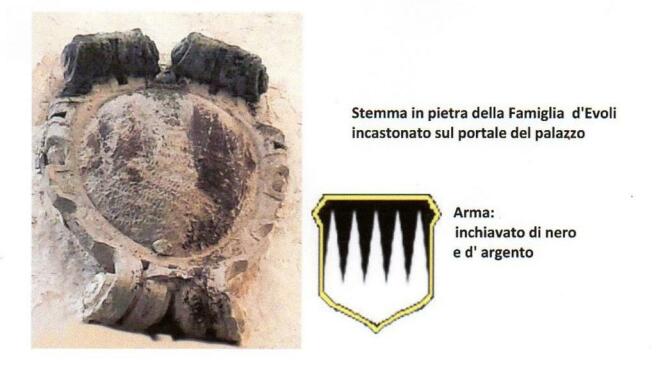 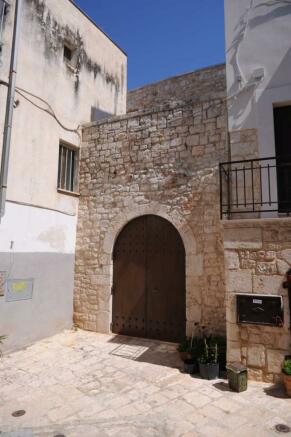 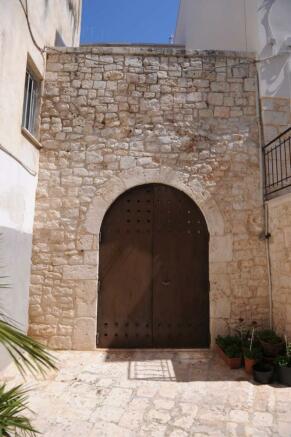 Historical house for sale in Conversano in old town
Palazzo Evoli is a magnificent example of Apulian noble architecture of the 1500s which was built between 1510 and 1540 in the center of Conversano. The noble coat of arms of the Evoli family still stands today on the portal of the Palace, which, coming from Campania, settled in Conversano at the end of the 15th century. The Evoli were an ancient and very noble Norman family descending from Roberto il Guiscardo and the Sanframondi family, called Evoli or Eboli, who moved to Capua (CE) at the beginning of the 12th century with Count Ebolo, a very feared warrior, from whom he took the surname . The House also enjoyed nobility in Naples in the seat of Capuana and, in addition to possessing numerous fiefdoms, was awarded the titles of Dukes of Castropigano, Counts of Trivento and Barons of Roccasicura.
The Palace has three independent entrances from three different streets in the historic center of Conversano and is spread over four floors (three above ground and one underground) where cellars and cisterns are located. After the first entrance portal, you enter a partially uncovered atrium where the external staircase leads to the first floor and where some rooms overlook on some rooms of the ground floor. In the covered area, and precisely on the left side, there is one of the entrances where the presence of a lunate arch reveals its medieval origins.
The ground floor consists of 6 rooms all with barrel-vaulted limestone roofs and two characteristic gardens, one of which is represented by an orange grove.
Access to the first floor is from the main atrium with a single ramp stone staircase. The first floor consists of 7 rooms, 2 bathrooms, a closet, a wardrobe and a level terrace. The recent restoration works involved both the static consolidation of the entire building and the replacement of the larch wood beams of roof and floors.
To the right of the terrace on the first floor we find a second, large stone staircase that leads to the second floor, consisting of 5 rooms and 2 bathrooms whose roofs are made of larch wood trusses. On the second floor there are two other level terraces overlooking the internal gardens.
The building totals just under 800 covered square meters.
Until the end of the 90s the building was in precarious conditions, both static and conservative. The current owners, architects specialized in this kind of recovery of historic buildings, have carried out a radical functional and static restoration with consolidation of the foundations, of the elevated structures and of the roofs, while strictly preserving the historical characteristics of the entire building. In particular, more than 4,000 (four thousand !!!) consolidating injections were carried out inside the vertical walls, the consolidation of the extrados of the stone vaults, the construction of larch wood floors on the intermediate floors with fiber-reinforced slabs at the extrados, insulation and waterproofing of the roof trusses.
Following these works, all the legal requirements were also met so that the property assumed all the characteristics of anti-seismicity. Therefore the property can be profitably used for all residential or commercial destinations.
In addition to all the construction works of the utmost importance, brand new technologic systems have been built (which must be completed with the installation of the machines) which foresee the presence of 6 bathrooms, underfloor heating and cooling systems, solar thermal system for the production of hot water in addition to a photovoltaic system with a power of 4.65 kw, already functioning and which allows an interesting income from Enel, with exchange on site.
The completion works include the installation of fixtures and internal doors, the final plaster, the connection of the boilers, the repositioning of the original floors that have been carefully disassembled and recovered, the assembly of the sanitary fixtures and the electrical system.
Palazzo Evoli is a dream residence, usable both as a private residence of the highest lineage and as a commercial tourist property. 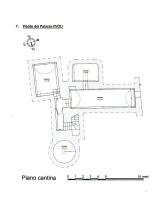 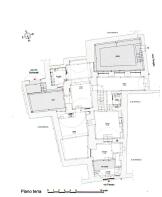 Being the Real estate reference network of the Italian market, for the excellence of the service offered to the customers, the competence and the reliability of the operating ones.

Pirelli RE Franchising is introduced to the market with a model of innovative business: not only Real Estate Agents, but also Real Estate Advisers organized in one territorial network which is the expression of an entrepre

This is a property advertisement provided and maintained by Puglia Real Estate, Puglia (reference 999) and does not constitute property particulars. Whilst we require advertisers to act with best practice and provide accurate information, we can only publish advertisements in good faith and have not verified any claims or statements or inspected any of the properties, locations or opportunities promoted. Rightmove does not own or control and is not responsible for the properties, opportunities, website content, products or services provided or promoted by third parties and makes no warranties or representations as to the accuracy, completeness, legality, performance or suitability of any of the foregoing. We therefore accept no liability arising from any reliance made by any reader or person to whom this information is made available to. You must perform your own research and seek independent professional advice before making any decision to purchase or invest in overseas property.

You have no recent searches.
Email agent
Call agent: 03339 395530Not in the UK? Call 0039080745758
Email agent
This site: Site map Help Cookies Safety and security Terms of Use Privacy Policy
Major cities and towns in the UK: