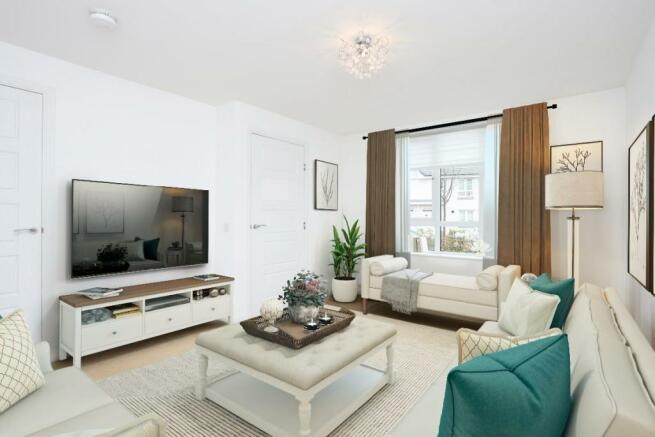 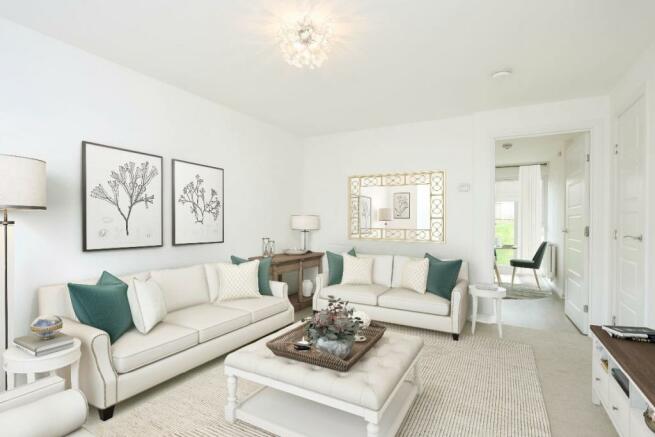 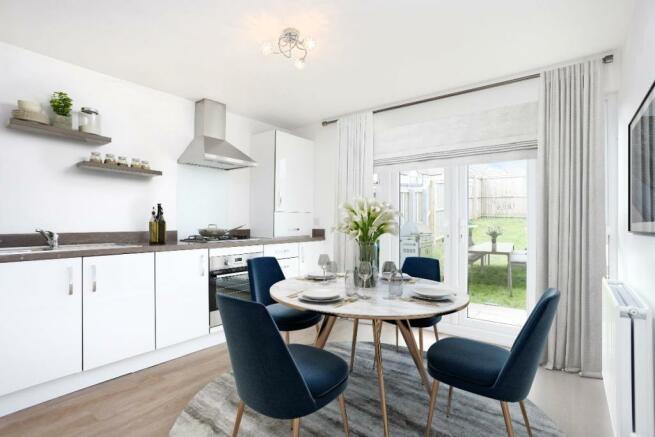 Completed in 2017, this appealing modern two-bedroom terraced house forms part of a Barratt Homes development at Bucksburn, a burgeoning suburb to the north west of Aberdeen's city centre. It makes an ideal purchase for a first-time buyer.
60 Goodhope Road, whose front door faces onto Mugiemoss Road, is a two storey, two bedroomed house, forming part of a small terrace that is harled with stone clad architraves, porches and a tiled roof.

The house is in pristine condition, neutrally decorated throughout and, due to its age, still has a considerable part of its 10-year NHBC warranty to run.

It has its own herbaceous borders each side of the front door that opens into the hall that gives access to both the living room and the stair. The living room overlooks the front of the house and has a large storage cupboard. The kitchen that is entered from the living room is bright and south facing, with French windows leading into the back garden. It has ample storage space that is both wall and floor mounted, a good area of work surfaces and integrated appliances. Adjoining the kitchen is a utility area, plumbed for a washing machine and a separate naturally lit WC, with two-piece suite.

The upstairs landing leads to both double bedrooms that each have a built-in wardrobe with sliding mirrored doors, the front bedroom also has a further store cupboard. The accommodation is completed by the bathroom with a three-piece suite and a shower over the bath that has a fully tiled surround and bath screen. The house is double glazed and has gas fired central heating. The south facing privacy fenced back garden is laid to grass with a path that is off-set and runs its entire length and has access to the public road.

Area:
Goodhope Road is in Bucksburn, formerly a separate village that is now a burgeoning community of modern homes situated four miles to the north west of Aberdeen's cosmopolitan city centre. However, it remains on the door step of some of the most wonderful countryside in the north east of Scotland. Locally, there are schools, doctors and restaurants and eateries, as well as a swimming pool. It is also well served by local shops at Bucksburn and Danestone.

Goodhope Road offers easy access to the Airport, the oil related Bridge of Don and Dyce and to getting into all parts of Aberdeen by the various arterial routes.

Ballantynes is one of Scotland’s leading independent estate agent and property management practices. Our experienced team of property professionals will be delighted to assist you with any of your property enquiries. Specialising in new and established homes our aim is to provide an exceptional level of service designed to meet your requirements.

Ballantynes provides a broad range of property services to both private and corporate clients throughout Scotland. Our team of experienced pro

Disclaimer - Property reference RS1113. The information displayed about this property comprises a property advertisement. Rightmove.co.uk makes no warranty as to the accuracy or completeness of the advertisement or any linked or associated information, and Rightmove has no control over the content. This property advertisement does not constitute property particulars. The information is provided and maintained by Ballantynes, Perth. Please contact the selling agent or developer directly to obtain any information which may be available under the terms of The Energy Performance of Buildings (Certificates and Inspections) (England and Wales) Regulations 2007 or the Home Report if in relation to a residential property in Scotland.