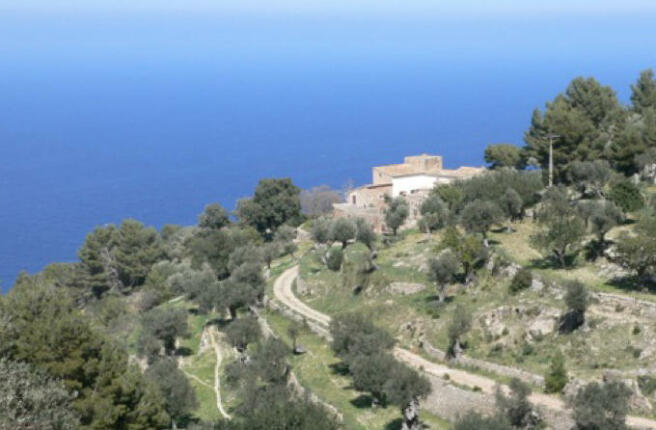 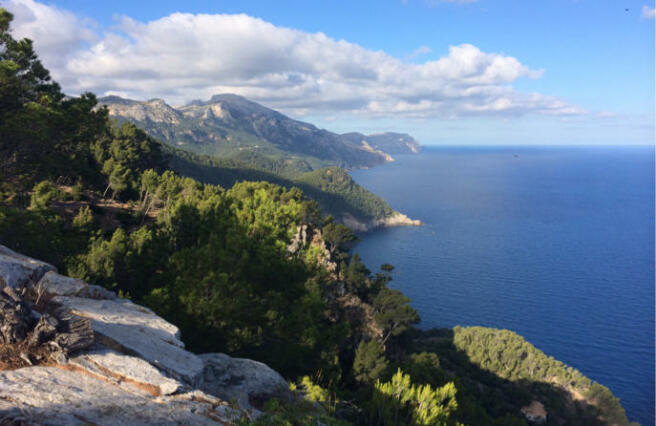 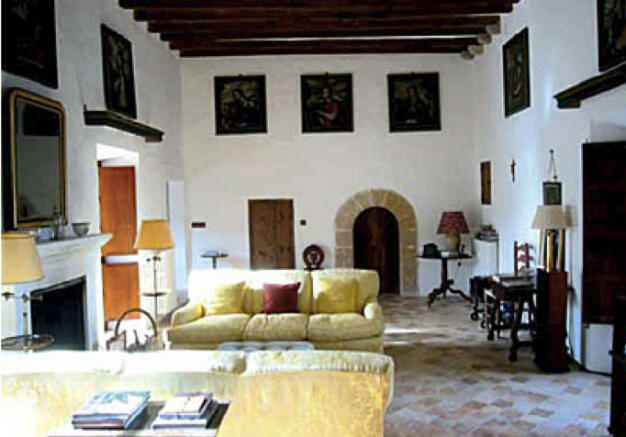 Historic country estate on the northwest coast of Mallorca, consisting of a stately home surrounded by approx. 120 acres of fertile terraced land and forest, and enjoying 180-degree views of the most spectacular coastline on the island.

For centuries the principal country estate and the main residence of an aristocratic Mallorcan family, the property includes an ancient defence tower, is built around a large central courtyard and has numerous grand reception rooms and its own private chapel. When completed, there will be a total of 12 en-suite bedrooms, many with their own sitting rooms. The house comprises a total of ca. 2000 m2 constructed area.

There are extensive terraces of centuries-old olive groves, as well as forests of ancient Mediterranean oak. The estate was one of the first on the island to be certified organic and is one of only two producing certified organic honey. Its olive oil holds the prestigious Denominacion d'Origen mark. Horses, donkeys and sheep of races indigenous to Mallorca run freely on the land. The vast majority of the conservation work to preserve and restore the rich architectural heritage of the house is complete.

All the important structural work has been done; including ca. 900m2 of Arab-tiled roofing and the restoration of the old beamed- and vaulted ceilings of the house. The "Planta Nobile", where historically the owners lived, has also been restored, while bringing it firmly into the 21st century, yet with great sensitivity. The works have all been done according to the principles of bio-construction, using natural, sustainable materials such as lime mortar, lime- based paint, and cork insulation.

Located at the end of a long private driveway, the estate offers complete privacy and seclusion. The land itself stretches for almost a mile along the Tramuntana Mountains, recently declared a UNESCO World Heritage Site. Despite its great privacy, the property is only a 40 minutes drive from the centre of Palma and its major international airport.

We endeavour to seek out the finest properties in their category and present them to you thoroughly reviewed, beforehand.

At the heart of our work and of prime importance to us is you. We consider each enquiry as individual and precious and make sure you receive all the necessary information and insights in relation to each property so you can make an informed choice. We provide you with well-tested contacts

This is a property advertisement provided and maintained by 39 North 3 East, Mallorca (reference 00207) and does not constitute property particulars. Whilst we require advertisers to act with best practice and provide accurate information, we can only publish advertisements in good faith and have not verified any claims or statements or inspected any of the properties, locations or opportunities promoted. Rightmove does not own or control and is not responsible for the properties, opportunities, website content, products or services provided or promoted by third parties and makes no warranties or representations as to the accuracy, completeness, legality, performance or suitability of any of the foregoing. We therefore accept no liability arising from any reliance made by any reader or person to whom this information is made available to. You must perform your own research and seek independent professional advice before making any decision to purchase or invest in overseas property.

You have no recent searches.
Email agent
Call agent: 03339 395683Not in the UK? Call 0034971531535
Email agent
This site: Site map Help Cookies Safety and security Terms of Use Privacy Policy
Major cities and towns in the UK: