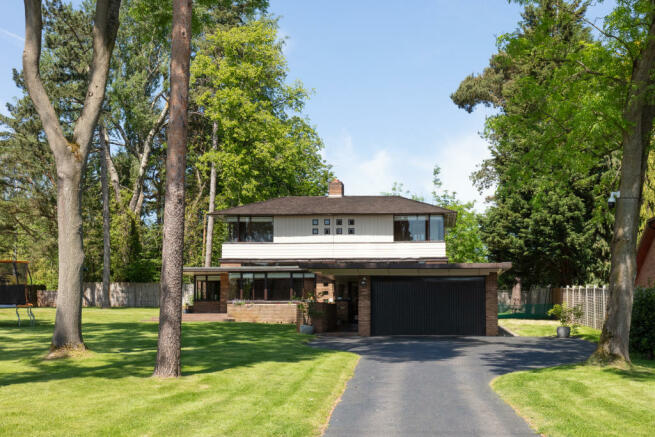 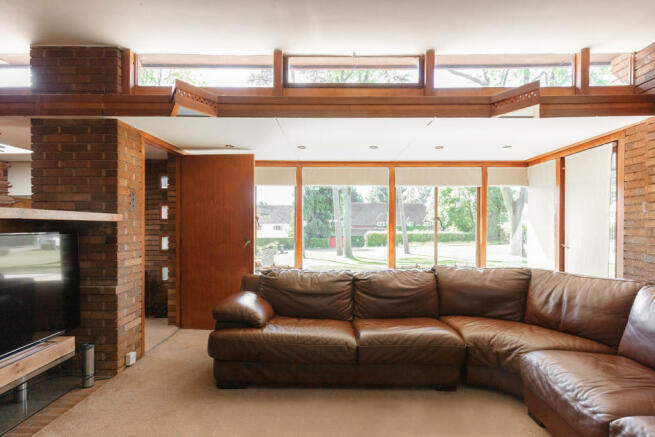 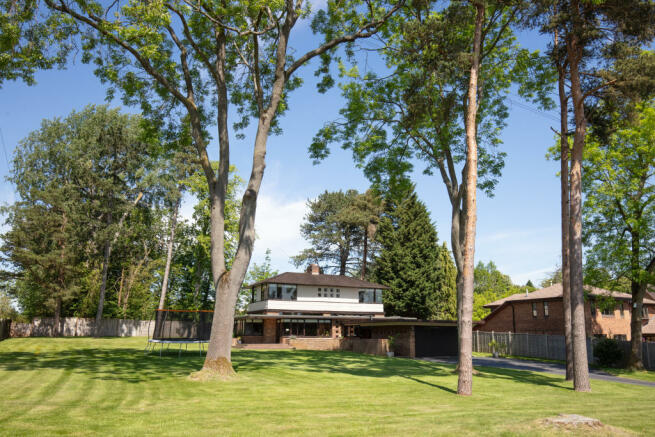 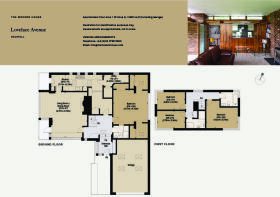 This wonderful example of mid-century architecture sits on Lovelace Avenue, a highly desirable private road in Solihill, eight miles to the south east of Birmingham city centre. Inspired by the work of Frank Loyd Wright, the house was designed and built between 1955-1959 by the acclaimed British architect D.Rosslyn Harper, which he lived in with his family. In 2003, the building was accredited Grade II listing status.

The internal footprint measures 1,912 sq ft and is split across two floors. One of the four bedrooms is located to the right of the entrance at the front of the property, with an interlinked dressing room and ensuite shower room. On the opposite side of the entrance hall, there is an open-plan dining and living room with the original brick hearth and built-in window seats. The kitchen, a typical galley layout, is positioned to the rear of the plan and has a separate utility room interlinked. Upstairs there are three further bedrooms, each with large frameless plate glass windows looking out to the garden from every aspect.

Set centrally in the 1/3 acre surrounding curtilage, the house demands a clear relationship with the garden; the internal panelling throughout the house is believed to have been sourced from the pre-existing oak trees in the existing plot. A sizeable double garage, positioned at the tip of the driveway, accommodates two vehicles and could be converted to further living space. Subject to the relevant consents, the property could also be extended laterally.

Solihull was voted the ‘UK’s best place to live’ in 2013, primarily for the excellent selection of state and private schools and wealth of parks and outdoor green spaces. Rail connections are very good, with Widney Manor station just a five-minute walk from Lovelace Avenue offering connections to Birmingham New Street in 24 minutes and London Marylebone in one hour and 40 minutes. The M42 motorway is reachable in five minutes by car.

Disclaimer - Property reference TMH78680. The information displayed about this property comprises a property advertisement. Rightmove.co.uk makes no warranty as to the accuracy or completeness of the advertisement or any linked or associated information, and Rightmove has no control over the content. This property advertisement does not constitute property particulars. The information is provided and maintained by The Modern House, London. Please contact the selling agent or developer directly to obtain any information which may be available under the terms of The Energy Performance of Buildings (Certificates and Inspections) (England and Wales) Regulations 2007 or the Home Report if in relation to a residential property in Scotland.