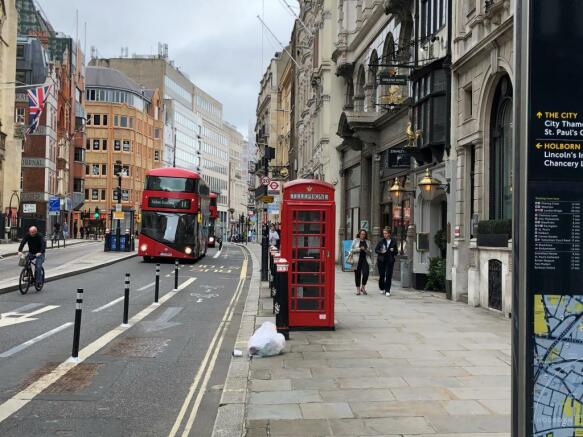 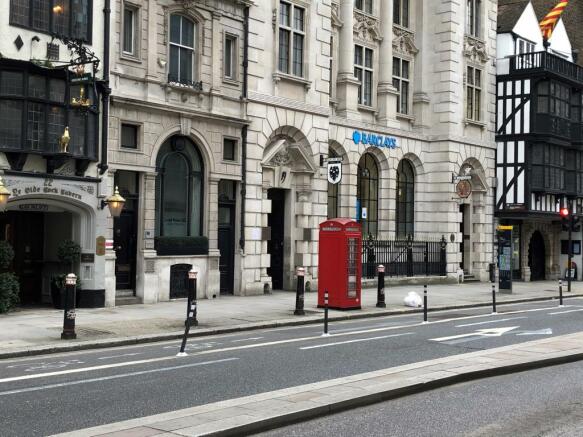 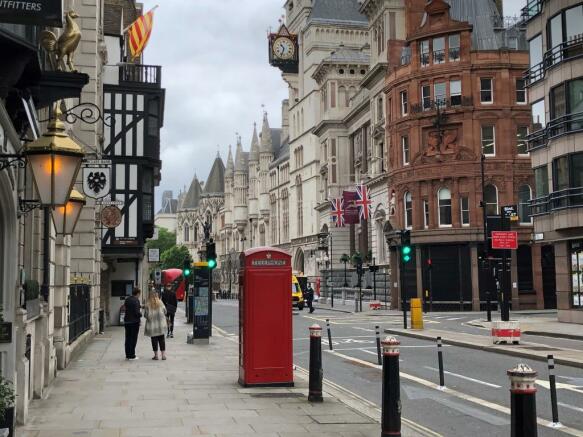 These historic listed "K2" red phone box or “Jubilee” kiosks, commemorating the Silver Jubilee of the coronation of King George V. These boxes are 8'3" high and 3ft square. They were originally designed by Sir Giles Gilbert Scott, who also designed Liverpool’s Anglican Cathedral, Battersea Power Station and Bankside Power Station now Tate Modern. Historic England have listed to preserve these iconic red kiosks, and many have transformed them to coffee shops, libraries, museums, bakeries, and defibrillators. In Cheltenham, 10 red phone boxes have been transformed into miniature art galleries, showcasing the work of local artists.

This kiosk has mains electricity and has no service charge or ground rent to pay.


Fleet Street is a major street mostly in the City of London. It runs west to east from Temple Bar at the boundary with the City of Westminster to Ludgate Circus at the site of the London Wall and the River Fleet from which the street was named. The street became known for printing and publishing at the start of the 16th century, and it became the dominant trade so that by the 20th century most British national newspapers operated from here. The kiosk is located on the south side of Fleet Street, outside Barclays Bank.

Disclaimer - Property reference 62580. The information displayed about this property comprises a property advertisement. Rightmove.co.uk makes no warranty as to the accuracy or completeness of the advertisement or any linked or associated information, and Rightmove has no control over the content. This property advertisement does not constitute property particulars. The information is provided and maintained by BidX1 Commercial, London. Please contact the selling agent or developer directly to obtain any information which may be available under the terms of The Energy Performance of Buildings (Certificates and Inspections) (England and Wales) Regulations 2007 or the Home Report if in relation to a residential property in Scotland.

Auction Fees: The purchase of this property may include associated fees not listed here, as it is to be sold via auction. To find out more about the fees associated with this property please call BidX1 Commercial, London on 020 8012 4254.