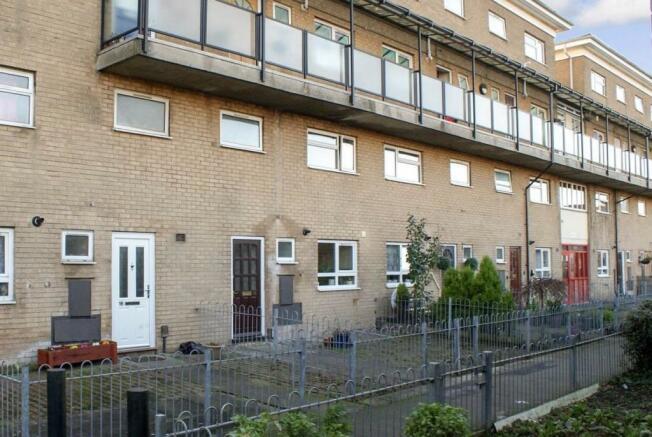 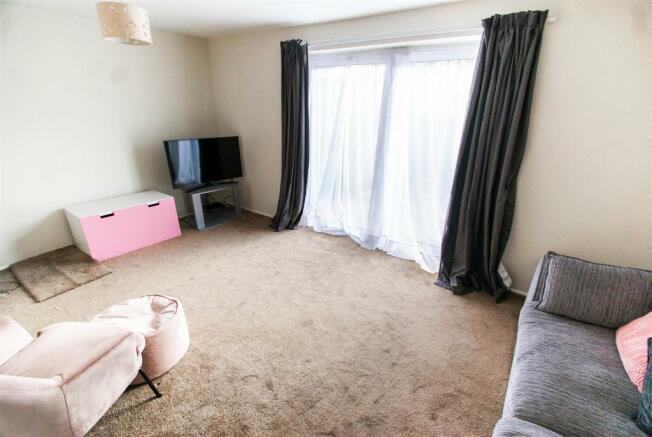 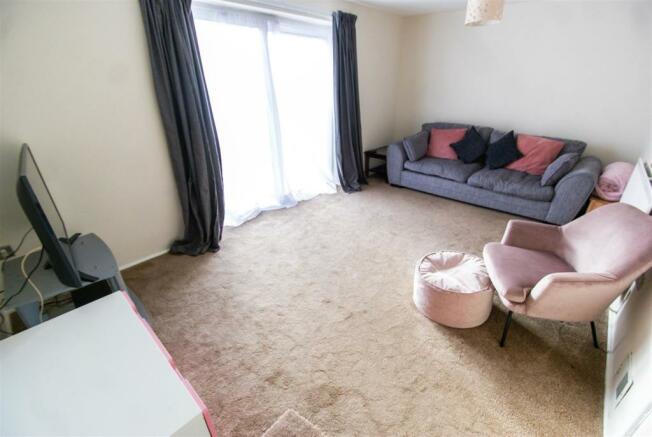 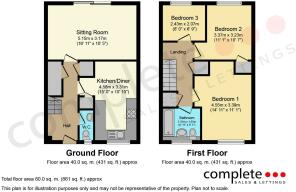 An attractively presented and recently redecorated ground floor duplex maisonette, offering family sized accommodation. The property benefits from a recently installed gas central boiler, enclosed fore and rear gardens. It is entered into an entrance hall which passes a downstairs WC and a sociable kitchen dining space, then leading to the spacious sitting room at the rear. This in turn provides access to the courtyard garden, which contains a brick built outside storage shed. The first floor houses three bedrooms and a family bathroom, whilst there are a range of integrated storage solutions throughout the property.

Entrance Hall - Entered via a door with inset partially obscured glazed panels. Doors radiate to the downstairs WC, the kitchen diner, the sitting room and two storage cupboards, while stairs rise to the first floor. One storage cupboard contains coat hooks and space for shoes, the other runs the full length beneath the stairs. There is wall mounted fuse board and a panel radiator.

Kitchen Diner - This sociable space allows room to position a dining room table and chairs. There is a double glazed window to the front aspect above the kitchen sink, the kitchen has been fitted with a complimentary range of base and eye-level fitted kitchen cabinets, finished in a beech effect. There is an integrated oven, hob and extractor, all finished in stainless steel, whilst there is space and plumbing for both a washing machine and dishwasher. There is a wall mounted Worcester boiler for gas central heating and hot water. A door leads to a storage cupboard containing the gas meter, whilst there is a panel radiator.

Sitting Room - With a sliding patio door allowing access and a view of the courtyard garden, whilst there is a panel radiator.

Downstairs Wc - With a partially obscured double glazed window to the front aspect, being refitted with a white flush WC and wall mounted sink.

First Floor Landing - With doors radiating to the three bedrooms and 2 to storage cupboards.

Bedroom One - A double room with a double glazed window to the front aspect, an alcove suitable for positioning wardrobes and a panel radiator.

Bedroom Two - A double room with a double glazed window to the rear aspect, a door to a built in wardrobe and a panel radiator.

Bedroom Three - With a double glazed window to the rear aspect and a panel radiator.

Bathroom - With a partially obscured double glazed window to the front aspect, whilst being fitted with a three-piece white bathroom suite. This comprises of a panel bath, with a wall mounted shower over, a pedestal sink and a push-button operated low-level flush WC.

Fore Garden - Approached via a pedestrian footpath, surrounded by metal railings. A footpath leads to the front door, whilst the remainder of the fore garden is low maintenance and laid to block paving.

Rear Garden - Accessed either from the sitting room or alternatively from a communal garden at the rear of the property. The rear garden is southerly facing, laid to paving, whilst also containing a brick built outside storage shed.

Location - Forming part of the increasingly popular Sydenham location with local doctors, supermarkets and two outstanding primary schools nearby, whilst there is also parking available on street. The property adjoins Sydenham drive, which is serviced with bus routes, it is less than 1.5 miles from the town centre, whilst Leamington Spa railway station is approximately 1 mile from the property, offering a regular service to Birmingham and London and the North. The road networks nearby give great access to the local towns around the vicinity with the M40, Fosse Way and other major road networks close. Leamington Spa has been described as one of the top 10 towns of choice, with its array of cafes, boutiques, parks and gardens. 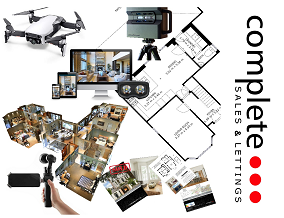 Buying and selling your home can be one of the most stressful things you can do in your life. At Complete Estate Agents we believe that it doesn't necessarily need to be that way. With honesty, integrity, simplicity an amazing award winning marketing, together with a prominent town centre showroom and good old fashioned hard work at the heart of everything we do we endeavour to ta

Disclaimer - Property reference 30785482. The information displayed about this property comprises a property advertisement. Rightmove.co.uk makes no warranty as to the accuracy or completeness of the advertisement or any linked or associated information, and Rightmove has no control over the content. This property advertisement does not constitute property particulars. The information is provided and maintained by Complete Estate Agents, Leamington Spa. Please contact the selling agent or developer directly to obtain any information which may be available under the terms of The Energy Performance of Buildings (Certificates and Inspections) (England and Wales) Regulations 2007 or the Home Report if in relation to a residential property in Scotland.