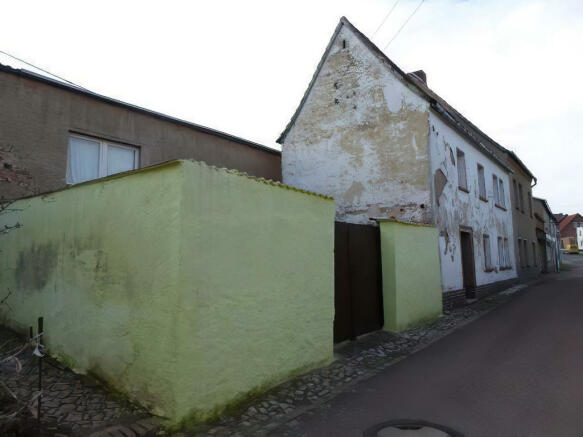 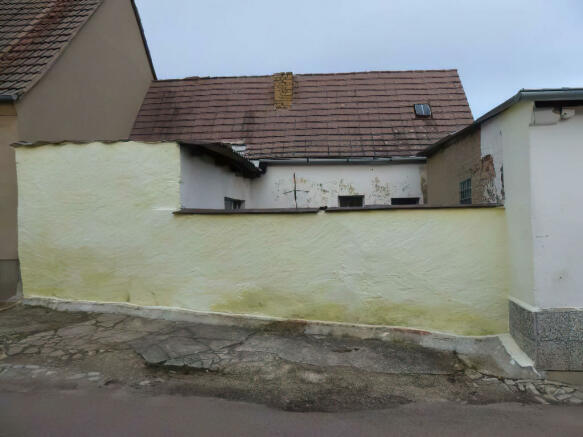 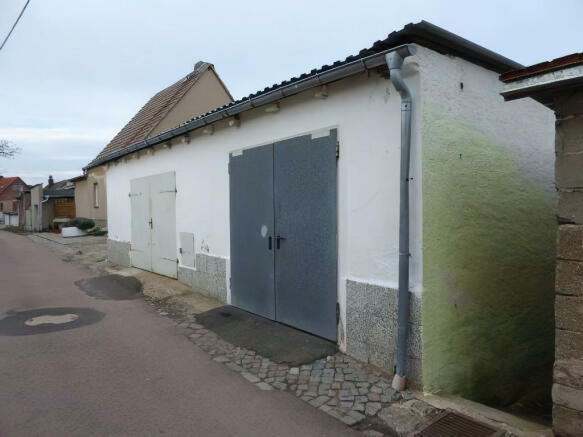 A great start with this solid building in Konnern.

A Half Hour journey by car takes you to Leipzig (Halle) International Airport, which offers direct flights to the UK year round as well as regular flights to Spain, Portugal, Italy, Greece, Austria, Switzerland, Bulgaria etc. You're also 40 Mins to the city of Leipzig. Leipzig is Saxony's coolest city, a playground for nomadic young creatives who have been displaced even by the fast-gentrifying German capital, Leipzig is also a city of enormous history, a trade-fair mecca and solidly in the sights of music lovers due to its intrinsic connection to the lives and work of Bach, Mendelssohn and Wagner.

If you're into museums, you wont be dissapointed, because there are at least 20 of them in the city. Leipzig Zoo is an all day affari, and has 850 animal species. From the usual suspects like Bears, Tigers, Elephants and monkeys to much rarer species this zoo has it all and more. Dont miss Pongoland, Pongoland is an ape enclosure that is the only one of its kind in the world. Chimpanzees, bonobos, gorillas and orang-utans all await you there. There is a massive aquarium and much more, Leipzig really is an impressive zoo.

Facts about Leipzig:
-Leipzig is home to Europe's largest railway station
-Leipzig is surrounded by water. Located at the confluence of three rivers - the Parthe, Pleisse and the White Elster, it's also home to many small rivers and canals that are connected so you can get around parts of Leipzig by boat. In Leipzig, many former open pit mines have been flooded to create a number of lake habitats including the most famous one - The Cospudener.
-Leipzig has more bridges than Venice - 457 versus 400 in Venice.
-One third of Leipzig is covered by green parks and forests.
-Leipzig is so totally hip and the proof is in the pudding. Leipzig is home to a Porsche factory, here you can go around the test circuit. Imagine being thrown back in your seat as you rocket from 0 to 60 MPH in under four seconds, its possible right here at the Porsche factory - 1/2 Hour from your home! Dont forget to take the tour.

Annual events incude the worlds largest goth festival, Leipziger Buchmesse (Google it), the 10 day Bach festival and the Honky Tonk pub fesival, catch the free shuttle bus from pub to pub and you slowly get more and more incapable of normal conversation, even the natives may think you are German as the night advances.

Konnern itself is an attractive large village on the right bank of the river Salle. Surrounded by flowing green fields, the centre is home to an ancient church, attractive streetscapes and the usual amenities expected of a premium village such as this. The village has a decent hotel "The Goldener Ringer". For general shopping, you have the choice of Aldi, Rewe, Norma or Netto supermarkets (Thats right, 4 supermarkets right here in Konnern). There's also mobile phone shops, clothes retailers, chemists, sports shops (Intersport), book shops and much more.

The plot size of the property is 168SQM, whilst the living space is 90SQM. You are only 300 Metres to the centre of the village. This is not a conservation (Listed) building so you can pretty much do as you wish with it. Water and electric are available. This is a two storey property which also has a courtyard accessable from a close to the size of the property. Remedial work has already been carried out on the kitchen ready for a new floor above it. The property requires renovation, considerable work has already carried out for conversion into a family home or letting units.

This is a property advertisement provided and maintained by Octary LTD, Edinburgh (reference Konnern1) and does not constitute property particulars. Whilst we require advertisers to act with best practice and provide accurate information, we can only publish advertisements in good faith and have not verified any claims or statements or inspected any of the properties, locations or opportunities promoted. Rightmove does not own or control and is not responsible for the properties, opportunities, website content, products or services provided or promoted by third parties and makes no warranties or representations as to the accuracy, completeness, legality, performance or suitability of any of the foregoing. We therefore accept no liability arising from any reliance made by any reader or person to whom this information is made available to. You must perform your own research and seek independent professional advice before making any decision to purchase or invest in overseas property.