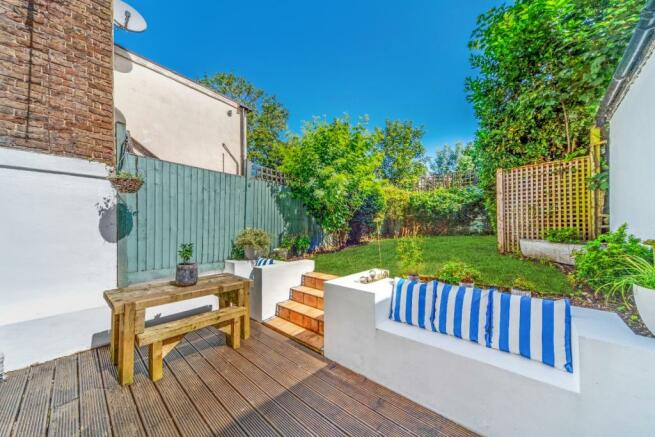 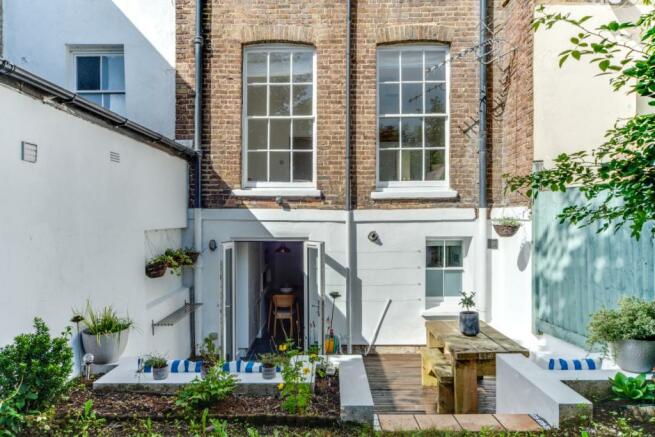 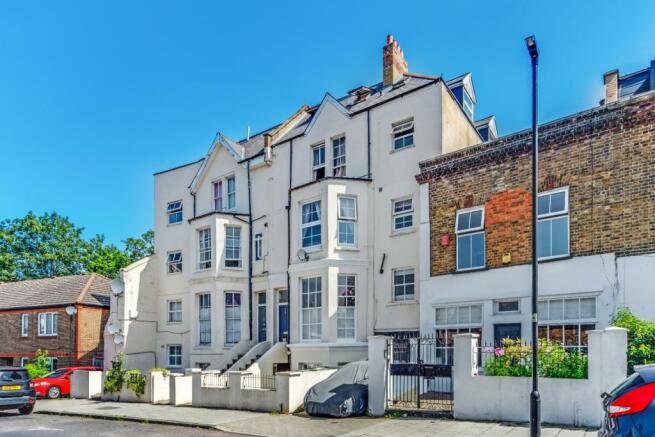 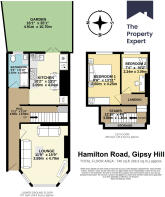 Tenure: Please confirm if this is a freehold or leasehold property with Agent House

*Make sure you click the virtual tour tab to explore everything interactively!*

*Guide Price £475,000-£500,000* Split over two levels, and boasting its own private East facing garden (with patio and fitted benches), this beautiful Victorian conversion is just 200 metres from the iconic Paxton pub in the heart of Gipsy Hill.

Why should you buy me?

The flat is split over both the lower ground floor and first floor of a huge Victorian house, which gives it sole access to the beautiful East facing garden at the rear, plus also the spectacular original wood sash windows at the rear (in both bedrooms).

Unusually for a conversion, the flat also has its own private entrance (which avoids a chunky service charge as there are no significant communal areas).

The flat benefits from a long lease (231 years from 25 March 1999, so a healthy 209 years remaining) - avoiding any issue with lease extension.

Internally the floorspace is brilliantly proportioned at 746ft2 (69.3m2) and is house like, with the two bedrooms tucked away privately upstairs while the lounge, kitchen & bathroom are downstairs.

The master bedroom is generously proportioned for a large double plus storage, and the second bedroom currently hosts a single bed and desk, so works perfectly as a dual-purpose home office, however could also fit a larger quarter bed if preferred.

On the way down the stairs, there is storage space which has been made into a real feature, perfect for displaying any memorabilia you want to remind yourself of, or perhaps a library or record collection.

The kitchen has been brilliantly considered, making use either side of the chimney breast for a fridge freezer, washing machine and dishwasher, while still leaving enough space for a generous dining table and five-point gas hob in the worktop. The design is in keeping with the character of the building with a well-maintained oak worktop and bottle green tiles which help bring the outside in.

Sam & Gemma (the current owners) loved living in the flat when they lived in London, however have recently emigrated to Adelaide, Australia and couldn’t suffer letting it for too long, as it’s always been a treasured home.

It is therefore chain free and ready to rock and roll as soon as any ready buyer is prepared to take it off their hands.

Despite being so close to so much and running parallel to South Croxted Road, Hamilton Road is a quiet and pretty street.

Gipsy Hill takes its name from the historical presence of Gypsies, as it was sparsely populated until the 19th century, however now is very much a hub for culture and art.

Beer connoisseurs will be pleased that Gipsy Hill is now widely recognised for its local breweries, and Hamilton Road even hosts ‘The London Beer Factory’ (pictured) which (at the rear) becomes a refined beer garden in the evenings. For those who don’t like beer, the restaurants (also pictured) in the parade at the bottom of the street are a ‘must visit!’

When Sam & Gemma lived at the property, Sam in fact walked to West Dulwich (1.7km - which he did in 14mins).

The walk is not only a nice scenic route past grand houses, independent shop owners and a hugely convenient Tesco express, but also opens up the option of a different zone 3 train line (which all commuters know is a godsend), this time connecting to Brixton (5 mins), Victoria again (but this time in just 13mins) & allowed Sam to change at Herne Hill (2mins) for Blackfriars (only a further 12mins).

Another rare bonus (especially for a property so close to the station) is the free on street parking – which saves scrapping around for visitors permits.

Be quick on this one! We can’t see it sticking around.

Agent House is a collective of self-employed agents, with each agent given complete autonomy over the business that they run.

To ensure the service standards our clients receive is never compromised, we have incomparable industry values, only accommodating experienced and qualified agents.

The world is changing, with a clear swing in opinion for quality over quantity, and integrity before profit. Our view is that the estate agency industry in the UK should be no exce

Disclaimer - Property reference S37001. The information displayed about this property comprises a property advertisement. Rightmove.co.uk makes no warranty as to the accuracy or completeness of the advertisement or any linked or associated information, and Rightmove has no control over the content. This property advertisement does not constitute property particulars. The information is provided and maintained by Agent House, London. Please contact the selling agent or developer directly to obtain any information which may be available under the terms of The Energy Performance of Buildings (Certificates and Inspections) (England and Wales) Regulations 2007 or the Home Report if in relation to a residential property in Scotland.