Tenure: Please confirm if this is a freehold property with Corum

Originally constructed around 1825, Ashcraig is a modern mansion, totalling 10,500 square feet on Skelmorlie's coastline, boasting additions by the renowned architect John Honeyman. Honeyman enhanced the property with an extension to the north side, turret and conservatory, allowing the property to feature spacious and superior living areas. The current owners purchased Ashcraig in 2003 from previous owners of 30 years residency.

Ashcraig is a stunning, detached, red sandstone mansion nestled within 11 acres of mature garden grounds, which were originally laid by Henry Watson for the original owner Mr A O Campbell, a West Indian Sugar Planter. Also erected was a small concrete chapel which now exists as a small dwelling house at the entrance to the grounds. The property's grounds also include a tennis court, paddock and 500 metres of private beach front, allowing it to be undoubtedly one of the finest examples of its type ever on the market. Meticulously restored to its former glory using a professional combination of modern and traditional materials, Ashcraig's current owners have spent eight years thoughtfully extending, developing and upgrading the property to include all aspects of luxury modern life. With an internal area extending to a huge 10,500 thousand square feet, Ashcraig boasts space and superiority whilst maintaining its charm and intimacy.

The property's interior space four double bedrooms all with en suite facilities. The master bedroom has been re-designed to include walk in dressing room and large family bathroom, with jacuzzi and stunning garden views. Also included in the property's interior is a reception hallway, large formal drawing room, formal dining room and an office / study. A stunning Smallbone kitchen with dining area leading to a spacious family area and stunning conservatory to the front. There is also access to a sheltered entertaining deck with views of the garden from the side. Also leading on from this is a recreation annex that currently hosts a fully equipped gymnasium with a juice bar, a luxurious spa including steam room as well as an eight - person sauna and hot tub with walk in shower and separate shower room. On the lower floor there is a utility room, large games room with a bar, a children's playroom, a modern home theatre and a wine cellar. Also on this floor there is a comms room, two storage rooms, two boiler rooms and extensive safe room, there is also an access to a large car garage that can house up to four vehicles, circa 1500 sq feet.

Externally, the property offers a sweeping driveway with a sandstone gatehouse leading past the tennis court, through the lawned gardens to extensive parking.

Local Area
Skelmorlie and neighbouring Wemyss Bay offer a range of amenities, recreational facilities and swift travel links to Glasgow via bus, train and the upgraded road network. There is also a regular ferry service to the Island of Bute. Skelmorlie's amenities include primary schooling, a golf course, a bowling club, as well as restaurants and hotels nearby. 4 miles to the south, the bustling holiday town of Largs has a host of amenities as well as a regular service to the beautiful island of Cumbrae. 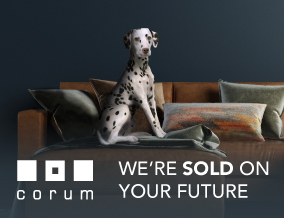 Once, estate agents were estate agents. Nowadays, they're often lawyers, mortgage brokers and letting agents too - but not at Corum. We work exclusively in estate agency, meaning we devote 100% of our time doing what our customers want: securing the best price for their property.

The agency's original founding partners worked together at one of the largest estate agencies in the country, until a company takeover led to a wholesale focus on Financial

Disclaimer - Property reference LA1509. The information displayed about this property comprises a property advertisement. Rightmove.co.uk makes no warranty as to the accuracy or completeness of the advertisement or any linked or associated information, and Rightmove has no control over the content. This property advertisement does not constitute property particulars. The information is provided and maintained by Corum, Largs. Please contact the selling agent or developer directly to obtain any information which may be available under the terms of The Energy Performance of Buildings (Certificates and Inspections) (England and Wales) Regulations 2007 or the Home Report if in relation to a residential property in Scotland.