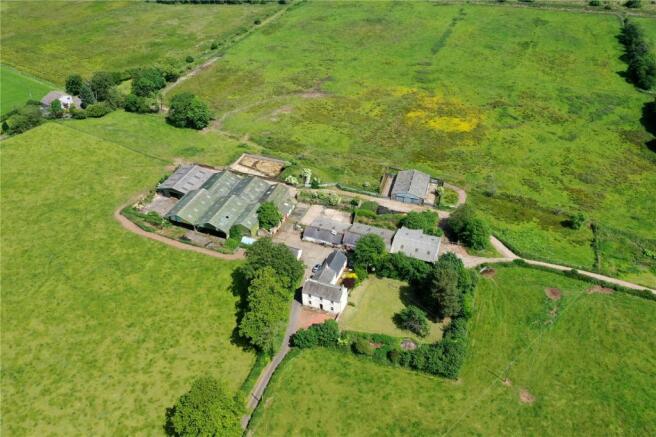 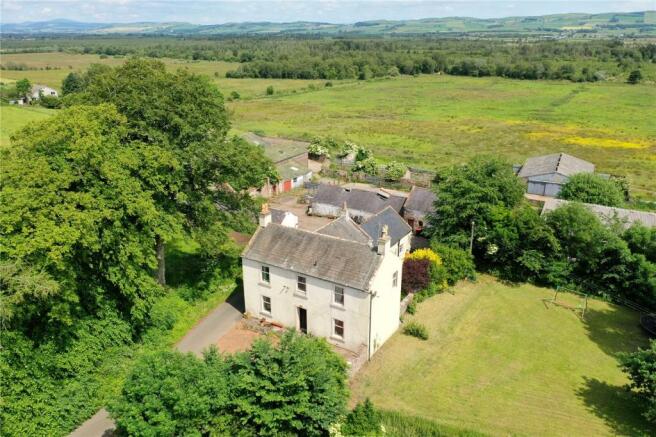 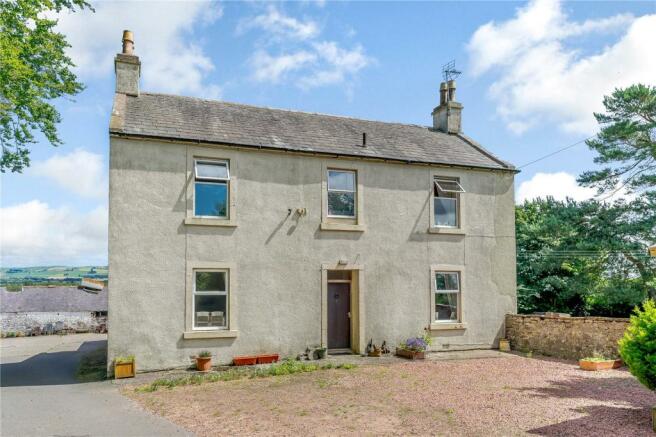 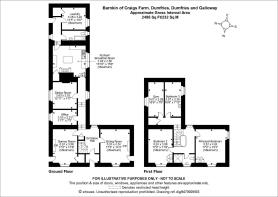 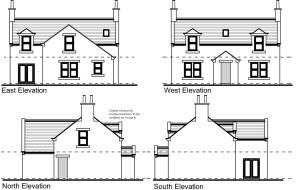 Available as a whole or in 5 lots

A relatively compact yet productive mixed arable/livestock farm with a substantial farmhouse and a wide range of traditional and modern agricultural buildings, some of which may lend themselves to redevelopment having previously had planning permission to form up to nine dwellings. Two further plots, each with full planning permission for a 1 and ½ storey three-bedroom cottage. Afforestation and biodiversity enhancement potential.

DESCRIPTION
Barnkin of Craigs extends to approximately 217.67 Acres (88.11 Ha) in total, of which approximately 118.15 Acres (47.81 Ha) is considered arable and 91.62 Acres (37.07 Ha) is rougher ground which may be more suited to providing environmental and biodiversity gain than agricultural production in the coming years.

The farm benefits from a range of large and relatively modern buildings, providing more than adequate accommodation and storage for an arable or mixed enterprise over an area of this scale. Equally, the more traditional buildings and smaller newer shed to the south east of the yard might lend themselves to a variety of diversified uses and reconfigured to generate additional income streams.

The land has a predominantly easterly aspect and slopes gently from the Barnkin public road before levelling out as it adjoins Lochar Moss. Currently split into 13 main enclosures, the farm is ring fenced with all areas easily accessible via a convenient internal system of concrete tracks or directly from public roads. All fields have water supplies and are stock proof apart from some sections of the lower lying fields along the eastern boundary.

The agricultural buildings are largely surrounded by generously proportioned concrete aprons and yard which makes the movement of animals and machinery more convenient. Adjacent to the main block of agricultural building is a large slurry lagoon, while further east is a silage pit which could potentially be covered, together with a more modern cattle court. To the rear of the farmhouse there is a modern steel portal framed general purpose store with poured concrete floor which adjoins a series of smaller traditional stone and lime buildings that are in varying degrees of dereliction. Planning permission for conversion of these buildings to form up to nine residential properties was previously granted and could conceivably be revived.

All things considered, Barnkin of Craigs would provide an incoming purchaser with a variety of pptions, be they continuing with purely agricultural production, or diversifying to a greater or lesser extent into enhancing biodiversity, moving towards leisure and eco-tourism, or perhaps establishing an equine related business, all in addition to providing a large family home in a magnificent secluded rural setting.

Residential
The original traditional farmhouse is two storey and of stone and lime construction under a timber framed slate covered roof, while the extensions are assumed to be brick or concrete block with similar roof structures. In its current configuration the farmhouse extends to approximately 232m2 and provides 4 bedrooms, WC with shower, sitting room, further reception room/games room, office, dining room, kitchen, family bathroom and laundry/utility room.

Farm Buildings
The farm buildings are a mixture of both modern and traditional construction of varying ages, proportions, uses and condition. Planning permission was previously obtained for the traditional stone and lime buildings for a change of use alteration and extension to form up to 9 dwellings.

Land
The land extends to approximately 40.96 Acres (16.57 Ha) and is split between three main enclosures shown shaded pink on the sale plan, with one field either side of the primary access to the farmhouse being considered arable quality and the remaining larger field beyond being rougher grazings.

The land is designated by the land classification for agriculture scale (LCA) as primarily grade 3.1 with a small area of grade 3.2 to the north of the farmhouse and yard and primarily grade 4.2 and then 6.2 as it progresses westward from the house towards Craggs Moss.

The land is designated by the land classification for agriculture scale (LCA) as primarily grade 3.1 with a small area of grade 3.2. The rougher area is primarily grade 4.2 and then 6.2/6.3 as it progresses eastwards beyond internal access road.

LOT 4
FIELD EXTENDING TO APPROX. 33 ACRES
A single generously proportioned arable field enclosure extending to approximately 33.72 Acres (13.64 Ha). The majority of the field is designated as grade 3.1 with a strip of grade 3.2.

LOT 5
POTENTIAL ACCESS STRIP
A strip of land which has been identified as a potential access route for diversification away from forestry/agriculture of neighbouring land. This area may be retained by the seller or possibly sold subject to a clawback agreement.

DEVELOPMENT POTENTIAL/DIVERSIFICATION
As mentioned earlier, some of the traditional buildings previously benefited from full planning permission for conversion to form up to 9 residential dwellings and it is hoped that this, or something similar, might be secured. Equally, with the current towards agro tourism, safeguarding and enhancing biodiversity combined with likely “green” incentives emerging as part of evolving farm subsidy regimes and policy stated policy objectives, a revisal of the previous planning permission to form to erect a series of holiday lodges, yurts or glamping pods might also be viable. There is also considerable scope to establish a Livery business utilising the extensive traditional buildings and good quality grazings with ample space for additional specialist structures if required and a good internal system of tracks and adjacent woodland tracks for hacking out.

While potential purchasers will need to take their own advice, it is felt that there may also be scope for some renewable power generation subject to securing the requisite planning permission, completing the obligatory surveys and securing grid connection.

WOODLAND/AFFORESTATION, BIODIVERSITY/ENVIRONMENTAL
The farm as a whole but, more specifically fields 3, 5 and 6 may have some natural capital value that could contribute to a purchaser’s own corporate social responsibility strategies or indeed be leveraged to offset a third parties. There is also potential for some small-scale wetland restoration or creation in addition to potential woodland creation and carbon offsetting.

VIEWING
Strictly by appointment with the Selling Agent. Given the potential hazards of a working farm, we request you take care when viewing the property, especially around the farm buildings. 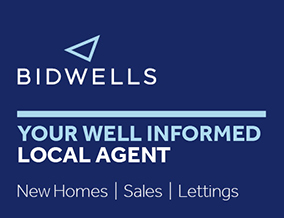 Our teams cover the length and breadth of the UK, from the most remote parts of northern Scotland to the South West of England.

We provide a deep knowledge and appreciation of what affects agriculture, the wider rural economy, and individual businesses - together with a wide range of services for clients in rural locations.

The rural land market is an increasingly divers

Disclaimer - Property reference RPE210117. The information displayed about this property comprises a property advertisement. Rightmove.co.uk makes no warranty as to the accuracy or completeness of the advertisement or any linked or associated information, and Rightmove has no control over the content. This property advertisement does not constitute property particulars. The information is provided and maintained by Bidwells, Cambridge - Rural. Please contact the selling agent or developer directly to obtain any information which may be available under the terms of The Energy Performance of Buildings (Certificates and Inspections) (England and Wales) Regulations 2007 or the Home Report if in relation to a residential property in Scotland.