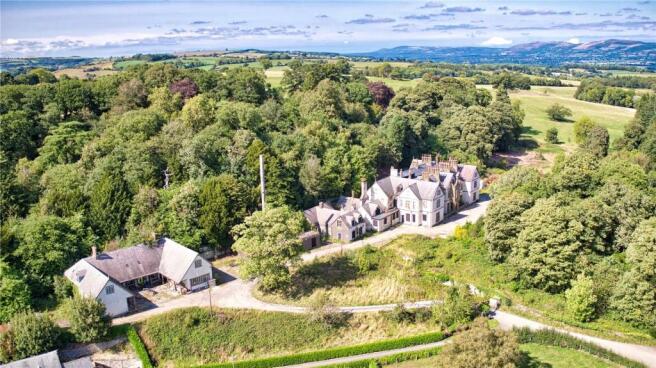 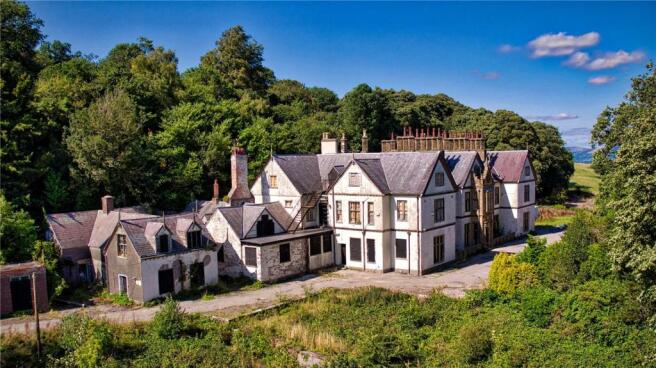 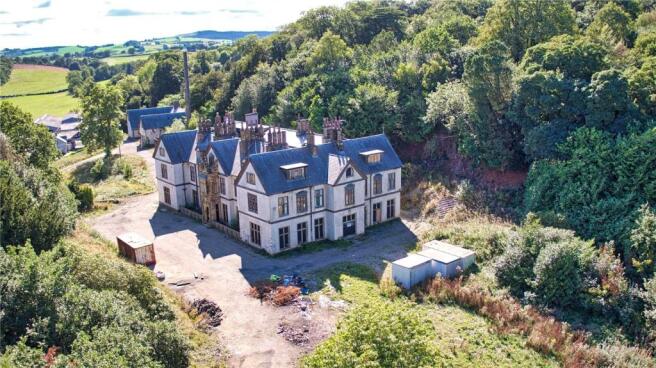 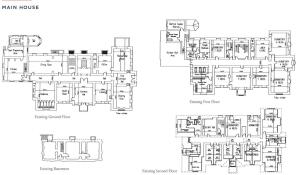 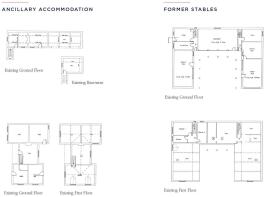 OF INTEREST TO PRIVATE BUYERS, DEVELOPERS
AND INVESTORS

- Planning permission previously granted for Care Home and village including consent for circa 57,000 sq.ft. of enabling development.

The site originated as a medieval deer park to the nearby Ruthin Castle. A country house has been established on the site since the 16th Century and in 1617 a Thomas Needham of Pool Park served as High Sheriff of Denbighshire. Thereafter the estate became a possession of the Salesbury family and has since passed through marriage. The present house and its associated buildings were laid out between 1826 and 1829 for the second Lord Bagot and designed by architect John Buckler.

By 1919 it was tenanted by Sir Ernest Tate, High Sheriff of the county in that year and within a decade was sold. In 1937 the house became a convalescent home and subsequently a psychiatric hospital. The property and indeed the site have been vacant since the mid-1990’s. It is Neo-Elizabethan in style, and originally had mock half-timbering to the upper storey. Pool Park is a substantial country residence of historical importance and represents a very early and accomplished example of this revival style and is fully deserving of its Grade II* listing.

The building now requires renovation but there remains plenty of original character and it is clear that the original build was to a high standard including deep mullioned windows, plaster moulded ceilings, period fireplaces, doors and architraves, and of particular note is the fine staircase with carved oak balusters. Since it has become unoccupied the building has fallen into disrepair albeit with some of detail remaining.

Pool Park was built as a private dwelling and remained the case until the 1930’s when it was converted for use as a hospital. It remained in this use until the later part of the 20th century and since its sale in 1994 the property has been unoccupied.

In recent years planning permission for change of use has been obtained (now lapsed) under application number 13/2011/1277 for a restoration of the house to a nursing home, conversion of the outbuildings to 6 dwellings and redevelopment of the former walled garden and parts of the woodland with a care village.

Having regard to the foregoing and subject to obtaining any requisite consents, Pool Park seems suitable for a variety of different uses be it in the residential or commercial sectors. By virtue of the fact planning permission has been approved to develop parts of the grounds with circa 57,000 sq.ft. of new build housing, one might reasonably hope to receive support from the Local Authority for alternative schemes including a residential consent in the grounds to enable restoration of Pool Park to apartments or wings. In this connection the owner’s planning advisors have had a dialogue with the Local Authority in this regard.

Alternatively some form of leisure use would seem
appropriate, with lodges throughout the grounds and the house and existing buildings restored to additional holiday units or alternatively to become the centre of the site, perhaps with an indoor pool, bar and/or conference facilities.

The site has the privacy and sufficiently impressive setting to be suitable as wedding venue and also has the space to be used as an outward bound centre from which excursions to the various tourist spots and outdoor pursuits activities locally and throughout the north west could be organised.

Other uses could be a company HQ, country house hotel or a residential education centre.

The Chester office of national agents Jackson-Stops is well known for the marketing of properties of special appeal. We pride ourselves on our professionalism, presentation and quality of service generally. We cover Cheshire and its bordering counties as well as North Wales where the emphasis is both on country properties with land and holiday retreats.

Disclaimer - Property reference CHR210057. The information displayed about this property comprises a property advertisement. Rightmove.co.uk makes no warranty as to the accuracy or completeness of the advertisement or any linked or associated information, and Rightmove has no control over the content. This property advertisement does not constitute property particulars. The information is provided and maintained by Jackson-Stops, Chester. Please contact the selling agent or developer directly to obtain any information which may be available under the terms of The Energy Performance of Buildings (Certificates and Inspections) (England and Wales) Regulations 2007 or the Home Report if in relation to a residential property in Scotland.