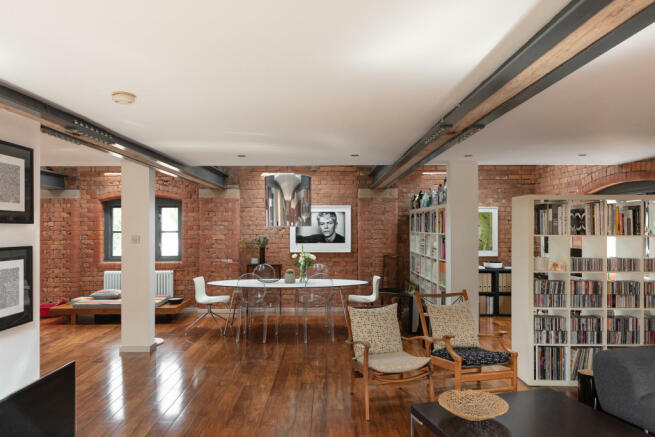 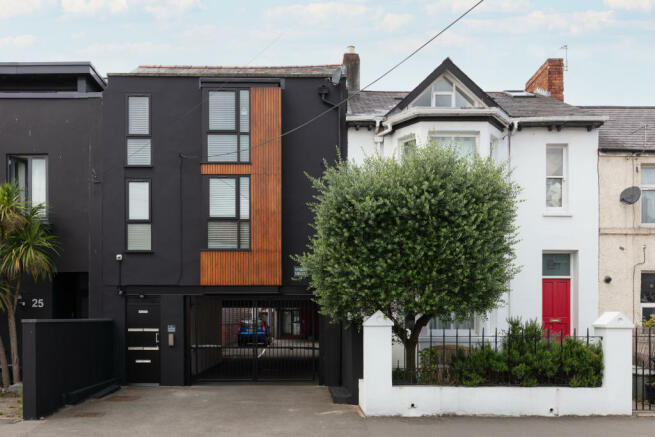 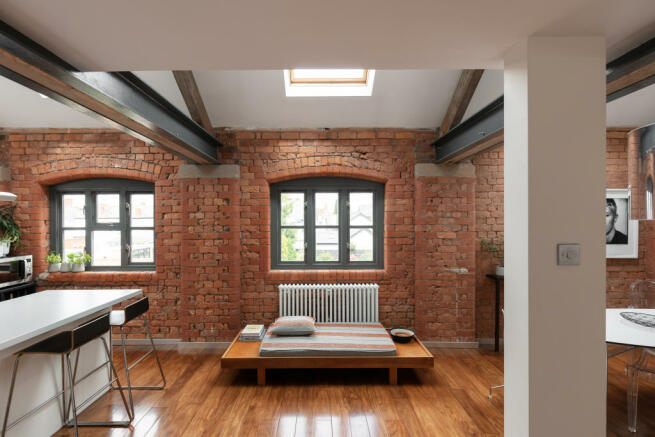 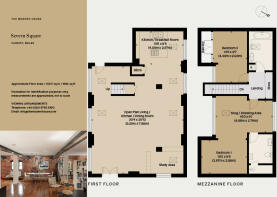 This meticulously executed two-bedroom apartment can be found in Severn Square, Cardiff’s Pontcanna district. The duplex lies within a converted Victorian cheese factory which in later years became the factory of the 1970’s coveted brand Gentle Folk jeans. The apartment is replete with industrial features such as handsome red brick walls, original warehouse windows and exposed ceiling beams. It has been carefully curated for modern living by Rio Architects in collaboration with the current owners and is wonderfully versatile in its open-plan layout.

Severn Square is an award-winning development in the heart of a thriving creative community. This apartment unfolds over the first and second floors of the converted warehouse building, which sit above the communal car parking areas; the apartment itself has access to a dedicated parking space.

Entrance is to a hallway with freestanding shelving along one wall, plus hooks for coats and storage for shoes. This leads to a large, open-plan living area that retains an abundance of original warehouse features, carefully preserved and added to by Rio Architects in collaboration with the current owners. These include exposed trusses and beams, plus steel girders that frame the expansive space. Organically hardened New Zealand solid wood floor runs underfoot throughout the living space and warehouse windows are neatly set into the walls. The area is wonderfully versatile and would suit a variety of layouts; it is also brilliantly bright care of the large roof lights that allow additional light in.

The kitchen has been executed in a sleek, minimal palette of ice grey and white cabinetry and contemporary materials. It lies within the corner of the open-plan layout and is home to a generous island/breakfast bar, above which hangs a minimalist extraction fan. Built-in cabinetry lines one wall and runs underneath the sink, providing ample storage space, while a large roof light further illuminates the space. Two walls of open shelving delineate a cleverly conceived office/studio area, creating storage while providing privacy for the home workspace.

Stairs ascend to the mezzanine level, where glass balconies overlook the living spaces below. There are two bedrooms on this level, plus a snug/dressing area and two bathrooms. Exposed wooden beams extend overhead in both bedrooms; the second bedroom has access to a bijou balcony with views over neighbouring rooftops. The two bathrooms are large, light spaces; the en suite has a large shower.

A balcony can be accessed via full-height doors that open from the bedroom. Enclosed by horizontal cedar wood boards, there is space for an alfresco dining area and for plants around the borders. Views extend far beyond the neighbouring rooftops, lending a wonderful sense of space and proximity to the outdoors.

A wide variety of cafes, bars and restaurants lie moments from Severn Square. Local favourites include renowned restaurants, Heaney’s, Bullies, Thomas by Tom Simmons and Bangkok Café. A few minutes’ walk away is the popular oyster and wine bar Uisce, and café’s such as the Danish bakery BrØd, Brava, Milkwood, and Kemi’s.

At the heart of Pontcanna is the Kings Road Yard Creative Mews and the internationally acclaimed Chapter Arts Centre. The apartment is within a 15 minute walk of the city centre and attractions such as the National Museum, Cardiff Castle, the Principality Stadium, Cardiff’s Victorian Arcades and the Morgan Quarter, St David’s Hall, and the Royal Welsh School of Music and Drama.

South Wales has become internationally renowned for its fast expanding TV and film industry with Pontcanna a popular district to live in for those working in media, TV, film and the creative industry. The apartment is a 15 minute walk to the new BBC Wales headquarters in the city centre and within easy access to the major filming studios.

Severn Square is also very close to several green spaces, including the expansive and historic Bute Park and Arboretum, Pontcanna and Llandaff Fields, Coopers Field, and Sophia Gardens which encompasses the River Taff, the international Glamorgan cricket ground and several cafes including the excellent Secret Garden café, Pettigrew Tearooms, Kindle and local microbreweries Crafty Devil, and the Brewhouse & Kitchen. The Grade II listed Thompson’s Park is on the doorstep with Victoria Park and Sanatorium Park also close at hand.

Disclaimer - Property reference TMH78842. The information displayed about this property comprises a property advertisement. Rightmove.co.uk makes no warranty as to the accuracy or completeness of the advertisement or any linked or associated information, and Rightmove has no control over the content. This property advertisement does not constitute property particulars. The information is provided and maintained by The Modern House, London. Please contact the selling agent or developer directly to obtain any information which may be available under the terms of The Energy Performance of Buildings (Certificates and Inspections) (England and Wales) Regulations 2007 or the Home Report if in relation to a residential property in Scotland.