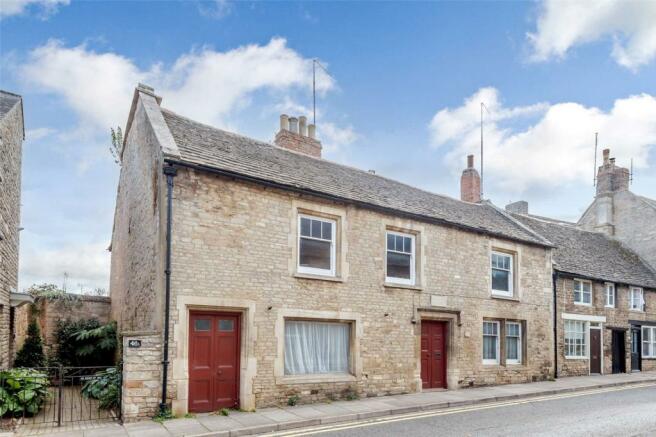 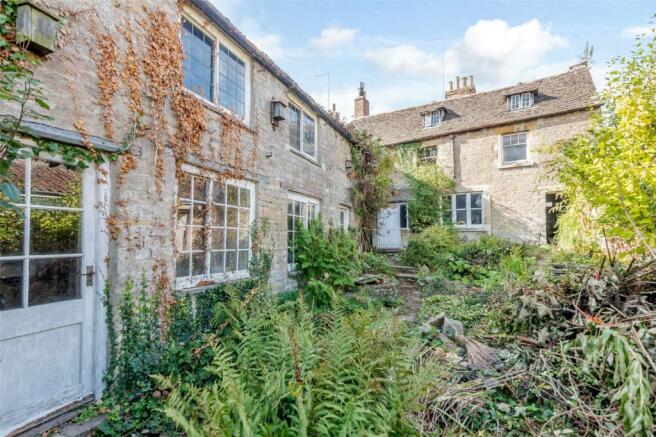 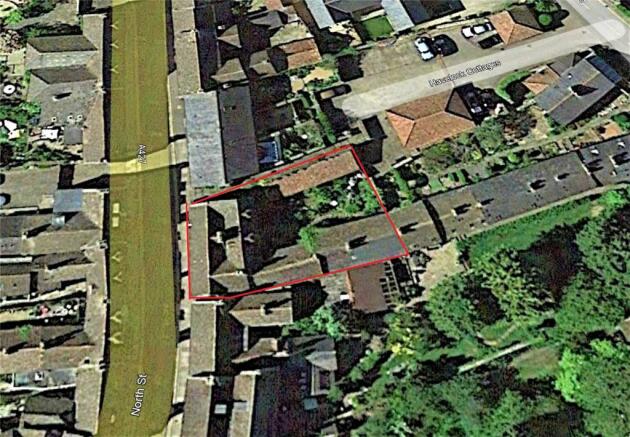 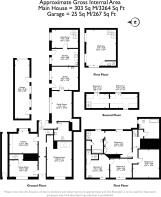 The former home of eminent artist Bernard Kay, East Court House, dates from 16th century and is Listed Grade II. The house is a two-pile property, with the front being remodelled in the 19th century. It offers beautifully proportioned rooms, with plenty of character.

The property is constructed of local limestone and set beneath a Collyweston slate roof. It has a variety of traditional sash and mullioned windows. Internally, there are spine beams dating from the 1500’s and a magnificent inglenook fireplace in the drawing room, along with a timber-framed wall. A priest hole has been discovered on the first floor.

Two, 19th century cottages, part of the Havelock terrace, within the garden, were incorporated into East Court House, to extend the accommodation, and now offering versatility.

In its current layout, the main house offers, from the timber panelled hall, three sizeable reception rooms, with high ceilings, as well as a well-proportioned kitchen.

There are two staircases to the first floor, one of which is oak panelled. There are four double bedrooms and two bathrooms. An attic staircase rises to two, former servants’ bedrooms.

The cottages to the rear were incorporated to create studio space for Mr Kay’s artwork. The property is now suitable for annex type accommodation, and is partially converted.

The garden is accessible from the house, or a gated side passage from North Street. There is also vehicle and pedestrian access from East Road, via the yard at Havelock Cottages.

Within the garden is a tandem length, stone garage, along with a useful workshop / store. The garden enjoys good privacy afforded by the boundary walls. It has maturing shrubs, including a fine fig tree. There is an open well set to one side.

East Court House is in need of repair and refurbishment. A discerning purchaser has an opportunity to create a fantastic, town centre residence of over 3,000 sq ft, with bundles of character, along with the potential to create annex type accommodation.

Bernard Kay
Bernard was born in Southport, Merseyside, above his father’s cycle shop. Encouraged by his parents, he studied at Liverpool School of Art and subsequently at the Royal Academy in London in 1948-49. In 1954 he won a French government scholarship to study in Paris, for painting at the Académie Ranson and etching at the Atelier Friedlaender. Later that year, he travelled to Vallauris in the south of France where he met Picasso’s model and muse Sylvette David, who introduced Bernard into the circle of artists around Picasso. In 1955, he exhibited at the Archer Gallery, London and the Gallerie La Hune in Paris and his work featured in the Daily Express Young Artists Exhibition. His presence increased with showings at the Obelisk Gallery and in an exhibition mounted by Roland, Browse & Delbanco, who would represent him for some years. His first major show was held in 1959 in tandem with Norman Adams and a further show followed in 1962 with Philip Sutton. Examples of his work are now in museums and galleries across the world, including the government art collection. In 1984 Bernard moved to Oundle in Northamptonshire, ostensibly to “retire”, to a 16th-century house that “was chosen to house his large furniture”. He continued to paint, working on portraits of friends and a series of large canvases of the town. He was well known in Oundle, taking a daily walk to his favourite shop. (From the obituary of Bernard Kay by Crispin Heesom)

VIEWINGS - The house is in need of repair and refurbishment. We would ask that you attend viewings, by appointment only and wearing sensible shoes. Please DO NOT bring young children. 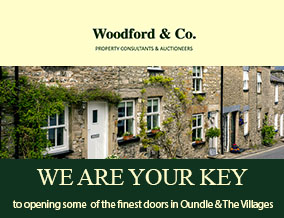 Selling and advising on Property and Land in Northamptonshire, Cambridgeshire and Rutland. We are Property Consultants and Auctioneers, engaged in all estate agency activities, and can advise or assist you with the sale or purchase of all types of property and land. We also handle lettings of residential and commercial property. Operating from Oundle and having representation in London through the Mayfair Office, our experienced and mature team have advised on and sold many types of property.

Disclaimer - Property reference WAC210002. The information displayed about this property comprises a property advertisement. Rightmove.co.uk makes no warranty as to the accuracy or completeness of the advertisement or any linked or associated information, and Rightmove has no control over the content. This property advertisement does not constitute property particulars. The information is provided and maintained by Woodford & Co, Oundle. Please contact the selling agent or developer directly to obtain any information which may be available under the terms of The Energy Performance of Buildings (Certificates and Inspections) (England and Wales) Regulations 2007 or the Home Report if in relation to a residential property in Scotland.