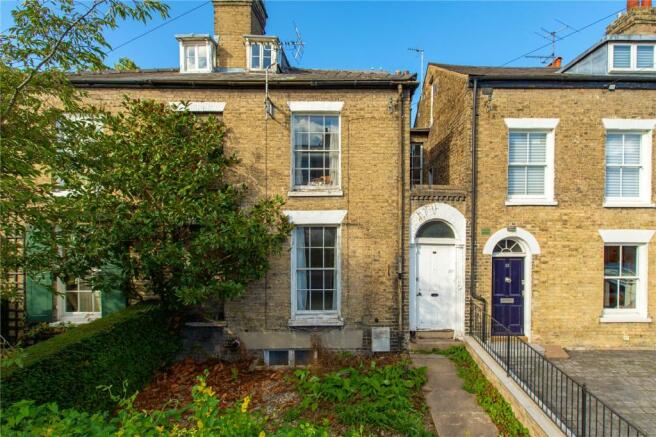 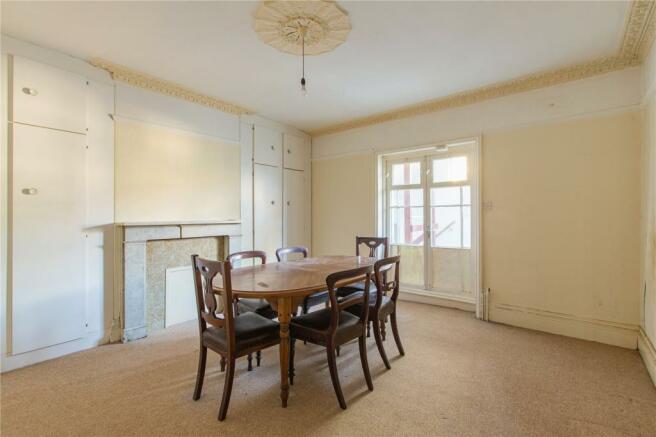 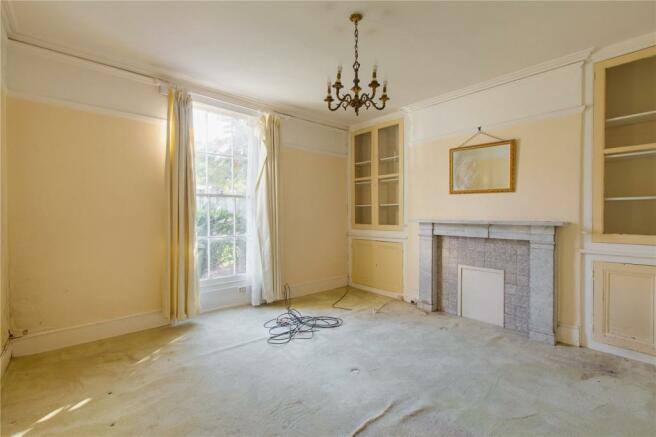 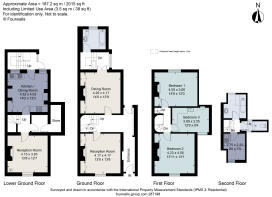 29 Maids Causeway is a Grade II listed mid terrace property constructed during the early 19th century of brick elevations with mainly sash windows beneath a slate tiled roof. The property extends to approximately 2,015 sq ft and has accommodation laid out over four floors and approached via a wide entrance hallway. The property offers a fantastic opportunity to renovate and extend (subject to consent) a central townhouse close to Midsummer Common.

The house is set back from Maids Causeway behind a mature hedge and shingle front garden. Neighbouring properties have used this area for off street parking. The ground floor is entered through a panelled front door with a fan light over into a wide hallway. To the front is the drawing room which has a fireplace with marble surround, built-in glazed bookshelves on either side and a large floor to ceiling window overlooking the front garden. This room has been used in the past as a fourth bedroom. To the rear is a further reception room currently arranged as a dining room which has a similar fireplace surround and cupboards. Down the stairs there is a sitting room to the front and kitchen breakfast room at the rear with a half landing bathroom and utility area.

There are three bedrooms, a bathroom and separate WC on the upper two floors. The top floor rooms have wide dormers which could be reconfigured to create a further bedroom and a bathroom.

To the rear the walled garden is fully enclosed.

The property, which is available with vacant possession and no onward chain, can be seen in greater detail on the attached floor plan.

• Maids Causeway runs alongside Midsummer Common, the largest green open space in Cambridge which is bordered at its northern extent by the river Cam.

• Comprehensive shopping is available in Cambridge which includes a busy daily market, the Grafton Centre and Grand Arcade shopping malls along with a number of independent shops. Shopping is also available along nearby Chesterton Road which includes a baker, supermarket, along with popular cafés along Fitzroy Street. There are well regarded pubs and restaurants in the vicinity which include the Burleigh Arms, Fort St George, Restaurant 22, Michelin starred Midsummer House and a popular live music/comedy venue at The Portland Arms.

• There is a variety of recreational, sports and cultural amenities also available in the City including punting on the Cam, tennis, swimming and bowling at Jesus Green, numerous theatres, art galleries and museums along with the Cambridge Colleges and their gardens.

• Schools for all age groups are available in Cambridge in both the state and independent sectors which include Parkside and Chesterton Community Colleges.

Disclaimer - Property reference CAS210230. The information displayed about this property comprises a property advertisement. Rightmove.co.uk makes no warranty as to the accuracy or completeness of the advertisement or any linked or associated information, and Rightmove has no control over the content. This property advertisement does not constitute property particulars. The information is provided and maintained by Savills, Cambridge. Please contact the selling agent or developer directly to obtain any information which may be available under the terms of The Energy Performance of Buildings (Certificates and Inspections) (England and Wales) Regulations 2007 or the Home Report if in relation to a residential property in Scotland.