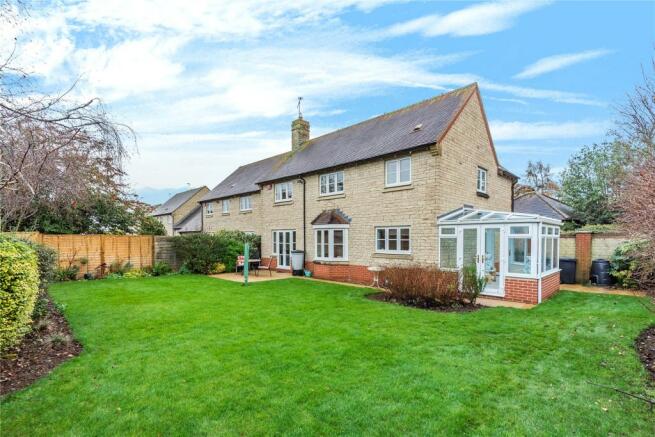 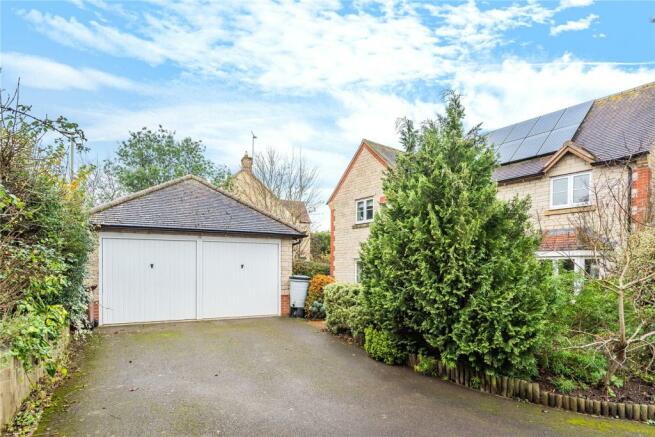 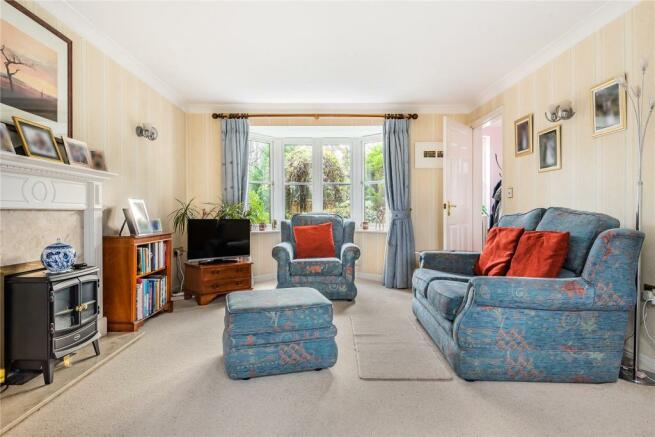 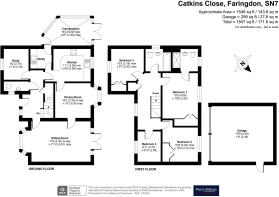 Built at the turn of the century, this beautifully kept, mature detached family home is well situated within the town, in a sought-after area, and provides scope for further reconfiguration as required.

The ground floor comprises a living room with feature fireplace, bay window to the front and French doors out to the rear garden. From here, you are taken through to a dining room which also has a bay window and beautiful outlook over the garden, then on to a fully fitted kitchen. There are ample floor and wall mounted units alongside integrated appliances such as a double oven, fridge/freezer, dishwasher and waste disposal unit in the sink. A generous utility room leads through to a modern, sunny conservatory with further access to the garden. Also on the ground floor is a good-sized study to the front of the house and a downstairs cloakroom.

On the first floor, the master bedroom is generously proportioned and includes double fitted wardrobes and a shower room en suite. Bedrooms two and three also benefit from built-in storage and the fourth bedroom is of a good size. A family bathroom completes the accommodation.

Outside, to the front of this home, is a paved garden with mature shrubs and trees. A double garage provides useful storage and there is off road parking for four vehicles. To the side and rear, is a west facing landscaped garden, laid predominantly to lawn and including well stocked flower and shrub borders, patio and decked area.

This property is double glazed, with a gas-fired central heating system and all mains services connected. There is the added benefit of solar panels on the roof, not only generating electricity for the property, but also providing an income to the owner.

The historic market town of Faringdon, dating back at least to the 12th century, has a thriving community and amenities such as the Leisure Centre, Library, Faringdon Community College, Junior and Infant schools as well as The Old Station Nursery, doctors' and dentists' surgeries and a Family Centre. Buses travel from the town to private schools at Abingdon. The town now boasts three large supermarkets.

Faringdon is also ideally positioned for the A420, leading to the A34, M40 and M4 and mainline railway services from Swindon, Oxford, Oxford Parkway and Didcot Parkway. There is a frequent bus service through the town from Swindon to Oxford and back, linking to rail services and airports.

The Tower on Folly Hill was built by Lord Berners in 1935 and affords panoramic views across four counties. For over 20 years, the town has been twinned with Le Mêle-sur-Sarthe in France and in 2004, Faringdon became the first Fairtrade town in the South East of England. 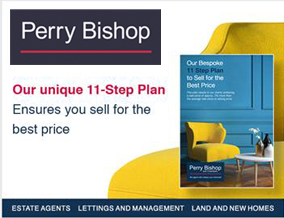 Helping people on the move

We are a leading firm of independent estate agents helping people on the move in Oxfordshire, Gloucestershire and Wiltshire - selling modern and period homes throughout the region's most sought-after towns and villages. With offices in Faringdon, Cirencester, Cheltenham, Stroud, Nailsworth and Tetbury, our clients enjoy extensive marketing across our branch network coupled with award winning customer service.

We also have a London office, ensuring yo

Disclaimer - Property reference FAR203486. The information displayed about this property comprises a property advertisement. Rightmove.co.uk makes no warranty as to the accuracy or completeness of the advertisement or any linked or associated information, and Rightmove has no control over the content. This property advertisement does not constitute property particulars. The information is provided and maintained by Perry Bishop, Faringdon. Please contact the selling agent or developer directly to obtain any information which may be available under the terms of The Energy Performance of Buildings (Certificates and Inspections) (England and Wales) Regulations 2007 or the Home Report if in relation to a residential property in Scotland.