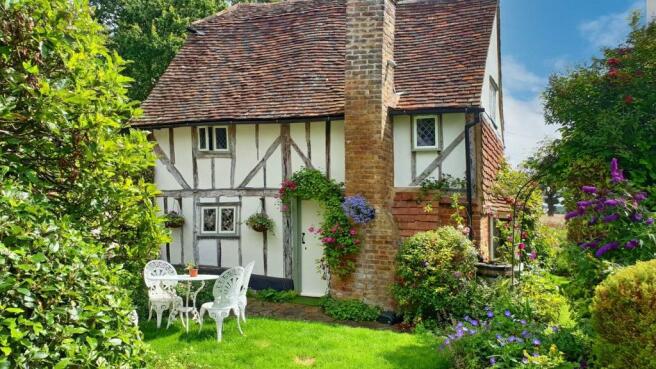 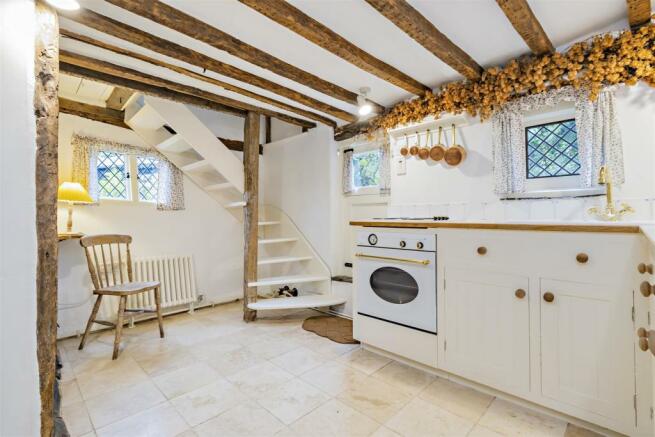 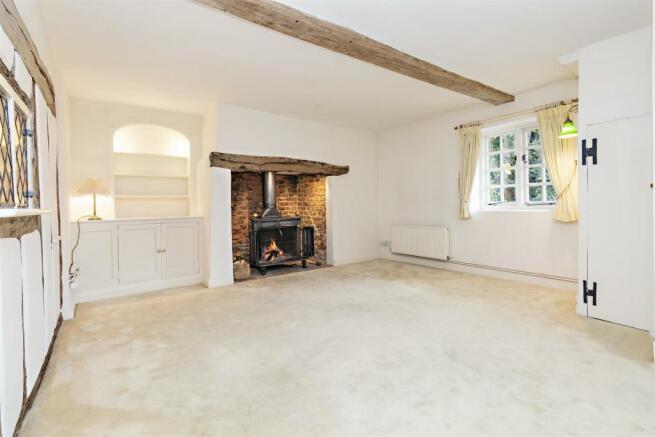 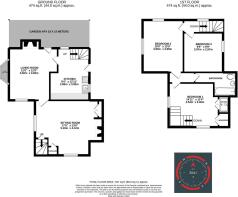 Detached, grade ll listed cottage in the conservation area of Roundbush with views over countryside towards Letchmore Heath. Last sold nearly half a century ago, this pretty home has oodles of charm and character, as well as offering the possibility of extending at the side, to provide a kitchen, cloakroom and bedroom above, subject to planning permission.

The property originally dates back to the 16th century and was added to in the 18th and, for a while, was two separate cottages with their own staircases and these have been retained. The accommodation now comprises two reception rooms, a kitchen and on the first floor, there are three bedrooms the main having an en-suite shower cubicle with basin and a further family bathroom.

Outside, there's a pretty cottage garden that wraps round the house and has its own well (no longer functional) and shed enclosing the oil central heating boiler fed by a double-skinned 1000 litre tank further down the garden. A shingle driveway leads out to Primrose Lane and additional parking is usually available in The Spinney down one side of the property.

Corner Cottage is the oldest property in Roundbush which has its own pub just round the corner and a short walk across the fields opposite takes you to Battlers Green Farm, described as a "rural shopping centre". It also benefits from its close proximity to the M1, Radlett with its main line service to London and the many schools nearby. 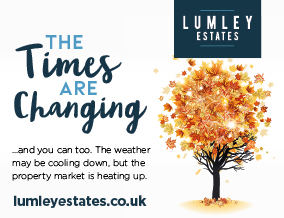 Find out more about Lumley Estates

We treat every client as an individual and like to think that nothing is too much trouble. We appreciate that no two moves are ever quite the same and we'll always do what we can to ensure your needs are met.

From our renowned discreet marketing service through to national and international exposure via our association with Fine & Country and the Guild of Professional Estate Agents, our ultimate aim is to make sure you're happy.

Disclaimer - Property reference 31019904. The information displayed about this property comprises a property advertisement. Rightmove.co.uk makes no warranty as to the accuracy or completeness of the advertisement or any linked or associated information, and Rightmove has no control over the content. This property advertisement does not constitute property particulars. The information is provided and maintained by Lumley Estates, Radlett. Please contact the selling agent or developer directly to obtain any information which may be available under the terms of The Energy Performance of Buildings (Certificates and Inspections) (England and Wales) Regulations 2007 or the Home Report if in relation to a residential property in Scotland.