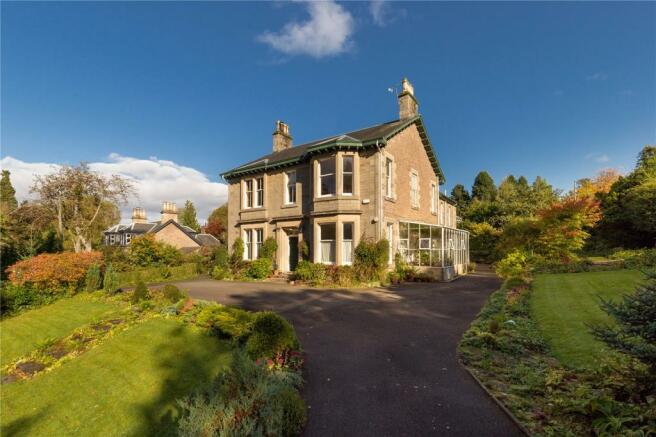 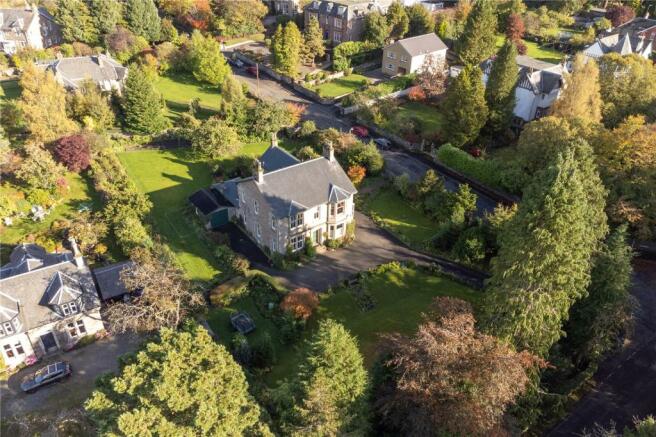 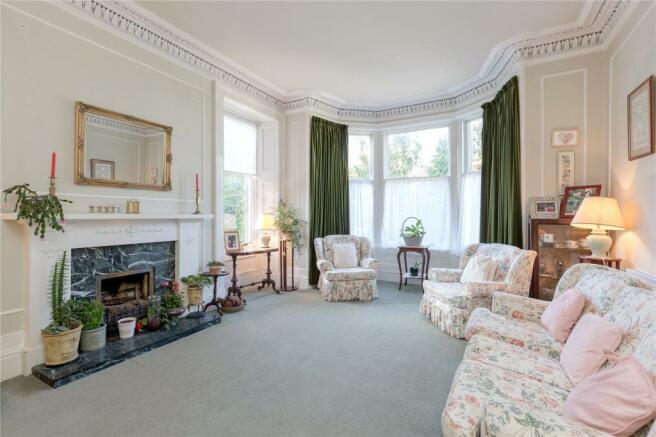 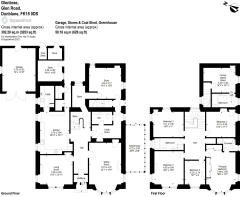 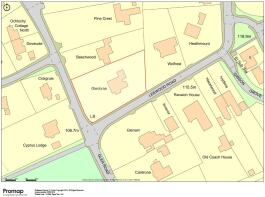 Glenbrae is an exceptional late Victorian family home, situated in one of the most desirable addresses in Dunblane. The quiet and leafy residential setting of Glen Road is popular thanks to its beautiful traditional homes, large gardens, mature trees and good access links. The railway station is less than a mile away, as are a range of local shops including the M&S Simply Food store, Newton Primary School and both the Dunblane Sports Club and golf course.

Glenbrae is a beautiful, detached house set in stunning and extensive gardens surrounding the house. The principal reception rooms are front facing on the ground floor, with outlooks over the garden. The sitting room has a large bay window, gas fireplace with marble hearth and surround, and traditional decorative cornicing. The living room is across the entrance hall and also has cornicing and an open fireplace with decorative Delft style tiled surround. The kitchen is fitted with units and standard kitchen appliances with windows overlooking the side garden. A utility room sits behind, and a rear corridor with larder off, leads to the back door into the garden. A corridor from the entrance hall leads to the study, which could also be a playroom or ground floor bedroom. There is a large store room off the entrance hall, and a WC.

The first floor landing has a decorative ceiling arch, and is approached by a curving stone staircase leading up from the entrance hall. The principal bedroom overlooks the front garden through a west facing bay window, and a further window to the south, both with working shutters. It has fitted wardrobes and an en suite shower room. There are three further double bedrooms off the landing, and a single bedroom. The family bathroom has a bath and separate shower cubicle. There is a linen cupboard off the landing with access to the loft space above. To the rear of the house, a separate staircase from the ground floor leads up to the former maid’s room which has an en suite bathroom.

The rear garden is equally spacious, and as per the front, there are beautifully stocked flower beds and borders. There are various soft fruit bushes, and the garden trees include a particularly striking apple tree. To the south of the house is a greenhouse, and there is a pedestrian gate onto Leewood Road. There are three separate stores to the rear of the house, as well as a large shed to the north side.

Viewings
Strictly by appointment with Savills - .

Fixtures & Fittings
Standard fixtures and fittings are included in the sale.

Glenbrae is situated in one of the most sought-after addresses in Upper Dunblane which sits about a mile from the town centre and just under a mile from the railway station. Dunblane is one of the country’s smallest cathedral cities and lies between the rugged mountain peaks of Perthshire to the north and the rich fertile Carse of Stirling to the south. The magnificent cathedral is the focal point of this charming town with a population of around 9,000 residents. The town has a variety of local shops and convenient supermarkets as well as restaurants and pubs. It also offers good recreational facilities which include tennis, squash and bowling clubs and a golf club.

Gleneagles Hotel with its leisure club and world-famous golf courses is only 14 miles away. The Dunblane Centre has a range of facilities available for all ages such as a sports hall, art studio, fitness suite, music room and a conference room. There are three primary schools in the vicinity which feed Dunblane High School. There is also a good selection of nursery schools and private schools nearby including Ardvreck and Morrison’s Academy in Crieff and Dollar Academy.

Dunblane is well placed for road and rail connections to all the major towns and cities of central Scotland. The pivot of the motorway network is only 2 miles to the south with the M9 and M80 giving quick access to Edinburgh and Glasgow respectively. The A9 has dual carriageway all the way to Perth. Both Edinburgh and Glasgow airports are easily accessible.

From Glasgow or Edinburgh take the M9 past Stirling to the roundabout (Junction 11) at the end of the motorway. Take the third exit, signposted for Dunblane. Follow the road to Dunblane and at the first roundabout take the second exit. Continue to the second roundabout at St Mary’s Church and take the third exit up Glen Road. Glenbrae is on the left, just before the left turning onto Leewood Road.

Disclaimer - Property reference EDS210094. The information displayed about this property comprises a property advertisement. Rightmove.co.uk makes no warranty as to the accuracy or completeness of the advertisement or any linked or associated information, and Rightmove has no control over the content. This property advertisement does not constitute property particulars. The information is provided and maintained by Savills, Edinburgh Country. Please contact the selling agent or developer directly to obtain any information which may be available under the terms of The Energy Performance of Buildings (Certificates and Inspections) (England and Wales) Regulations 2007 or the Home Report if in relation to a residential property in Scotland.