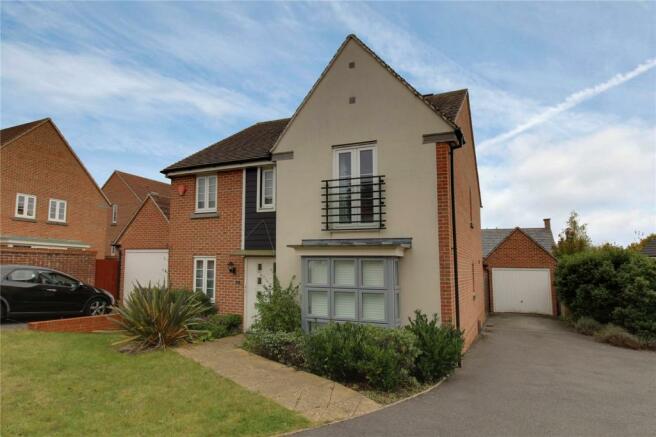 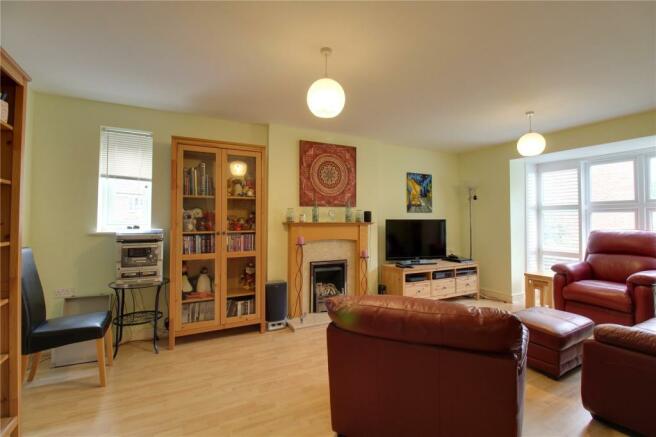 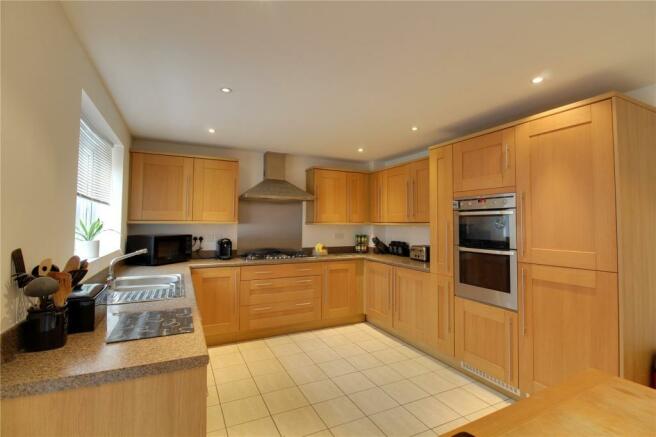 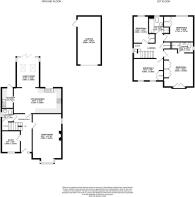 Bridges Estate Agents are proud to market this extended four bedroom detached house built by David Wilson Homes to the 'Holden' design at Marnel Park.
Offering substantial living accommodation, this beautifully presented four bedroom house has been extended to offer three reception rooms, the kitchen becoming the hub of the home - with a beautiful extension featuring vaulted ceiling, two sky-light windows and bi-fold doors which provides a fabulous family and social living space. If you are looking for a family home, then this must be viewed. The ground floor accommodation comprises a spacious entrance hall with large cloakroom which in turn has an under stairs storage cupboard, a study which looks out to the front, a dual aspect living room with bay window with shutters, a 20ft kitchen diner with separate utility room and the fantastic rear extension which opens to the garden.
The first floor benefits from four well proportioned bedrooms all with built-in wardrobes. Bedroom one has a front aspect via French doors to a Juliet balcony. Bedrooms three and four can be found at the rear of the property and bedroom two at the front. There is an en suite shower room for bedroom one which has had a new floor level shower fitted. The four-piece family bathroom serves the remaining bedrooms.

Externally there is a front garden and sweeping driveway which leads to the detached single garage. There is ample parking for two/three cars in tandem as well as one in the garage. To the rear is an enclosed south-east facing garden. To maximise this feature there are solar panels on the roof. The garden is mainly laid to lawn and has a patio area. There is access to both the driveway and garage from the garden.
Marnel Park is located to the north of Basingstoke Town Centre where there is a wide range of shopping and recreational facilities as well as the bus station and mainline railway station which is well served with regular commuter services to London Waterloo in approximately 47 minutes. The M3 motorway runs just south of Basingstoke with access to London and The South. Closer by there is a large supermarket, convenience store and good bus links around the town as well as the local primary and secondary schools.

As a 'family type' business where the owners still work on the shop floor, great pride is taken in the work we do. Since 1991 when we opened our first office in Ash Vale our philosophy has been to provide the best service through hard work and empathy.

Bridges now boast 8 offices in 6 locations across West Surrey and Hampshire and are dedicated to providing convenience to our ever growing number of clients. In a world where time is precious, choosing an estate who is open when you need

Disclaimer - Property reference HUB212115. The information displayed about this property comprises a property advertisement. Rightmove.co.uk makes no warranty as to the accuracy or completeness of the advertisement or any linked or associated information, and Rightmove has no control over the content. This property advertisement does not constitute property particulars. The information is provided and maintained by Bridges Estate Agents, Basingstoke. Please contact the selling agent or developer directly to obtain any information which may be available under the terms of The Energy Performance of Buildings (Certificates and Inspections) (England and Wales) Regulations 2007 or the Home Report if in relation to a residential property in Scotland.