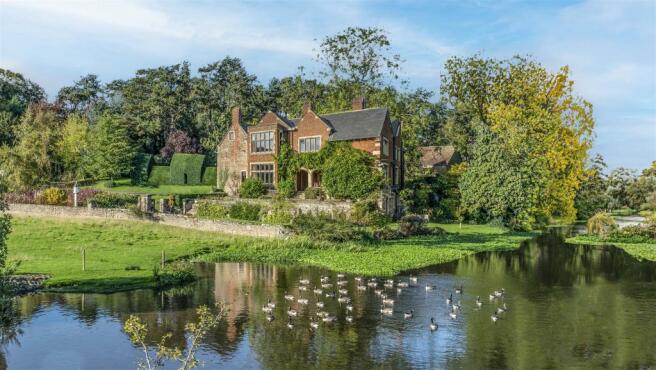 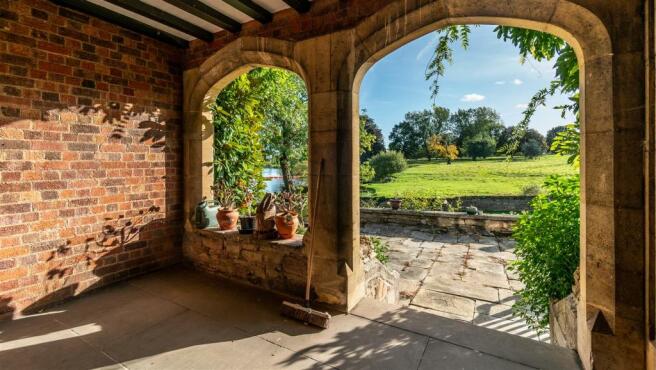 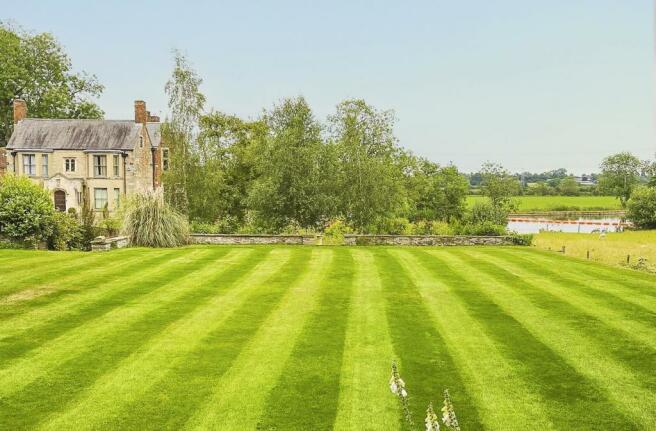 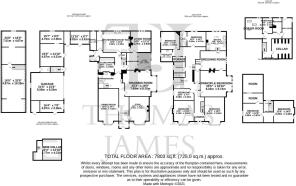 A rare opportunity to acquire this imposing characterful home, which boasts a rich and interesting history extending back to the 16th century, and has original features at every turn!

Having recently undergone some significant improvements, including a new boiler and electrical work, the property provides scope for further improvement and modernisation, and further development subject to the necessary consents and planning permissions being gained.

Set in stunning grounds of approximately 5 acres, The Hermitage provides potential for a variety of uses. The property enjoys an unrivalled position, surrounded by rolling countryside, at the edge of the sought after market town of Kegworth, close to the banks of the River Soar.

The Hermitage - This distinctive property boasts a rich and interesting history extending back to the 16th century, when it was used as a religious retreat for Church dignitaries who were travelling between Newstead Abbey in Nottinghamshire, and Leicestershire.

During the 16th Century, the property was owned by the Parr family, and used as a hunting box. And whilst Catherine Parr (sixth wife of Henry VIII) is thought never to have lived here, she would almost certainly have visited.

The Features - The Hermitage dates back several hundred years, but has also been subject to extension during the 20th century.

The property has some charming features including bay windows which were added during Queen Victoria's reign, ancient stonework showing stone masons marks (visible once rendering had been removed), plus mullioned windows, oak floors, panelling, beams, original cupboards and bottle racks.

Externally, the Yew hedges are extremely old, and are typical of gardens in Tudor times.

The Grounds - Extending to approximately 5 acres, the magnificent grounds of The Hermitage are approached through double wooden gates and via an impressive tree lined driveway.

The grounds include Yew hedges, areas of woodland, an orchard, well maintained lawns, vast amounts of well stocked flower and shrub beds and borders, a private walled garden, a kitchen garden, a rose garden, croquet and tennis lawns, and a terrace which overlooks the River Soar.

There is also a water garden which is filled by a natural warm spring. We are told a former owner of the house swam here each morning.

The grounds are also home to a pump house, and potting shed. Several further outhouses are currently used for garaging, but could be converted back to stabling. There is parking for numerous vehicles.

We are advised that fishing rights are sold with the property.

Servants & Butlers - Photographs, plus architects drawings and plans exist, showing the attic rooms, which were were the old servants' quarters. From these it is evident that there is a roof within the roof at the property - still with the old roof tiles in tact.

The Butlers Alert box and some of the system can still be found at The Hermitage. Originally, bell pushes would be have installed in the "Family" rooms of the house. Pressing the bell would have caused a red and white "card" to swing in the box, and a sound to be made. The Butler and servants could then identify in which room their attention was required!

Although no longer working, the evidence of the system remains a quaint and visible part of the history of life at The Hermitage.

More Recently - In more recent years, The Hermitage has been reroofed and rewired.

A security alarm has been installed, plus a CCTV system with security cameras.

A new central heating boiler was also fitted by the current owners.

Unique - Steeped in history, surrounded by sweeping lawns and woodland, and with the waters of the River Soar running close by, The Hermitage is a unique family home.

Subject to the relevant planning there is also the potential for further development and improvement.

This attractive property is demanding of viewing.

Directions - The Hermitage enjoys a sought after position, in a central location in Kegworth. Easily located off London Road, close to the junction with Whatton Road, Kegworth.

Kegworth - Surrounded by attractive countryside, Kegworth has a range of small shops, delicatessen, public houses and restaurants, and is within easy reach of the cities of Nottingham, Leicester and Derby.

Popular venues including Donington Park Raceway, The Belfry and historic Calke Abbey are all just a short distance away.

Junction 24 of the M1 motorway is easily accessible, along with East Midlands Airport, Loughborough and East Midlands Parkway Rail Stations, which enables a commute from Nottingham to London St Pancras in under 1.5 hours.

Referral Arrangement Note - Thomas James Estate Agents always refer sellers (and will offer to refer buyers) to Knights PLC, Premier Property Lawyers, Ives & Co, Curtis & Parkinson, Bryan & Armstrong, and Marchants for conveyancing services (as above). It is your decision as to whether or not you choose to deal with these conveyancers.

Should you decide to use the conveyancers named above, you should know that Thomas James Estate Agents would receive a referral fee of between £120 and £240 including VAT from them, for recommending you to them. 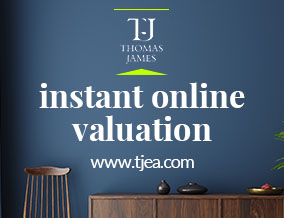 Thomas James are an established independent Estate Agent with busy offices in prime locations, including Cotgrave, Clifton, Calverton, Ruddington and Kegworth. Perfectly situated for successfully marketing property across Nottinghamshire and Leicestershire. Since opening in 2003, Thomas James have continuously developed and grown, learning from experience gained and responding to the market.

We take pride in ensuring that our customers receive a personal, professional and comprehensive

Disclaimer - Property reference 31066046. The information displayed about this property comprises a property advertisement. Rightmove.co.uk makes no warranty as to the accuracy or completeness of the advertisement or any linked or associated information, and Rightmove has no control over the content. This property advertisement does not constitute property particulars. The information is provided and maintained by Thomas James Estate Agents, Kegworth. Please contact the selling agent or developer directly to obtain any information which may be available under the terms of The Energy Performance of Buildings (Certificates and Inspections) (England and Wales) Regulations 2007 or the Home Report if in relation to a residential property in Scotland.