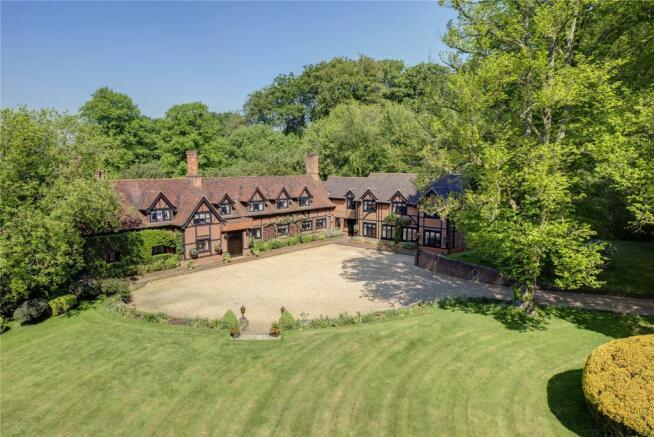 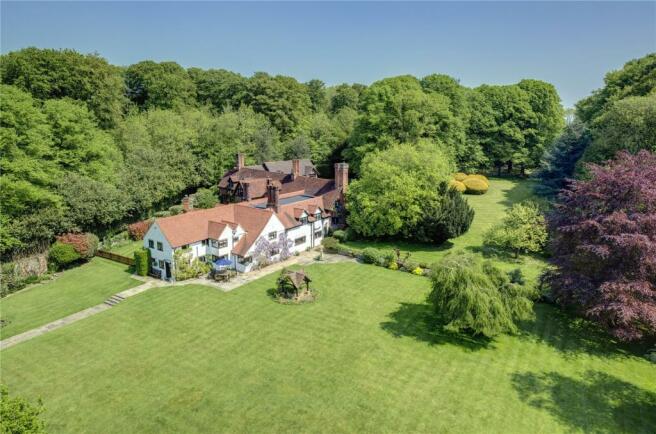 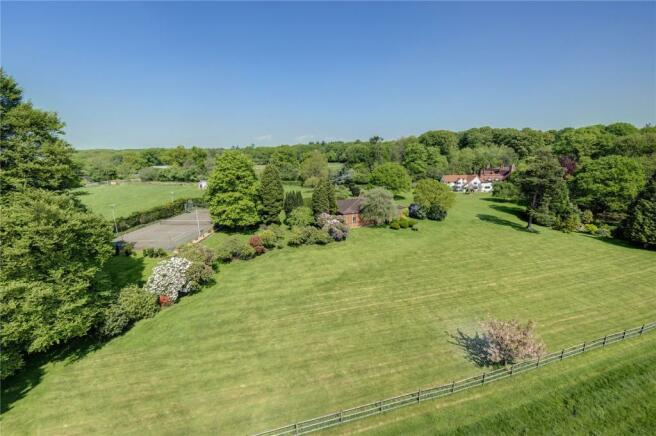 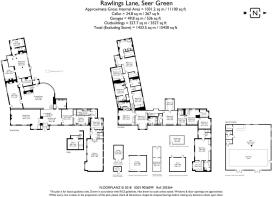 The Farm is a historical gem, set in a discreet location in the midst of nearly 37 acres of lush Buckinghamshire countryside, only 3.6 miles from Beaconsfield. The current owners have undertaken considerable renovations in keeping with the style of the original building, most recently in the northern wing. The house is beautifully designed and many of the principal rooms span the width of the house, making the most of the attractive views of the gardens and beyond.

The reception hall is centrally located and opens onto the magnificent dual aspect, baronial dining room with an open fire and oak-panelled walls. One cannot help imagining the spectacular dinners that have taken place here over the preceding centuries. The hall also leads you down into the drawing room which has an open fire and an impressive leaded bay window overlooking the garden. The library, sitting room and two studies are located beyond the drawing room.

The breakfast room, kitchen with an oil-fired Aga, utility room and 48 ft cinema room are reached in the right-hand wing, with a staircase down to the climatically-controlled wine cellar.

There are a total of ten bedrooms on the first floor, many of which have en suite bathrooms. The master bedroom is located in the west wing. It has excellent proportions and lovely views of the gardens from its triple aspects, a dressing room and a spacious bathroom.

The mature gardens are a joy to behold. There are flagstone terraces bordering all sides of the property, creating idyllic spots for al fresco dining.

The large detached leisure complex comprises a heated pool and a sauna and the tennis court is close by.

The gardens are well-stocked with vintage roses plus a wide selection of shrubs and trees. Beyond the walls of the formal garden, is an established orchard, kitchen garden with a 100-year-old restored greenhouse, a second greenhouse and further outbuildings.

Children can enjoy a tree house in the woodland which includes a zip wire, located close to the tennis court.

The woods, paddocks and open pastureland encourage plenty of wildlife, including fallow deer.

Seer Green was first officially mentioned in the Domesday Book of 1086 as “the Manor of Seer” when it was part of a large forest. There is a rumour that the village was once visited by a seer,
possibly Merlin, from the court of King Arthur. In Saxon times, the land on which Rawlings Farm now stands was owned by a Saxon Countess. Shortly after the Norman Conquests, King William granted the land to Bertram de Verdun who had come to England with the Conqueror and fought alongside him at the Battle of Hastings.

More recently, Rawlings Farm was sold by auction in 1917 when it was described as “a picturesque partly timbered old gabled residence in which the interior timbering forms a special feature”. During the Second World War, the house is said to have accommodated personnel of the Royal Air Force.

The current owners have enjoyed living at the property for almost forty years.

Disclaimer - Property reference BEC060066. The information displayed about this property comprises a property advertisement. Rightmove.co.uk makes no warranty as to the accuracy or completeness of the advertisement or any linked or associated information, and Rightmove has no control over the content. This property advertisement does not constitute property particulars. The information is provided and maintained by Hamptons Sales, Beaconsfield. Please contact the selling agent or developer directly to obtain any information which may be available under the terms of The Energy Performance of Buildings (Certificates and Inspections) (England and Wales) Regulations 2007 or the Home Report if in relation to a residential property in Scotland.

Auction Fees: The purchase of this property may include associated fees not listed here, as it is to be sold via auction. To find out more about the fees associated with this property please call Hamptons Sales, Beaconsfield on 01494 350058.