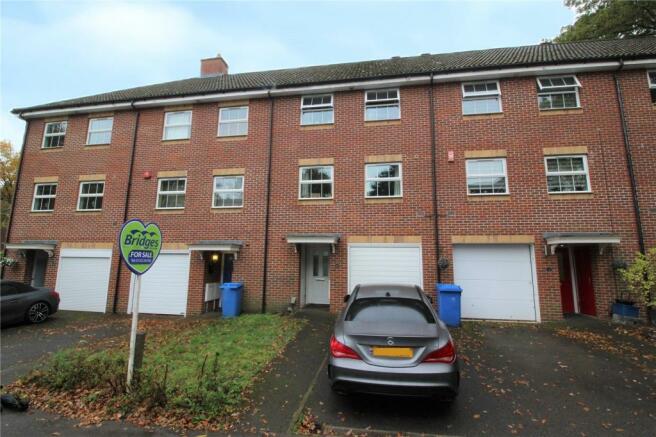 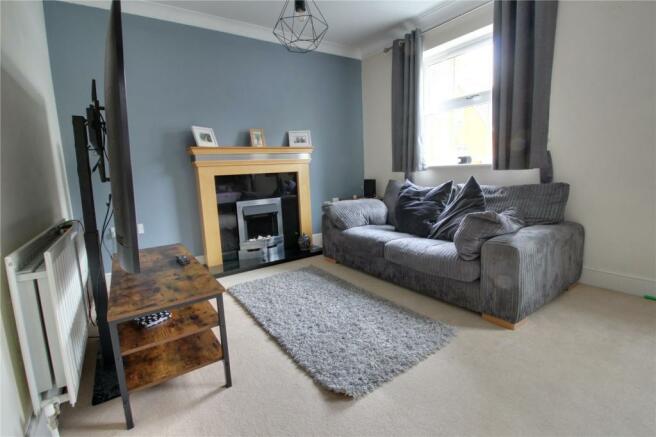 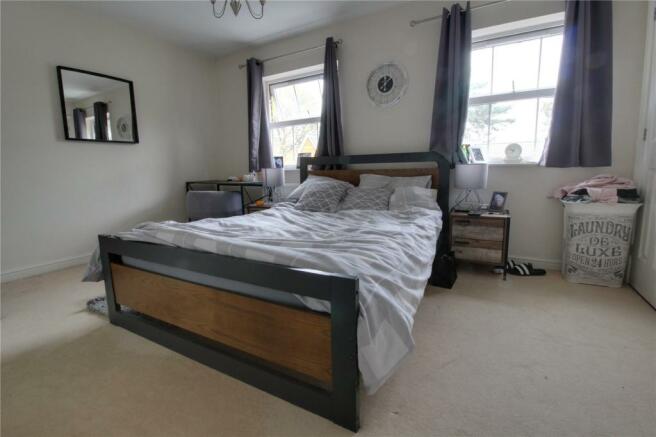 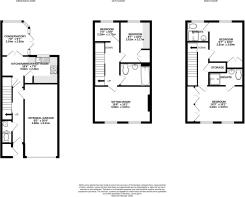 A well presented mid terrace town house located in a quite location close to local schools and other amenities. With accommodation comprising of an entrance hall, downstairs cloakroom, kitchen/breakfast room with appliances, conservatory, lounge, four bedrooms with an en suite to both top floor bedrooms which is also in addition to the main family bathroom. The property is an ideal family home with no onward chain.

The property benefits from a rear garden which has recently been renovated with artificial turf. There is also a driveway to the front with a small grassed area.

Farnborough is situated in northeast Hampshire near the boundary with Surrey. TheRiver Blackwaterforms part of the boundary. It is located 34 miles southwest of London directly to the south of junction 4 of the M3 motorway.The A331 runs north to south along the east side of the town. It is served by three railway stations, the busiest of which is Farnborough (Main) railway station on the South Western Main Line from London Waterloo to Basingstokeand beyond.Farnborough North railway station and North Camp railway stationare both on the North Downs Line between Reading and Gatwick.North Camp station is a short distance over the county border, in the Surrey village of Ash Vale. Since 2003 Farnborough Airport has been a business airport operated by TAG Aviation. The Farnborough International Airshow takes place at the airport on even numbered years.

The town is the home of St. Michael's Abbey. The ImperialCryptthere is the resting place ofNapoleon III(1808–1873),Emperor of France, his wife,EugéniedeMontijo, (1826–1920)]and their son,Napoléon, Prince Imperial. The Abbey was the home of theCatholic National Libraryfrom 2007 until it was relocated toDurham University Libraryin 2015.

It’s shopping centre, cinema and some great local schooling as well astheSixth Form College, Farnborough, which draws in around 3,000 students aged 16–19 from the surrounding area andFarnborough College of Technology, a further-education institution specialising in BTEC, A-level and vocational courses for students aged 16+, make Farnborough a great place to set up home.

As a 'family type' business where the owners still work on the shop floor, great pride is taken in the work we do. Since 1991 when we opened our first office in Ash Vale our philosophy has been to provide the best service through hard work and empathy.

Bridges now boast 8 offices in 6 locations across West Surrey and Hampshire and are dedicated to providing convenience to our ever growing number of clients. In a world where time is precious, choosing an estate who is open when you need

Disclaimer - Property reference FAR180030. The information displayed about this property comprises a property advertisement. Rightmove.co.uk makes no warranty as to the accuracy or completeness of the advertisement or any linked or associated information, and Rightmove has no control over the content. This property advertisement does not constitute property particulars. The information is provided and maintained by Bridges Estate Agents, Farnborough. Please contact the selling agent or developer directly to obtain any information which may be available under the terms of The Energy Performance of Buildings (Certificates and Inspections) (England and Wales) Regulations 2007 or the Home Report if in relation to a residential property in Scotland.