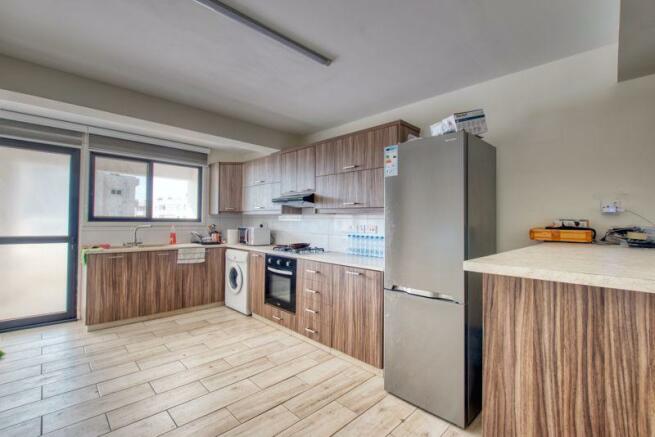 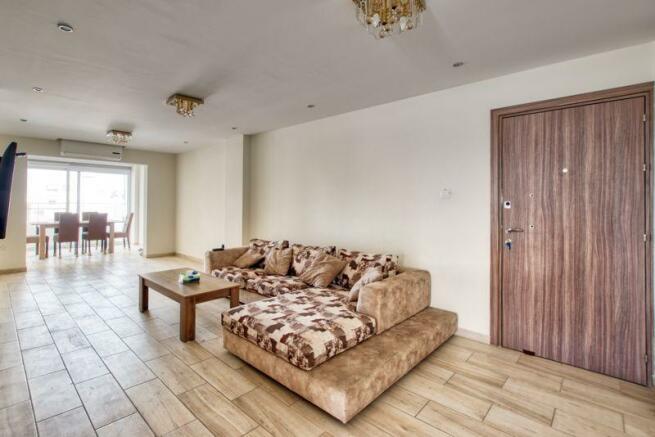 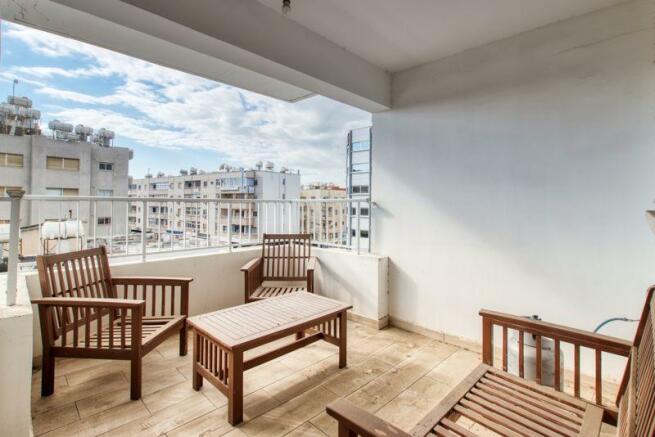 Three Bedroom Apartment For Sale in Chrysopolitissa with Title Deeds

This third floor apartment was fully renovated in 2021 situated near the port and local shops and amenities so a great rental investment. Open plan kitchen,dining and lounge area leading onto the front second balcony. Three good size bedrooms and family bathroom. Parking available on two levels covered and uncovered.

- 1 minute to local shops and amenities

- 1 minute to sea and beach

The origin of the name "Chrysopolitissa" is due to the old notorious name of ancient citadel of Kition, which was preserved alive mainly in the tradition of the place. According to local tradition in the past, Chrysopolitissa with its inhabitants served as a monastery. The quarter was also known as Chryssopolis ‘golden town’ during Medieval times.
The temple of Chrysopolitissa is one of the most beautiful in Cyprus, wood-carved, fine art and gold-plated. It reminds the iconostasis of the 17th / 18th century, it was constructed though in the middle of the 19th century, as we know from an inscription that it was built in 1866.
The church of Panagia Chrysopolitissa is one of the most interesting of the Larnaka churches with the colonnades of its galleries and its tall and impressive bell tower, in particular, as a nice example of Cypriot architecture of the 18th and early 19th century. It is built in a rhythm in which some medieval architectural features survive and are unusually combined with future decorative elements. Today’s temple is one of the few of this kind in Cyprus, with the Holy Trinity and the Good Gate being on the southern aisle. The roof has crossbars and rests on columns that cross the center of the church. Along the southern side there is a porch resting on ancient marble columns.
Located on a hill at the corner of Archiepiskopou Kyprianou and Crysopolitissas streets, the Virgin Mary of Chrysopolitissa is a stone-built church that sits on the site of a prehistoric cemetery of the ancient town (12th-13th centuries BC). The church is dedicated to Virgin Mary of the ‘golden town’, given its name thanks to the rich tombs of the cemetery that were filled with gold jewellery.

Learn everything you need to know to successfully find and buy a property in Cyprus.

Real Estate Agent based in Protaras, Larnaca, Limassol & Paphos offering an Independent Property Service. With our global marketing and experienced property consultants we offer a full service. Please do not hesitate to contact us for any advice or assistance. All the consultants have personal experience of buying and living in Cyprus and we have a qualified project management team to oversee your dream. Let us co-ordinate your purchase and show you why we should be your choice - We provide i

This is a property advertisement provided and maintained by Emerald Property Consultants - Cyprus, Famagusta (reference 107185_11238426) and does not constitute property particulars. Whilst we require advertisers to act with best practice and provide accurate information, we can only publish advertisements in good faith and have not verified any claims or statements or inspected any of the properties, locations or opportunities promoted. Rightmove does not own or control and is not responsible for the properties, opportunities, website content, products or services provided or promoted by third parties and makes no warranties or representations as to the accuracy, completeness, legality, performance or suitability of any of the foregoing. We therefore accept no liability arising from any reliance made by any reader or person to whom this information is made available to. You must perform your own research and seek independent professional advice before making any decision to purchase or invest in overseas property.

You have no recent searches.
Email agent
Call agent: 03339 875213Not in the UK? Call 0035723080080
Email agent
This site: Site map Help Cookies Safety and security Terms of Use Privacy Policy
Major cities and towns in the UK: