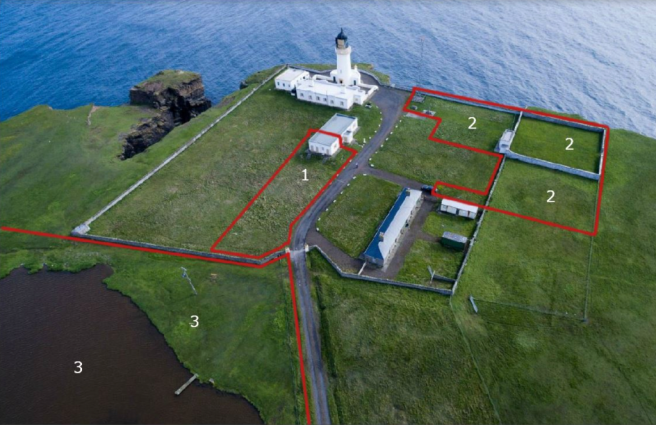 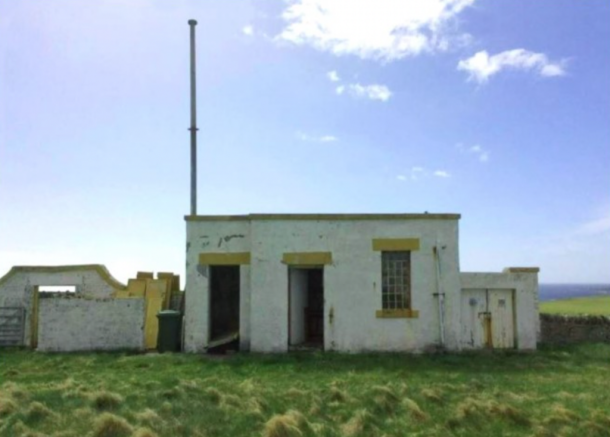 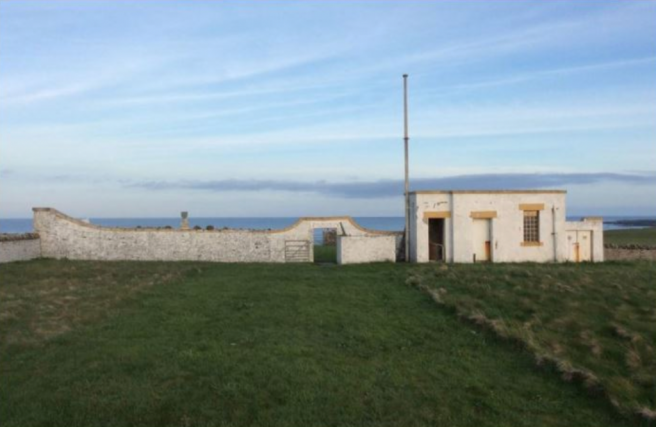 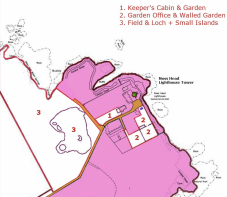 The Noss Head Lighthouse Walled Garden is around 3 miles from Wick in the Scottish Highlands. It is located at the end of Noss Head, a peninsula on the north-west coast of Caithness that overlooks Sinclair's Bay. It was built for the light house keepers to be able to grow their own fresh produce and is still a great spot for growing today, with the summer days stretching late in to the evening. The building faces south and gets full advantage of the summer sunshine.

The Lighthouse was built by Mr Arnot of Inverness, with the construction being overseen by the notable lighthouse engineer Alan Stevenson (uncle of Scottish author Robert Louis Stevenson)

Land extending to around 2750 square meters (2/3 of an acre) are included in the sale. The outline of the property is visible in the photos. It is the area labeled number "2".

The neighbouring Engine House has had permission granted for it to be converted to a two bed house. The building at the walled garden could easily be expanded to provide a space of a similar size or bigger. The precedent has been set for planning.

Another neighbouring property is on Airbnb and this could easily be a viable option for the Walled Garden upon completion.

There are 2 additional lots available. The Keepers Cabin and a small loch with extra land - 7 acres roughly. The keepers cabin could be a good option for use as a base whilst building at the walled garden.

Please get in touch with any questions.

Disclaimer - Property reference UPS27WalledGarden. The information displayed about this property comprises a property advertisement. Rightmove.co.uk makes no warranty as to the accuracy or completeness of the advertisement or any linked or associated information, and Rightmove has no control over the content. This property advertisement does not constitute property particulars. The information is provided and maintained by Sylvyn, Crail, Fife. Please contact the selling agent or developer directly to obtain any information which may be available under the terms of The Energy Performance of Buildings (Certificates and Inspections) (England and Wales) Regulations 2007 or the Home Report if in relation to a residential property in Scotland.