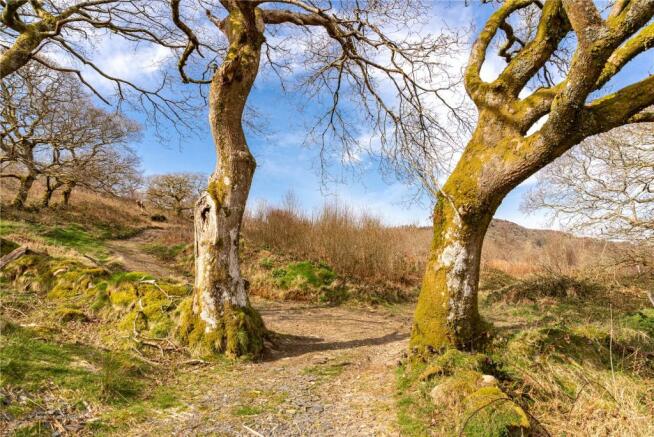 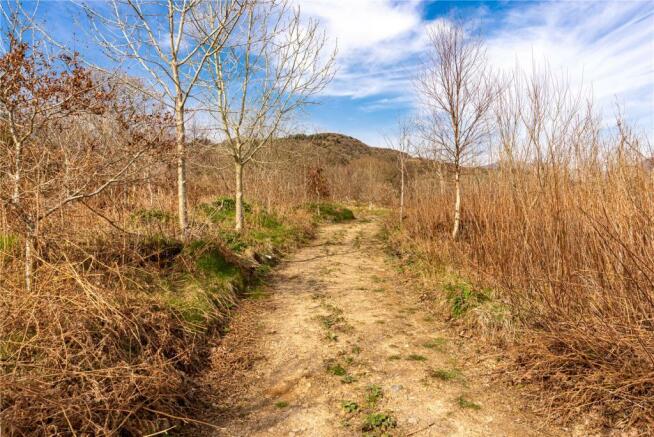 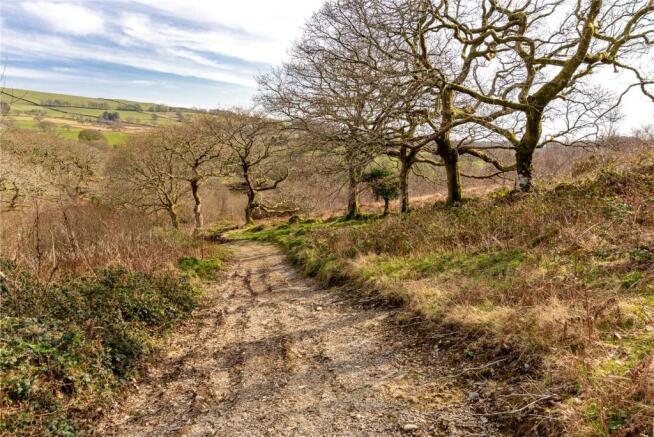 *WOODLAND FOR SALE*
Approximately 128 ha (316 acres) of recently established broadleaf woodland located on the edge of the Snowdonia National Park on the western flanks of the valley of Cwm Pennant.

Located in what has been described as one of the most beautiful of all the mountain valleys in Wales, the place in which Welsh poet Eifion Wyn grew up. His poem 'Cwm Pennant' succinctly put it this way: ‘O Lord, why did you make Cwm Pennant so beautiful and the life of a shepherd so short?’
Approximately 128 Hectares (316.29 Acres) or thereabouts of recently established broadleaved woodland has been painstakingly nurtured across extensive and varied landscape located on the gentle slopes of Craig-y-Garn located on the western side of the valley, land ranging from between 90 and 240 metres in elevation above sea level. The majority of planting took place between 2000 and 2007 incorporating primary varieties of native sessile oak, ash and birch. There are also sections of more established mature woodland primarily along the boundaries. Two vehicular access points have also been created, suitable only for 4x4 vehicles, one of which provides a route to a spacious parking area adjacent to some old quarry workings.
Prior to the replanting, the land consisted of rough pasture with old field boundaries, sheepfolds and evidence of medieval agriculture. As mentioned, there is also extensive evidence of quarrying thought to date from the late 19th century.
Whilst the site provides the capacity as an environmental and timber asset, there is also superb potential for development as a recreational resource. The aforementioned access routes are also complemented by numerous public footpaths affording far-reaching views from the higher sections overlooking Cardigan Bay and the surrounding Snowdonia moutainscape.

Cwm Pennant is a truly wonderful unspoilt and secluded valley located in the north-eastern section of the Snowdonia National Park, once home to extensive slate quarries that were served by narrow gauge railway, having long since returned to peace and quiet. This spectacular cwm (valley) is a real hidden gem, surrounded by hills and mountains with the jagged Nantlle Ridge prominent at the head of the valley with Moel Hebog to the east, making this fine walking and climbing territory. From the main entrance, the main A487 lies roughly 1¼ miles distant with the nearest towns being: Porthmadog 5 miles; Pwllheli 13 miles; Caernarfon 16 miles; Chester & M56 motorway 68 miles (Approximate mileage).

Freehold with vacant possession upon completion.

Prices, outgoings and rentals are exclusive of, but may be liable to, VAT.

Each party will be responsible for their own legal costs incurred in this transaction.

We understand from our enquiries of the VOA website that the premises are assessed for Rates as follows:- Rateable Value N/A Dafydd Hardy gives no warranty that the values supplied or the sums of money expressed as being payable are accurate and the assignee should make their own enquires with the Local Rating Authority to confirm the figures quoted are correct.

We are obliged to verify the identity of any proposed purchasers/tenants once a sale/let has been agreed and prior to instructing solicitors. This is to help combat fraud and money laundering. This is a legal requirement.

Dafydd Hardy Estate Agents Limited for themselves and for the vendor of this property whose agents they are give notice that: (1) These particulars do not constitute any part of an offer or a contract. (2) All statements contained in these particulars are made without responsibility on the part of Dafydd Hardy Estate Agents Limited. (3) None of the statements contained in these particulars are to be relied upon as a statement or representation of fact. (4) Any intending purchaser must satisfy himself/herself by inspection or otherwise as to the correctness of each of the statements contained in these particulars. (5) The vendor does not make or give and neither do Dafydd Hardy Estate Agents Limited nor any person in their employment has any authority to make or give any representation or warranty whatever in relation to this property. (6) Where every attempt has been made to ensure the accuracy of the floorplan contained here, measurements of doors, windows, rooms and any (truncated)

Dafydd Hardy Estate Agents and Chartered Surveyors are a privately run, independent business with 5 offices covering Gwynedd, Anglesey and Conwy. With over 28 years' experience, the business has accumulated numerous prestigious awards along the way.

The business was started by Dafydd Hardy and Richard Thomas (both RICS Chartered Surveyors) in 1992 and is now a well-established and successful enterprise in North Wales, renowned and acknowledged for its expertise and vast experience in al

Disclaimer - Property reference COM200026. The information displayed about this property comprises a property advertisement. Rightmove.co.uk makes no warranty as to the accuracy or completeness of the advertisement or any linked or associated information, and Rightmove has no control over the content. This property advertisement does not constitute property particulars. The information is provided and maintained by Dafydd Hardy Commercial, Gwynedd. Please contact the selling agent or developer directly to obtain any information which may be available under the terms of The Energy Performance of Buildings (Certificates and Inspections) (England and Wales) Regulations 2007 or the Home Report if in relation to a residential property in Scotland.