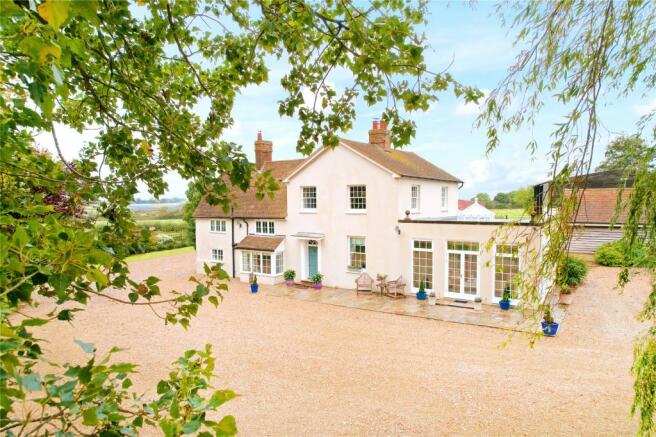 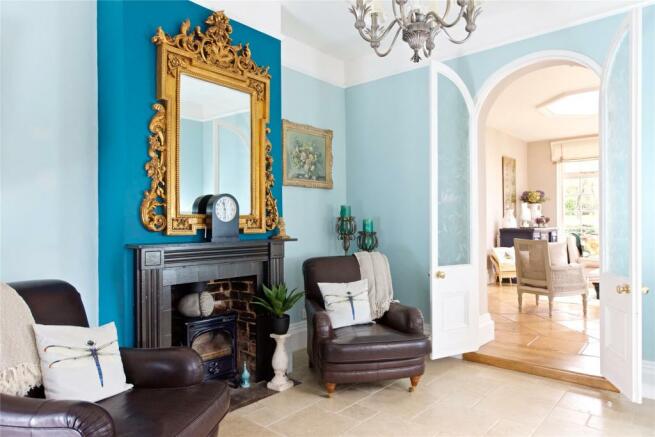 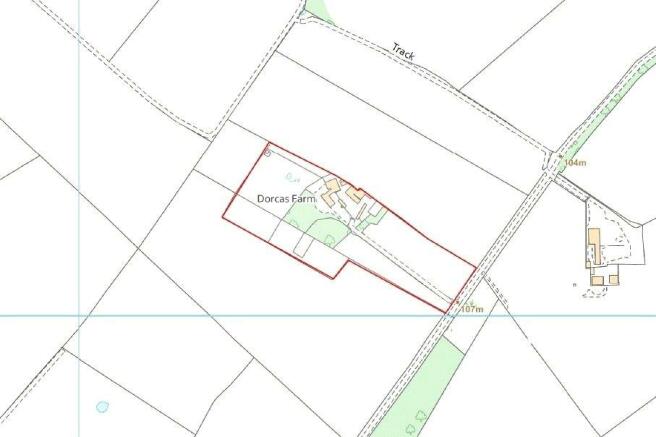 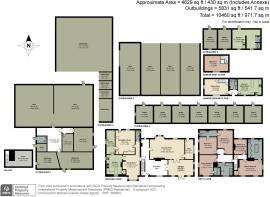 A period five bedroom former farmhouse with a detached one bedroom annexe, outbuildings including stables and workshops, a double carport and over 10 acres of grounds with panoramic countryside views. The outbuildings provide storage of almost 6,000 sq. ft. and includes several barns, nine stables and a tack room. There is also a tennis court (in need of restoration). The property is in a remote location.

About the House cont'd

The property has an extensive range of outbuildings giving scope for a wide range of lifestyles. The vendors currently use the property as a smallholding and it was previously a well known equestrian centre. Alternatively the barns and outbuildings could be adapted as garaging for a car collection or there is scope, subject to planning permission, to convert some of the barns into additional accommodation. The formal gardens surround the house and there is also a vegetable garden, an orchard, paddocks, a tennis court and a manège.

A dwelling on the site has existed as far back as the Domesday book but the current house is in three distinct sections with the oldest part dating back to the 16th century. It is of timber framed construction with brick infill and the rooms in this section, the kitchen and dining room, are characterised by exposed beams, inglenook fireplaces and lower ceiling heights. Above these rooms there is a bathroom and the guest bedroom. The vendors have opened this room up by removing a former loft level and created an impressive room which has a vaulted ceiling with exposed beams and an en suite bathroom fitted into a beamed alcove. Steps down lead to the second section of the house which was added at the rear of the original building in the late 18th century. These rooms were formerly used as a dairy and have higher ceilings because the 9 inch thick walls were set lower into the ground to maintain a constant temperature. On the ground floor this area is currently used for a (truncated)

The final section of the house was added in the Edwardian period and is much grander in scale with high ceilings, high skirting boards, decorative coving and ornate ceiling roses. The reception hall, drawing room and orangery are all interconnected allowing a free flow through the space for modern family life and entertaining. The master bedroom suite is on the first floor in this area of the house.

The impressive reception hall has windows to the front and rear, a limestone floor and stairs to the first floor with individual balustrades and a hardwood banister. There is access to stairs down to the cellar on the lower ground floor which could be used for wine storage. The hall has a fireplace housing a log burning stove, space for seating and built-in shelves in an arched alcove. The inner hall has an old English tiled floor which continues into the cloakroom.

The drawing room measures over 27 ft. long and has solid English Oak floorboards and two windows, including a bay window, overlooking the rear garden. A fireplace houses a log burning stove (available subject to separate negotiation) and there is a high ceiling with coving and a ceiling rose and chandelier (also available subject to separate negotiation. Glazed doors with wing windows lead to the Orangery which has glazing to two walls and a lantern skylight. The room faces south and east for optimum natural light and has double doors to a patio area in the garden with far reaching views over the surrounding countryside. The dining room has Oak parquet flooring, exposed ceiling beams, a box bay window to the front and an inglenook fireplace.

The kitchen has dual aspect windows, built-in cupboards, exposed beams and an inglenook fireplace housing a log burning stove (available subject to separate negotiation). It is fitted in a range of painted wall and base units, including display shelving, with work surfaces which incorporate a breakfast bar and a sink with double drainer. There are spaces for a range cooker and a dishwasher. The adjoining utility room has space for an American style fridge/freezer, a washing machine and a tumble dryer.

The master bedroom has dual aspect sash windows with far reaching views over the surrounding countryside. The en suite has a central bath with shower attachment, a vanity washbasin, a WC and a range of built-in wardrobes. The fifth bedroom is currently used as a dressing room.

Other Bedrooms and Bathrooms

There are three further double bedrooms on the first floor. The dual aspect guest bedroom has a high vaulted ceiling and a washbasin. The en suite has feature exposed timbers and a bath and WC. The two other bedrooms share a Jack and Jill en suite bathroom and there is also a four piece family bathroom which includes a freestanding bath, and a separate walk-in shower cubicle with a rainwater shower and standard shower.

The property was granted planning consent in October 2016 to turn the existing kitchen into an additional reception room, extend at the rear to create a new utility room and boot room and to knock together the existing utility room and family/boot room to create a new larger kitchen which would have bi-fold doors to a sunken patio area in the garden for outside dining and entertaining. The planning consent also included adding a porch at the front and extending on the first floor, over part of the drawing room and the office, to create a larger master suite with en suite bathroom and dressing room, and four other bedrooms with two en suites and a family bathroom.

The self-contained annexe is located behind the main house and is of brick construction with featherboard elevations. It was completely renovated 10 years ago and has an entrance hall, a kitchen/dining room, a bathroom and a sitting room with stairs up to a first floor bedroom. During lockdown the annexe is being used as offices for working from home but it could be used as accommodation for extended family or staff or could be rented out.

The property is accessed via a pillared gated entrance leading to the 300m drive which gives access to the house and outbuildings and provides extensive parking. The formal gardens extend to about 1.5 acres and surround the property. Between the house and farmyard there is a sheltered, partially walled garden which has herb beds, and space for seating and a BBQ for entertaining. The front of the property has an extensive terrace area outside the orangery and a lawned garden with mature trees and established shrub beds interspersed. There is an additional block paved patio for outside dining. The orchard is stocked with apple trees with varieties for eating and cooking. There is also a hard standing tennis court which is in need of some renovation.

The property has just under 5,800 sq. ft. of versatile outbuildings which could be adapted for a wide variety of uses. The vendors currently use the property as a smallholding with sheep, alpacas and chickens, and rent an additional 40 acres of land surrounding the property for additional grazing and haymaking. Some of the barns have scope to be developed into additional dwellings subject to planning permission. One small barn is in need of refurbishment but could be turned into a summer house or a detached home office. Other buildings, which are currently used as stores, could be developed into additional rooms such as a gym or a cinema room. The property has a double carport but other outbuildings could be adapted into garaging if required and there are two separate workshops for carpentry and metalwork.

There are two separate stable blocks, one with seven stables. The second block has two stables in one half and the other half has been fitted with a kitchen and shower room which could be used for riders to change and get refreshments. The barns include a hay barn and there is also a small manège which is in need of some refurbishment. The property has extensive paddocks which all have a water supply and one of which has a natural pond and a small barn. There are several bridleways in the area including one at the end of the drive and one which goes from the village to Woburn.

The property is walking distance from facilities in the village which include a shop/post office and a pub/restaurant which is currently being refurbished. There is also a church, a commnity centre, a sports hall, a play area and a nursery/pre school. The village has an active community with many activities and festivals run throughout the year, often in conjunction with five surrounding villages. Nearby leisure facilities include the Three Locks Golf and Country Club (about 2.8 miles). More extensive shopping facilities are available in Leighton Buzzard (about 5 miles) and Central Milton Keynes, which is about 20 minutes’ drive, has one of the largest covered shopping centres in Europe as well as a theatre, cinemas and other leisure activities including an indoor ski slope. Leighton Buzzard railway station - with services to Euston taking 31 minutes - is about 4 miles away and M1 junction 13 is about 11 miles. The property is situated within the Aylesbury grammar (truncated) 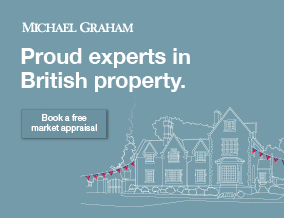 Established for over 50 years, Michael Graham has a long heritage of assisting buyers, sellers, landlords and tenants to successfully navigate the property market. With fourteen offices covering Milton Keynes and the surrounding villages as well as the neighbouring areas of Buckinghamshire, Bedfordshire, Cambridgeshire, Hertfordshire, Northamptonshire, Leicestershire, Warwickshire and Oxfordshire, we have access to some of the region's most desirable town and country homes

Give Your Hom
More properties from this agent

Disclaimer - Property reference MKC210019. The information displayed about this property comprises a property advertisement. Rightmove.co.uk makes no warranty as to the accuracy or completeness of the advertisement or any linked or associated information, and Rightmove has no control over the content. This property advertisement does not constitute property particulars. The information is provided and maintained by Michael Graham, Milton Keynes. Please contact the selling agent or developer directly to obtain any information which may be available under the terms of The Energy Performance of Buildings (Certificates and Inspections) (England and Wales) Regulations 2007 or the Home Report if in relation to a residential property in Scotland.