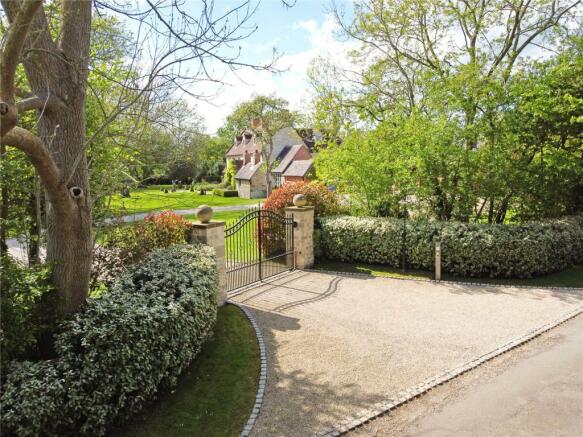 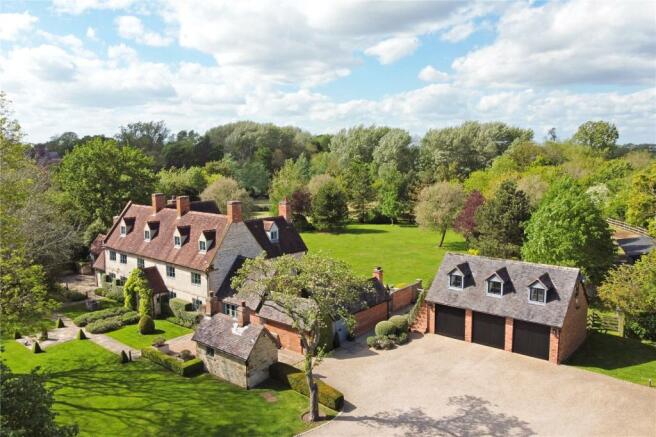 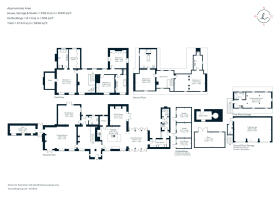 This beautiful country house is Grade II listed, dating from the early 18th century and built of attractive stone under a mellow clay tile roof.

The property has been beautifully restored and renovated to 21st century living with under floor heating, Lutron lighting system, integrated network for data, telephone, television, broadband and gate entry system.

The accommodation in both the main house and the studio apartment has been completed to a very high standard with retained character features including traditional timber double glazed windows and a handsome solid stone bespoke staircase and beamed ceilings.

Off the imposing reception hall is the formal drawing room with large stone fireplace and doors to the study and dining room, all with doors to the garden.

To the east wing of the house is the open plan kitchen, beautifully presented, granite tops, and integrated appliances in bespoke Smallbone kitchen cabinets with a handsome central island unit and Miele built in appliances. Off this, the breakfast room has three pairs of French doors opening to the front and the three pairs to secluded rear terrace. The family room flows off the kitchen with fireplace with built in range.

To the second floor, a further generous landing gives access to two double bedroom suites.
Outside

The property is set in a secluded position with mature trees and hedges giving privacy. Electric gates lead to the sweeping drive and triple garage with a fine studio apartment above.

The main house stands in landscaped gardens with lawns to the front with Yorkshire paving, shrubs and hedges, stone built bake house, well and floodlighting.

To the rear are formal paved and gravel courtyards providing an ideal location for al fresco eating and seclusion; extensive lawn with shrub and flower beds, vegetable garden. The gardens contain a selection of specimen trees, lawns shrubs and borders and Astroturf tennis court. Behind the triple garage is a stable yard with two stables, tack room and barn with separate gated entrance. There are two attractive paddocks with young parkland trees, mature trees to the roadside.

Situated in a quiet location on the edge of the pretty village of Pillerton Hersey which has a parish church dating back to the 13th century and is comprised mostly of stone houses and cottages.

For the commuter, the M40 is easily accessible providing access to Birmingham to the north, London to the south and the motorway network.

Fixtures and Fittings: Only those items mentioned in these particulars are included in the sale. All others are excluded but certain items may be made available by separate negotiation.

Viewings: By appointment only via the agents.

Disclaimer - Property reference SUA140028. The information displayed about this property comprises a property advertisement. Rightmove.co.uk makes no warranty as to the accuracy or completeness of the advertisement or any linked or associated information, and Rightmove has no control over the content. This property advertisement does not constitute property particulars. The information is provided and maintained by Hamptons Sales, Stratford-upon-Avon. Please contact the selling agent or developer directly to obtain any information which may be available under the terms of The Energy Performance of Buildings (Certificates and Inspections) (England and Wales) Regulations 2007 or the Home Report if in relation to a residential property in Scotland.