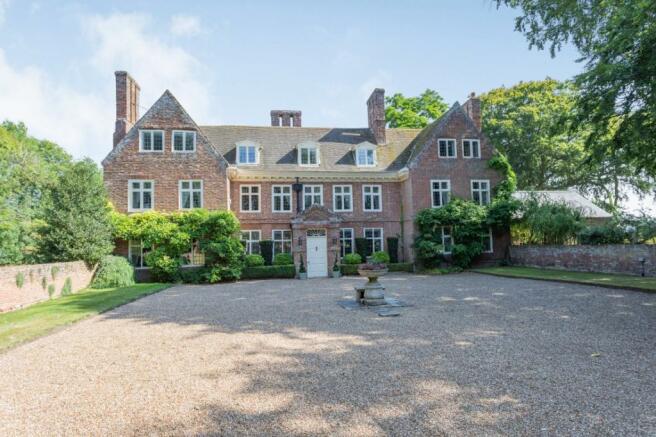 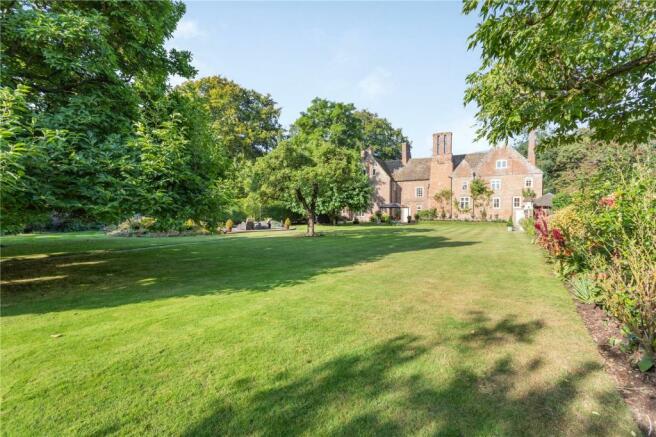 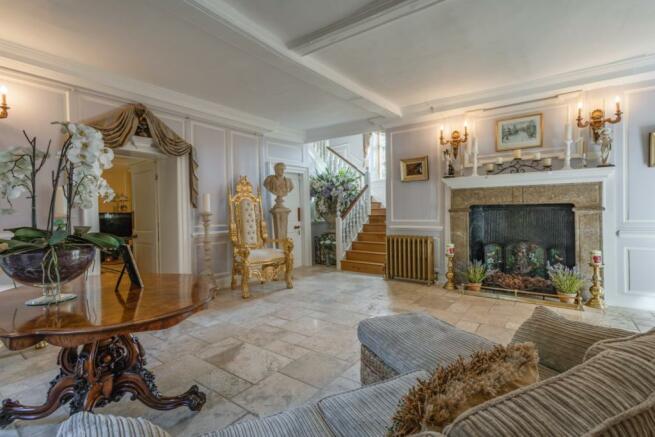 A magnificent listed property, with a separate coach house cottage, within delightful gardens of around 2.4 acres in a village setting, a mile and a half from the market town of Wisbech

Leverington Hall is a magnificent Grade I Listed dwelling, described in its listing as ‘a particularly fine house’ of circa 1630, and thought to have been constructed for Robert Swaine, a JP and High Sheriff. It is positioned within 2.4 acres, or thereabouts, of attractive and mature gardens, with a three bedroom coach house cottage within the grounds.

The handsome red brick hall offers some 5,800 square feet of accommodation over three floors, with five bedrooms, four bathrooms and three reception rooms, aside from a large family dining kitchen wing. It retains period features and the Carolean era’s grace, proportions and feel, coupled with first class finishes and attractive views of the gardens and turning sweep.

Entered into a beautifully appointed reception hall, the dual-aspect, panelled drawing room has a fireplace fitted with a wood burning stove. The library/study is also panelled, whilst the timber beamed dining room has a broad and deep brick inglenook fireplace. The kitchen wing is fitted with a bespoke Shortland suite, with wooden units, marble worktops and integrated appliances, arranged around an Aga.

The four first floor bedrooms are all generous doubles, and served by a family bathroom and two shower rooms, all of which are well-appointed suites. There is a further second floor bathroom and double bedroom, with a games room and a 32ft play room.

The detached coach house forms part of the walled garden’s southern boundary. Refurbished in 2007, the ancillary cottage offers three bedrooms and one bathroom, with adjoining garaging and mutual privacy from the Hall. It is perfect for family members, as has been the case, but also ideal for letting or as a holiday let.

Outside
Leverington Hall has two wrought iron electrically gated entrances within its brick boundary wall, which open to a gravelled turning sweep to the front of the Hall and to a gravel driveway that leads past the Hall to the Coach House, where there are also two garages and a workshop. There is a further stable outbuilding and former apple store.

The gardens are delightful and extend to 2.4 acres, or thereabouts, in total. A largely walled formal garden has a sweeping lawn, and deep planted shrub and flowering borders, framing a large magnolia. The lawns are interspersed by seating terraces and a breeze-house style garden building.

The remaining grounds wrap around the walled garden with a grass tennis court, paddock and mature deciduous trees that frame the property’s boundaries to fields.

The village of Leverington is set in a convenient location just a mile and a half from the centre of the Fenland market town of Wisbech.

With its spectacular church, dating back to the 13th century, the village also has a local shop and post office, a primary school and a village pub and sports centre.

The Georgian market town of Wisbech offers a bustling centre with a number of high street retailers and independent shops, restaurants and cafés, as well as several excellent schools, including the independent Wisbech Grammar School.

Disclaimer - Property reference SSG210184. The information displayed about this property comprises a property advertisement. Rightmove.co.uk makes no warranty as to the accuracy or completeness of the advertisement or any linked or associated information, and Rightmove has no control over the content. This property advertisement does not constitute property particulars. The information is provided and maintained by Savills, Stamford. Please contact the selling agent or developer directly to obtain any information which may be available under the terms of The Energy Performance of Buildings (Certificates and Inspections) (England and Wales) Regulations 2007 or the Home Report if in relation to a residential property in Scotland.