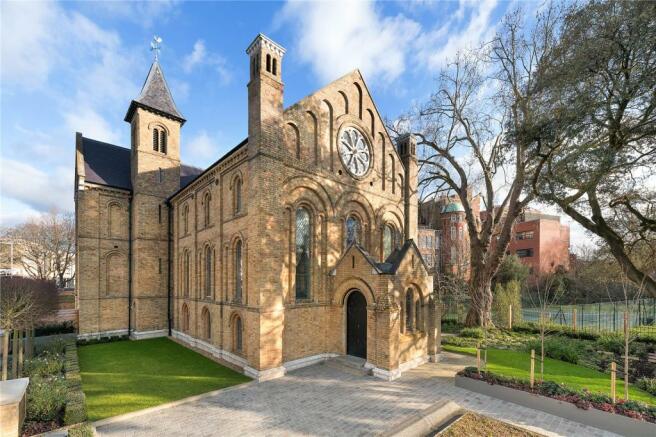 £12,000,000Knowing the purchase price means you can work out the total cost of buying the property.Read more about property price in our glossary page.
Added on 10/03/2022 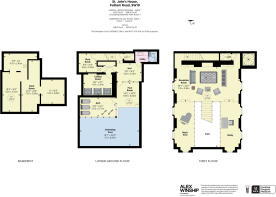 A very rare opportunity to acquire a recently completed Church Conversion on the Fulham Road.

With innovative designs and crafted interiors, this prestigious townhouse offers an engaging combination of history and contemporary luxury living.

The house of St John's was originally design by Victorian architect Edward Blore, best known for his contributions to the design of Buckingham Palace.

Edward Blore was also known for his contributions to the creation of Government House in Sydney Australia. The houses were designed in a Neoclassical or Romanesque style, using sandy coloured Suffolk bricks.

St John's House is one of two houses created out of the building originally designed to serve as the Chapel of the College of St Mark, the building, commissioned by Derwent Coleridge, the son of the poet Samuel Taylor Coleridge, was completed in 1841. The beautiful building was located within a green and leafy enclave that was also home to the Royal Exotic Nurseries.

In the 1920s a merger of two educational institutions created The College of St Mark and St John, of which the Chapel remained a part. In 1973, the College moved to Plymouth and in the years that followed the building was put to a number of different uses, including service as a film studio.

The exterior of the house has been carefully restored and enhanced, with sympathetic and functional landscaping surrounding the house, including private off street parking.

The architectural approach – lightly touches the original shell – crafted internally by Thorp Design – floating gently within the restored outline of the original building.

Internally a number of significant features do remain such as evocative period windows, which have now become an integral part of the townhouse. There is above all, the sheer sense of scale and volume of the house, which has inspired a number of soaring double and triple height spaces within.

St John’s house is ideally situated between Chelsea's Fulham Road and King's Road, with the many delights of both close to hand.

This engaging and historic district of central London hosts a number of green spaces and royal parks, including Hyde Park, Kensington Gardens and Holland Park. The banks of the River Thames are also a short walk away, including Chelsea Harbour and – just across the river – the open spaces of Battersea Park.

Disclaimer - Property reference SLH200002. The information displayed about this property comprises a property advertisement. Rightmove.co.uk makes no warranty as to the accuracy or completeness of the advertisement or any linked or associated information, and Rightmove has no control over the content. This property advertisement does not constitute property particulars. The information is provided and maintained by Savills, Chelsea. Please contact the selling agent or developer directly to obtain any information which may be available under the terms of The Energy Performance of Buildings (Certificates and Inspections) (England and Wales) Regulations 2007 or the Home Report if in relation to a residential property in Scotland.